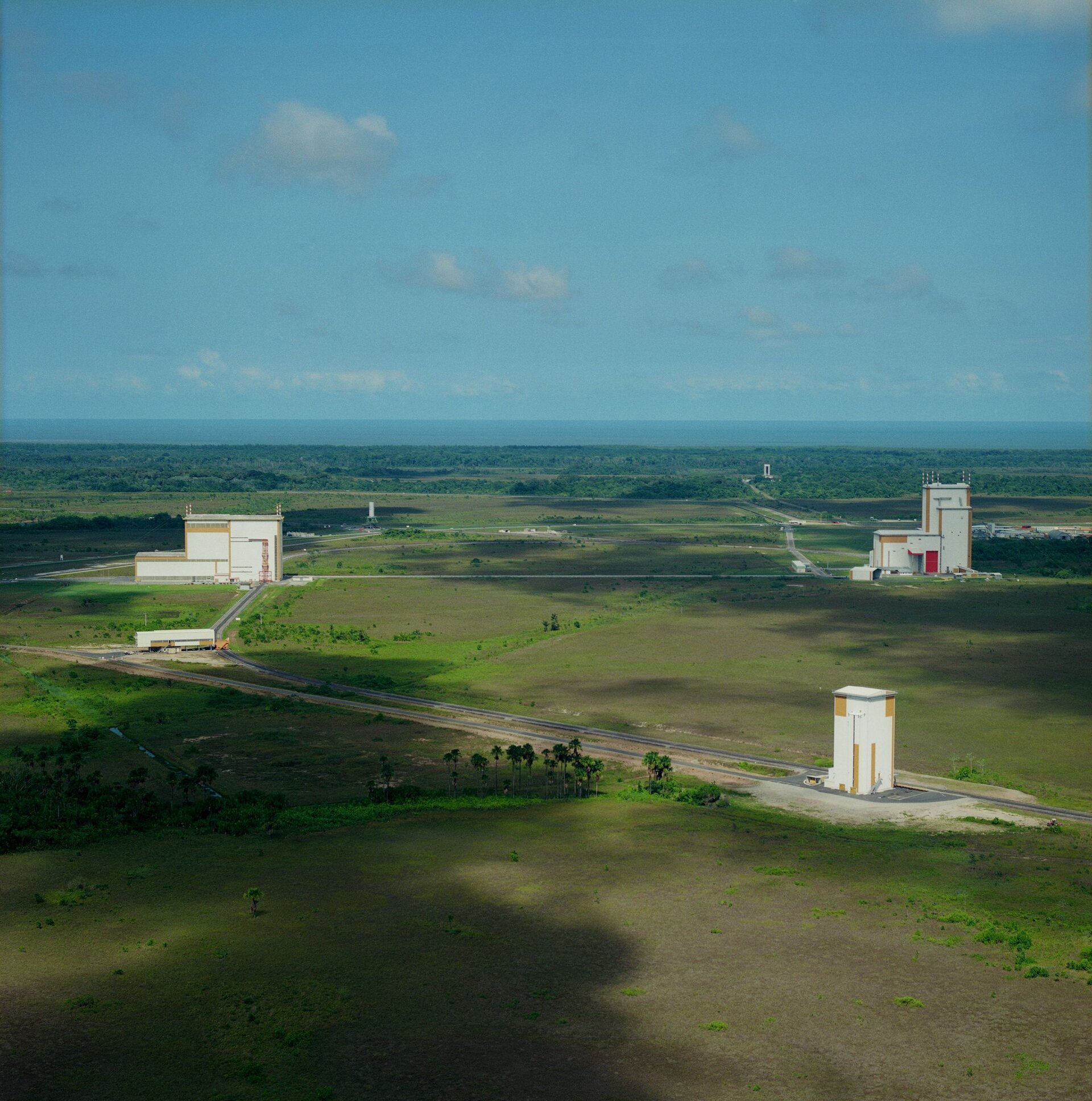 Aerial view of a part of the ELA-3 Launch complex.
Front: Booster Storage Building (BSE)) built in 1999 to accommodate the increase in the Ariane-5 launch rate.

Background: on the left the Launcher Integration Building on the right the Final Assembly Buiding (BAF).

The Ariane-5 ground installations (Ensemble N°3 de Lancement Ariane - ELA-3) which have been entirely financed by the European Space Agency, are constituted of four main areas.
Corresponding to the launch vehicle's concept, they have been built to streamline launch operations, to allow for further growth and to respect all the safety constraints.
The four main areas are:
- the solid-propellant Booster Integration Building
- the Launcher Integration Building (BIL)
- the Final Assembly Building (BAF)
- the launch zone