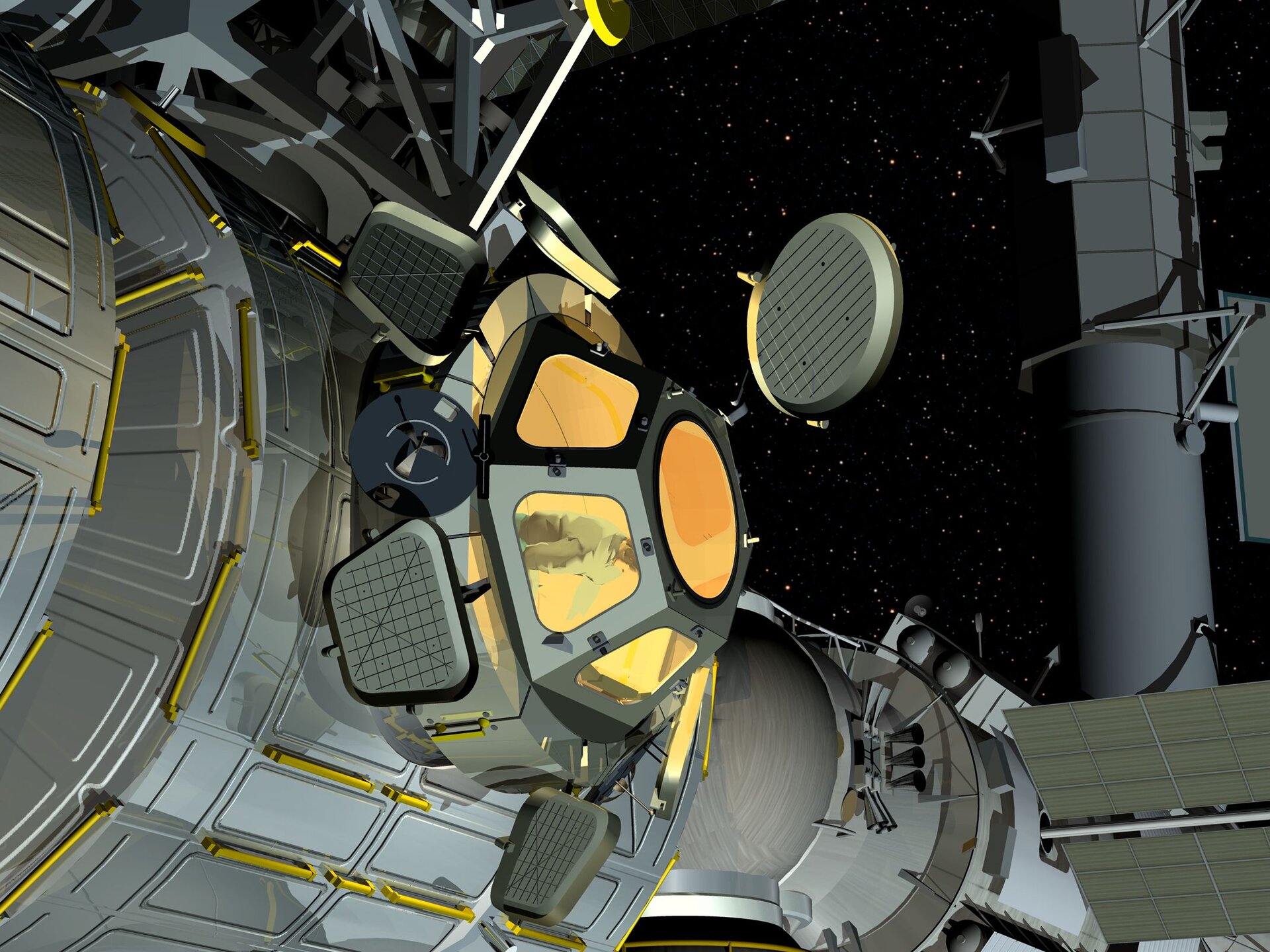 Cupola provides a pressurised observation and work area for the Space Station crew giving visibility to support, the control of the space station remote manipulator system and general external viewing of the Earth, celestial objects and visiting vehicles.
Fully assembled after five years, the International Space Station will have a total mass of about 400 t in orbit and 1300 m3 of habitable space - equivalent to the passenger cabin volume of two Jumbo jets. With a length of 108 m, span of 74 m and vast solar panels, it will shelter a permanent crew of three astronauts during the assembly phase and 6-7 once it becomes fully operational in 2003. There will be six laboratories, including Europe’s Columbus laboratory (seen here at left front) - all maintained with Earth-like atmospheres. An emergency crew return vehicle - initially a Russian Soyuz and later a NASA/ESA craft still under study - will always be docked once permanent habitation begins in 1999.
ESA will contribute to the demanding logistics schedule by launching the Automated Transfer Vehicle (ATV, seen in the process of docking, at the rear) on its large Ariane 5 launcher to deliver up to 9 t of cargo each time. ATV’s engines will also reboost the Station’s altitude to combat the orbital decay caused by atmospheric drag. Europe’s contributions also include two of the connecting Nodes, the European Robotic Arm, the Data Management System for the critical Russian Service Module, cryogenic freezers, a scientific glovebox and the Hexapod Earth-observing pointing system.