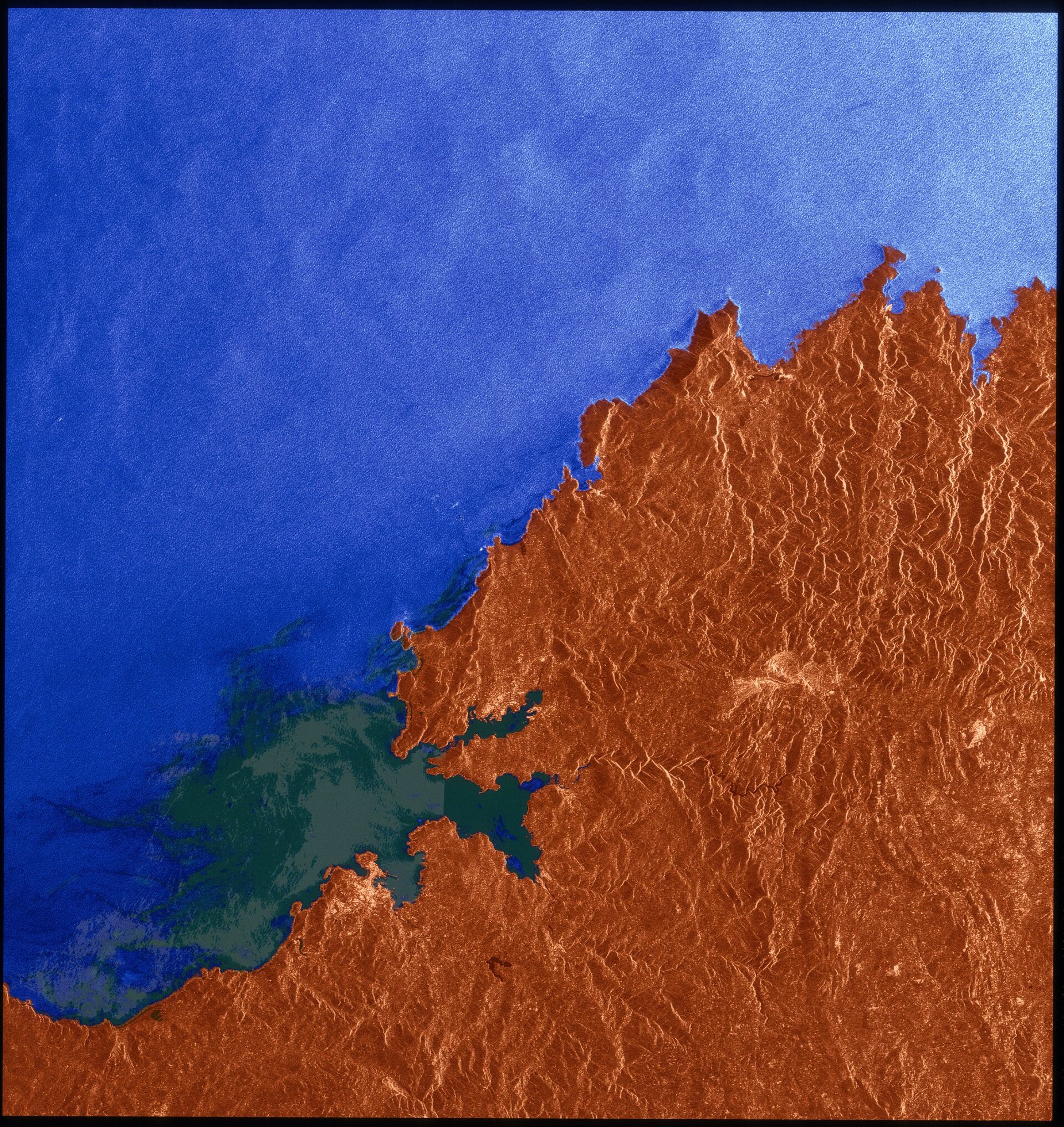 Because oil has a restraining effect on waves - pouring oil on troubled waters - the backscattering of radar, which depends on the roughness of the sea surface, reflects this
phenomenon. Very large oil spills, like this one from the wreckage of the tanker Aegean Sea near La Coruna in Northern Spain on 3 December 1992, provide spectacular examples of the
capabilities of ERS-1.

This multitemporal image shows the full extent of the marine pollution on 13 December 1992, (dark green), and what was still left three weeks later, on 2 January 1993 (lighter green); note
that the two bays to the right of the spill were not covered by ERS-1 on which date.

However, much marine oil pollution is caused by ships illegally cleaning their tanks or by oil rigs. These small slicks also pose an environmental problem. Norway, for example, is already routinely monitoring its coastal waters for these frequent, but low-volume sources of pollution - with ERS-1. Meanwhile, scientists are addressing the problem of ultimately being
able to clearly distinguish between oils slicks and natural slicks of harmless, biological material.