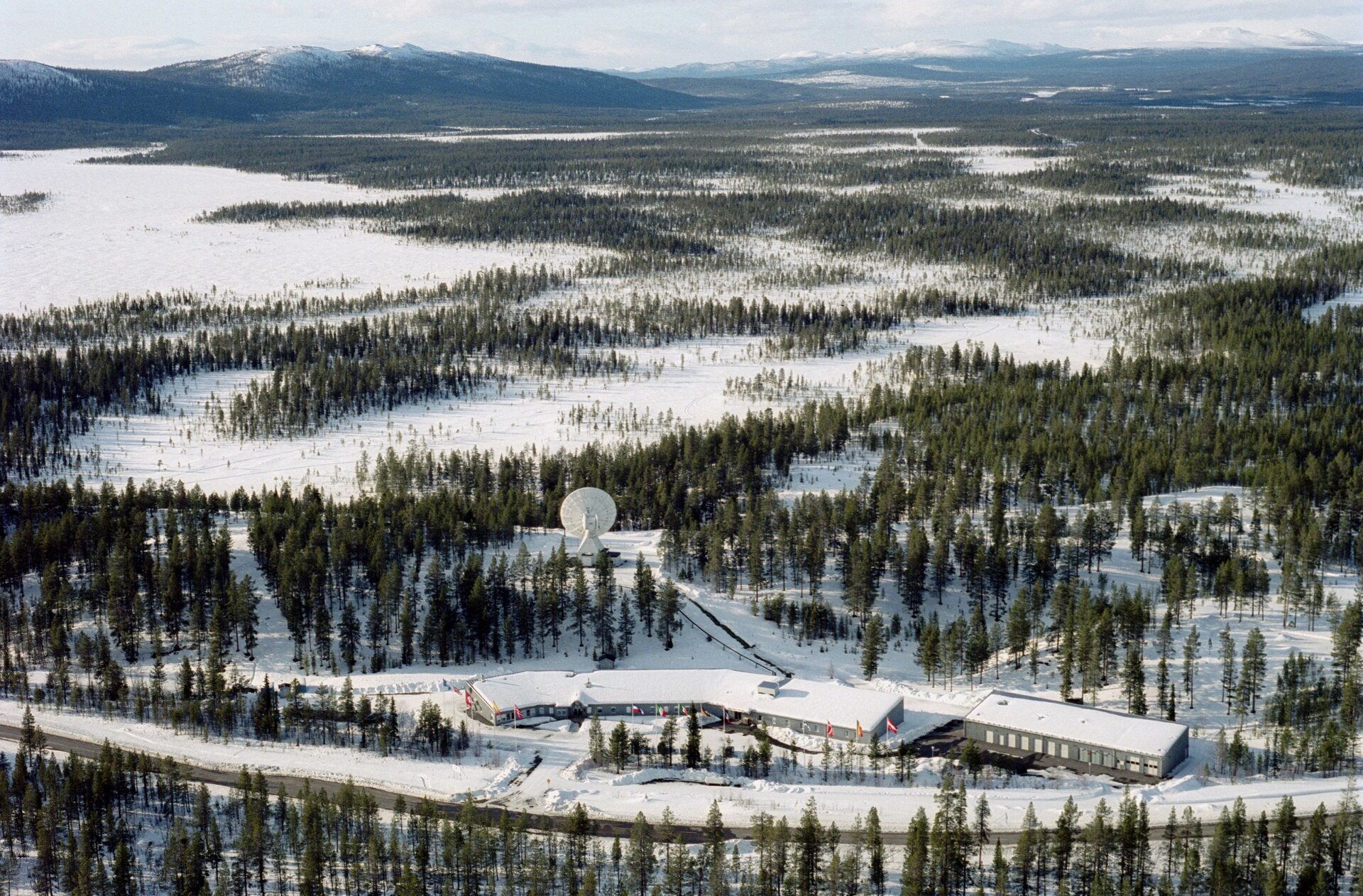 The Kiruna S-band and X-band station primarily supports the European Remote Sensing satellites, ERS-1 and ERS-2. It is equipped for tracking, telemetry and command operations as well as for reception, recording, processing and dissemination of data from the sensor instruments on-board the two satellites.
The Kiruna station is located at Salmijärvi, which is 38 km east of Kiruna in northern Sweden. The coordinates of the ERS-1/ERS-2 antenna are 67.85712518 deg. N latitude and 20.96434169 deg. E longitude. The antenna is sited at 402.275 m with respect to the WGS-84 reference ellipsoid.
The Kiruna station primarily supports ERS-1 and ERS-2 missions. The station comprises a Telemetry Tracking Command and Data Acquisition Facility (TTCDAF) and a Data Processing and Product Distribution Facility (PRODIS).
The station operates in S-band for uplink and downlink and in X-band for downlink only. In addition to the normal TTC functions of a ground station the TTCDAF includes a Reference Measurement System (RMS) for routine measurements of S-band and X-band satellite signals from the ERS satellites.
The station is connected to the Mission Management and Control Centre (MMCC) at ESOC via dedicated voice and data circuits. The station is remotely monitored and controlled from the MMCC under nominal operating conditions. A mini control centre is located at the station to provide backup in the event of a serious problem being encountered at ESOC.
ERS payload data is recorded at the station during a pass. After a pass, the recorded data is played back, processed, and distributed to the users by various methods.