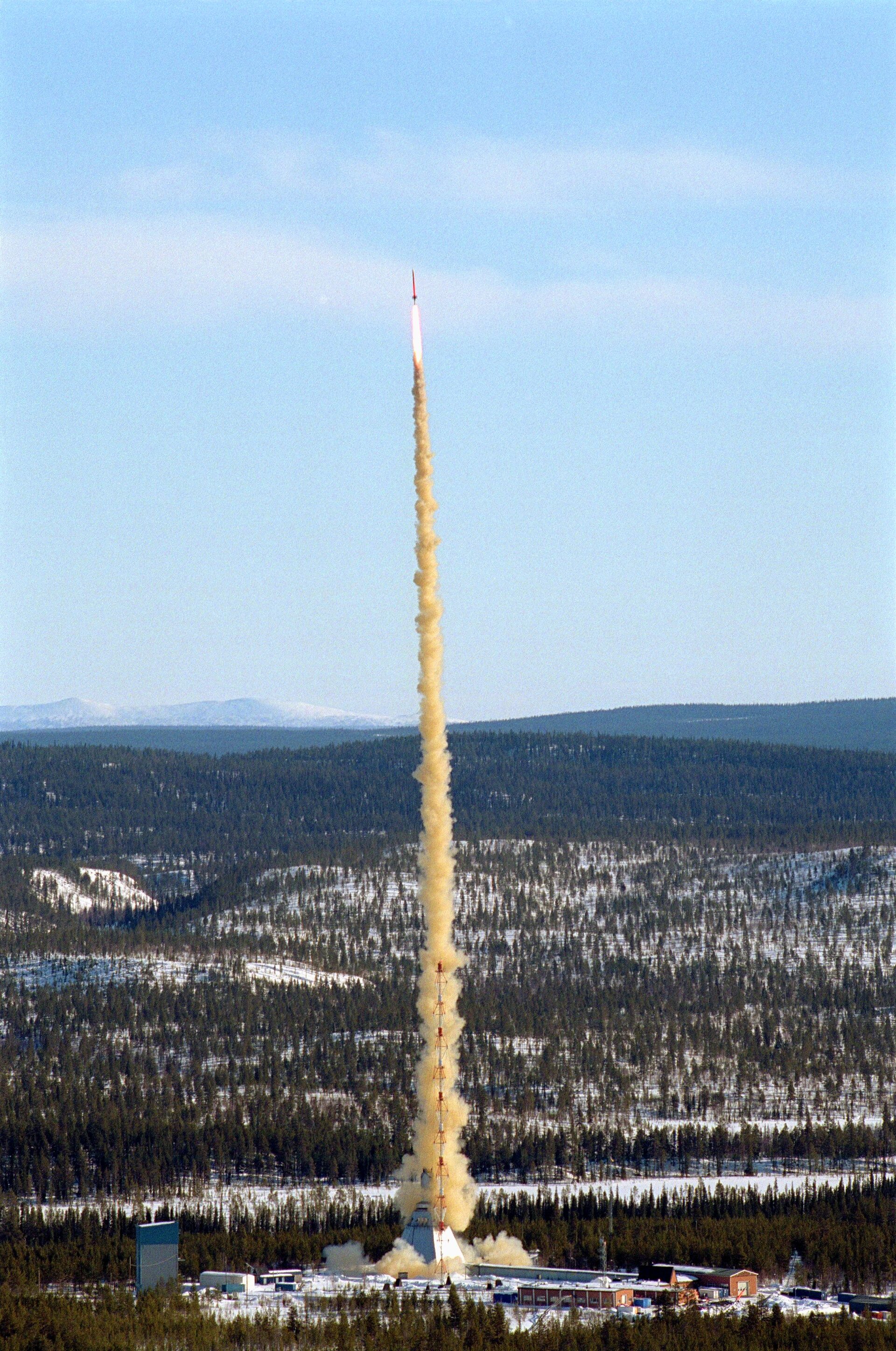 ESA’s Maxus 4 sub-orbital microgravity mission launch took place on the 29 April 2001 from ESRANGE, near Kiruna in northern Sweden.
During the last two years, scientists from five European countries have been working together with the engineering teams from Astrium GmbH and the Swedish Space Corporation in preparation for the Maxus 4 mission, which is funded by the European Space Agency.
The Maxus 4 flight will provide weightlessness to the experiments for the duration of about 12.5 minutes. On its flight, the payload will reach an apogee of 710km. On the down-leg, at an altitude of 6km the main parachute will be deployed to ensure the safe landing of the Maxus 4 payload at a distance of about 80km down-range. It will then be brought back by helicopter, normally within one hour after impact. The scientific payload weighing 490kg is housed in five autonomous experiment modules, each having access to telemetry, telecommand and video services.