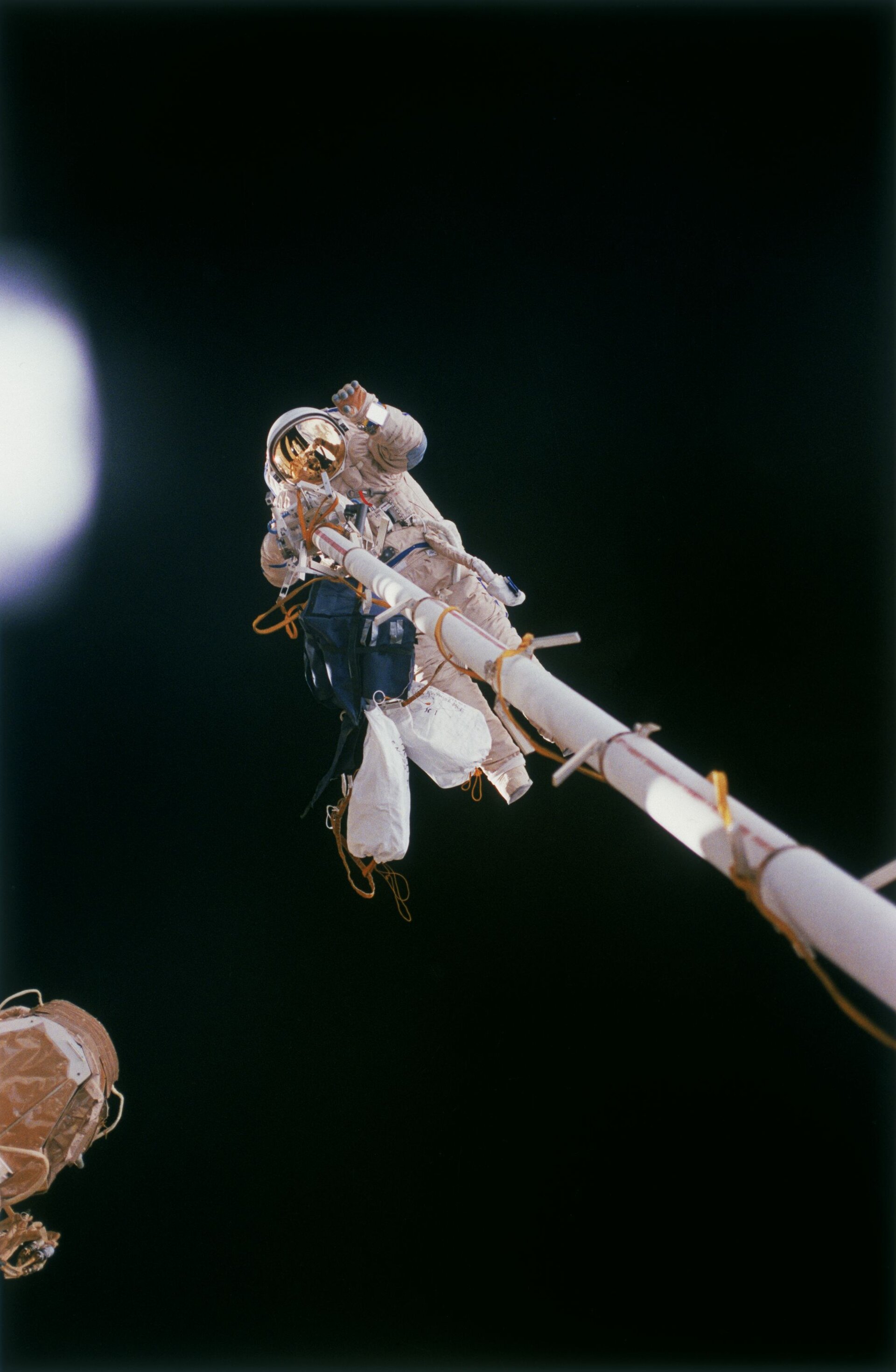 Thomas Reiter performed the first spacewalk by an ESA astronaut during the ESA–Russian EuroMir-95 mission to the Mir space station.

Thomas was flight engineer for this record-breaking 179-day mission (3 September 1995 to 29 February 1996). He performed some 40 European scientific experiments and helped to maintain the station, performing two spacewalks.