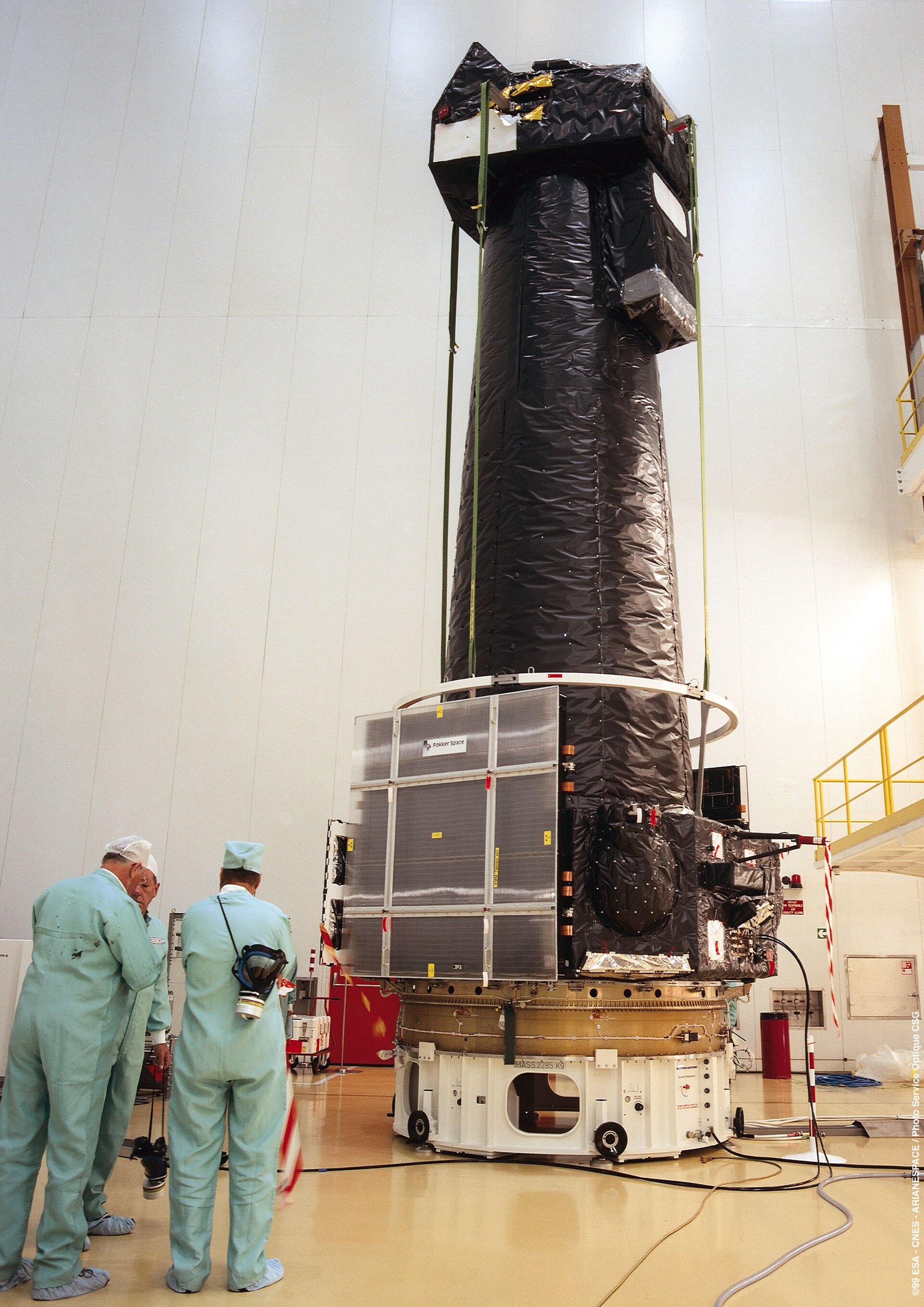 The unpacking of XMM in the BAF

Picture shows the unpacking of XMM in the BAF (Final Assembly Building) at the Europe’s spaceport (CSG), French Guiana.
The scientific objectives of this mission, for high-throughput X-ray spectroscopy, call for a powerfull imaging instrument with the largest possible collecting area, for high-quality spectral measurements of faint sources down to 2x10 -15 erg/cm2/s, together with fast low -and medium- resolution spectroscopy of brighter objects.

An assembly of 51 mirrors, carefully sized, formed and nested one inside another, makes the most sensitive X-ray telescope ever built. XMM will carry three identical telescopes of this kind.

This astrophysics mission is a Cornerstone in ESA’s long-term Space Science Programme Horizon-2000 and due for launch the 8 december 1999.