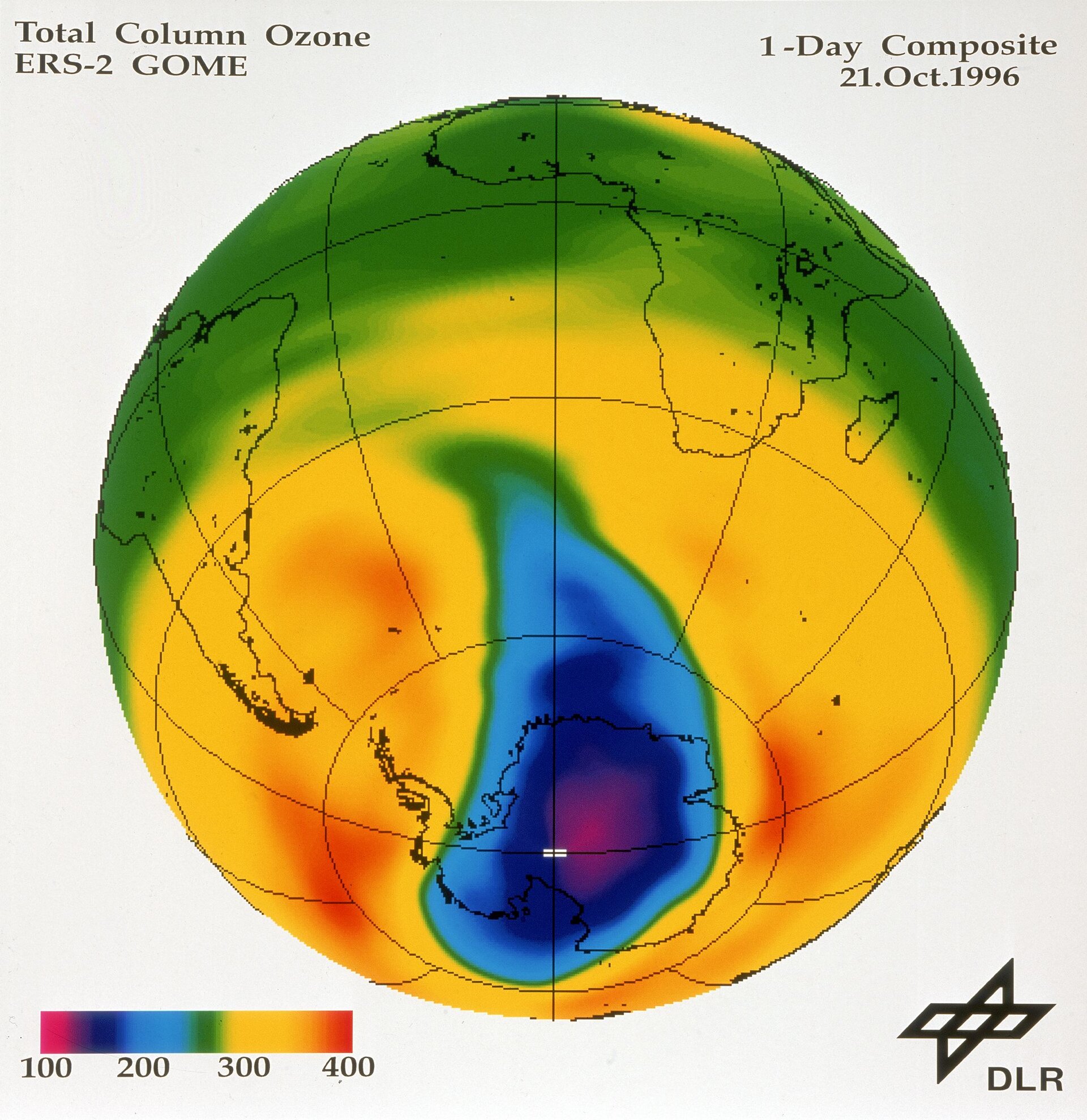 Like its predecessor ERS-1 (launched in July 1991 and successfully operational in orbit at an altitude of some 780 Km), the ERS-2 satellite launched on 21 april 1995 is monitoring the Earth day and night under all weather conditions thanks to its powerful sharp-eyed, clouds piercing radars. ERS-2 is moreover carrying an instrument which helps monitoring the ozone layer around the Earth.
GOME Ozone measurement at 21 October 1996, illustring the opening of the ozone hole during austral spring. This image was produced from GOME derived data provided by the Dutch meteorological office, KNMI, which had been pre-processed by DLR using algoritms developed at the IUP of the University of Bremen.Dark blue and black colors indicate dramatically low ozones values, less than 180 Dobson units ; green and yellow indicate normal values starting at 300 Dobson units ; red marks above average values up to maximum values of 500 Dobson units. To obtain this very smooth representation, KNMI merged processed GOME/ERS-2 data with weather data on atmospheric circulation to produce a snapshot picture of the situation on 21 October 1996.