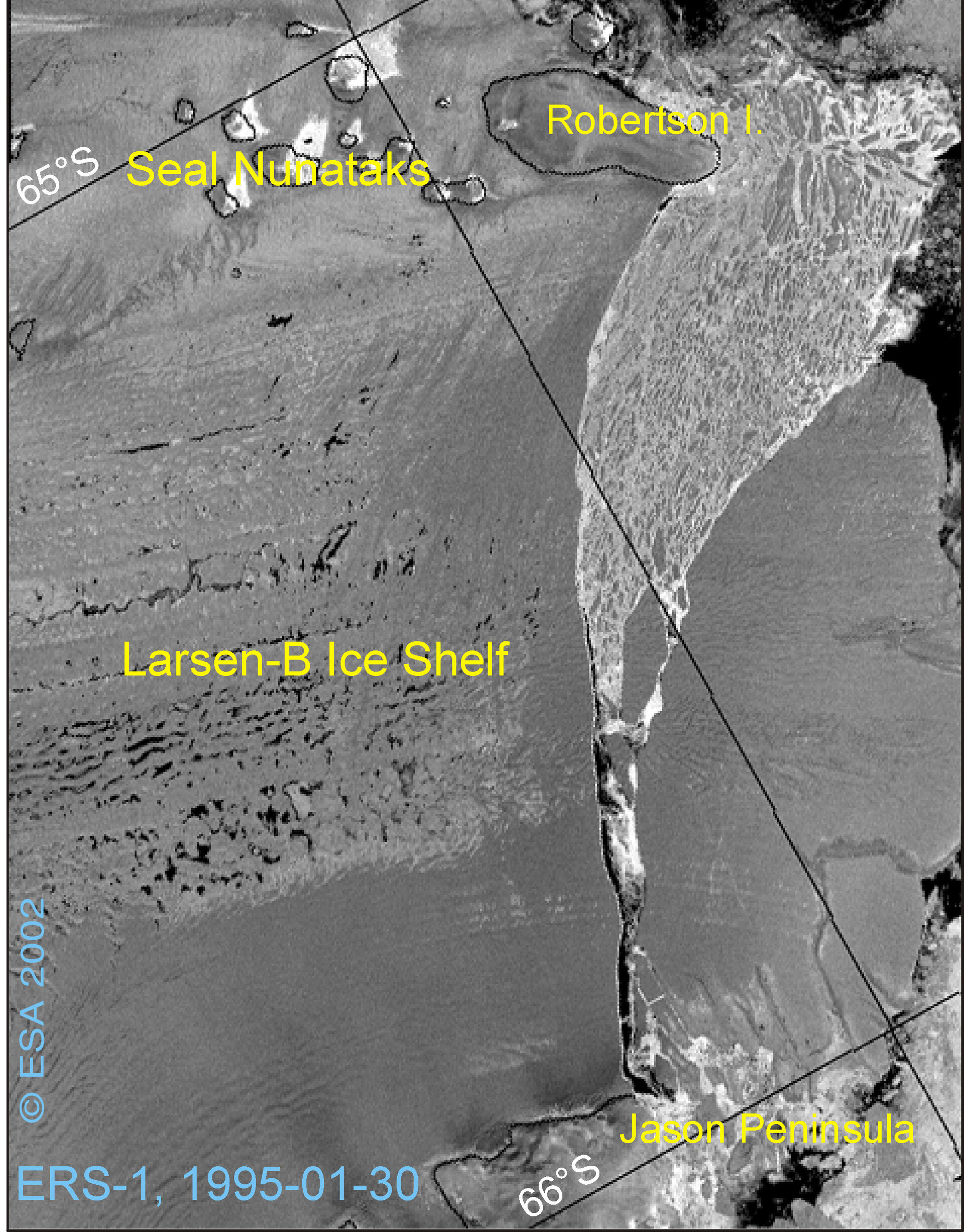 Over the last 50 years an average temperature increase of 2.5°C has been observed at the climate stations on the Peninsula. This has triggered the retreat and break-up of several ice shelves, culminating in the collapse of the two northern parts of the Larsen Ice Shelf in January 1995 (Larsen A) and in March 2002 (Larsen B). The launch of Envisat on 1 March 2002 occurred just in time to capture the dramatic break-up of Larsen B.