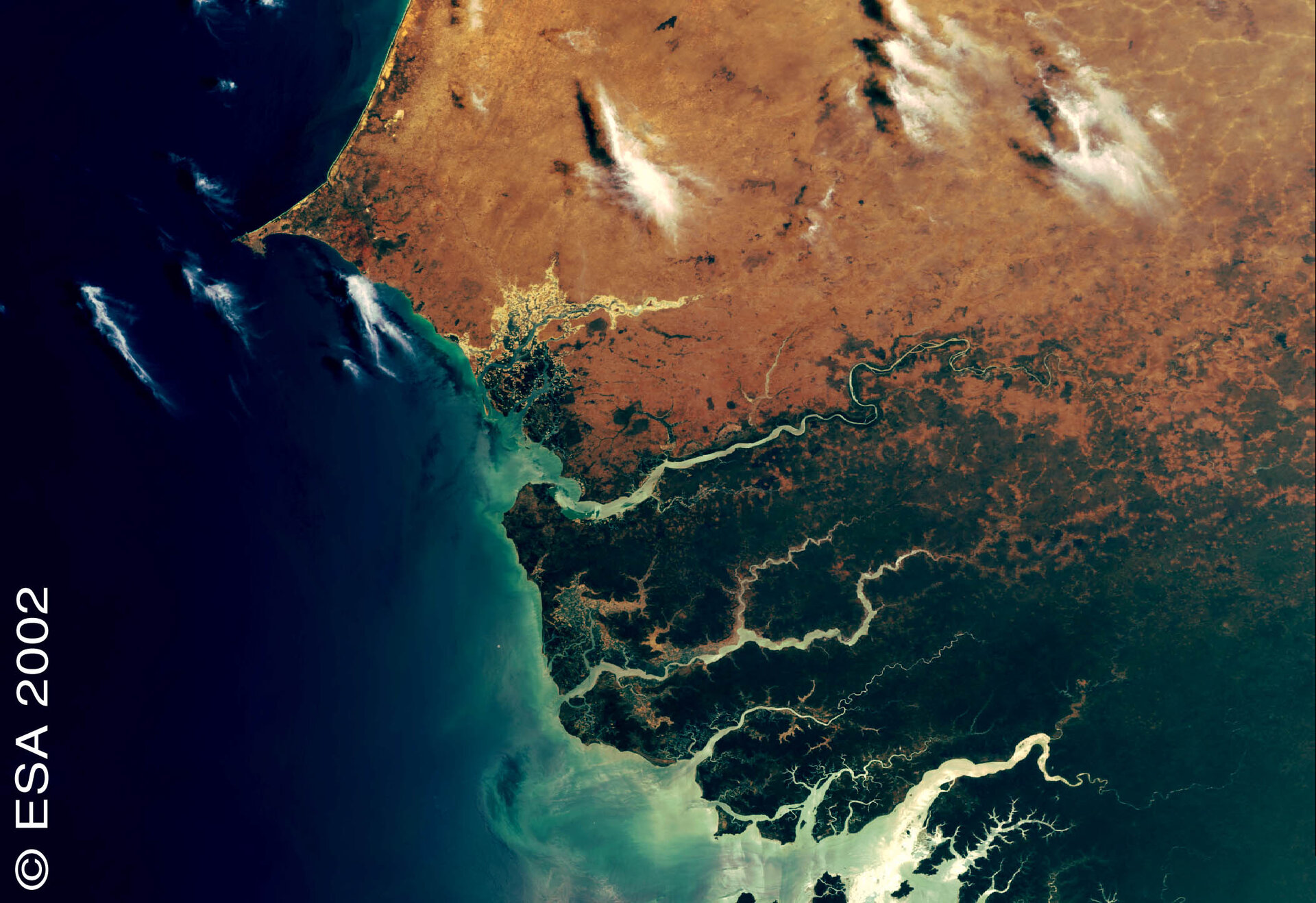 One of the first photos taken by Envisat, ESA's Earth observation satellite on 22 of March 2002.
This MERIS image shows the complex river system inside Casamance with its heavy discharge into the sea. A series of such images are needed to monitor the transport of sediment which arises from inland soil erosion.
This scence covers the transition zone between savannah in the north and tropical vegetation in the south. MERIS can also monitor the intensification of land use which leads to increased erosion and soil loss.