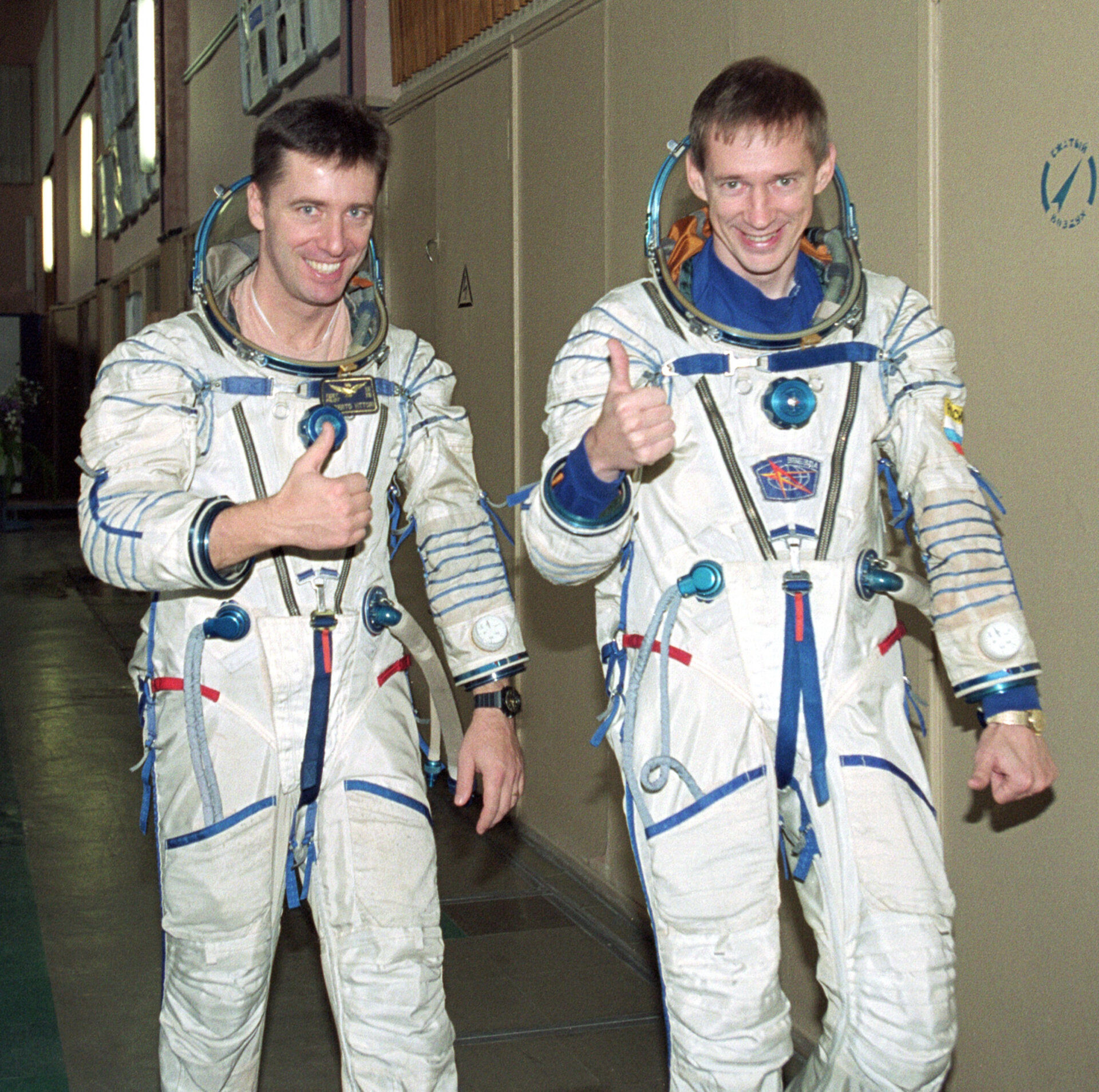 European astronauts Roberto Vittori, Frank De Winne during their training in the Star City facilities near Moscow, in October 2001.
April's scheduled Soyuz launch - a 'taxi flight' to the International Space Station - will carry with it a European astronaut on his maiden voyage into orbit. For Italian Roberto Vittori, the launch will mark a literal high point in his career so far. And although has never been in space before, he will be bringing a wealth of flying experience to the Marco Polo mission.