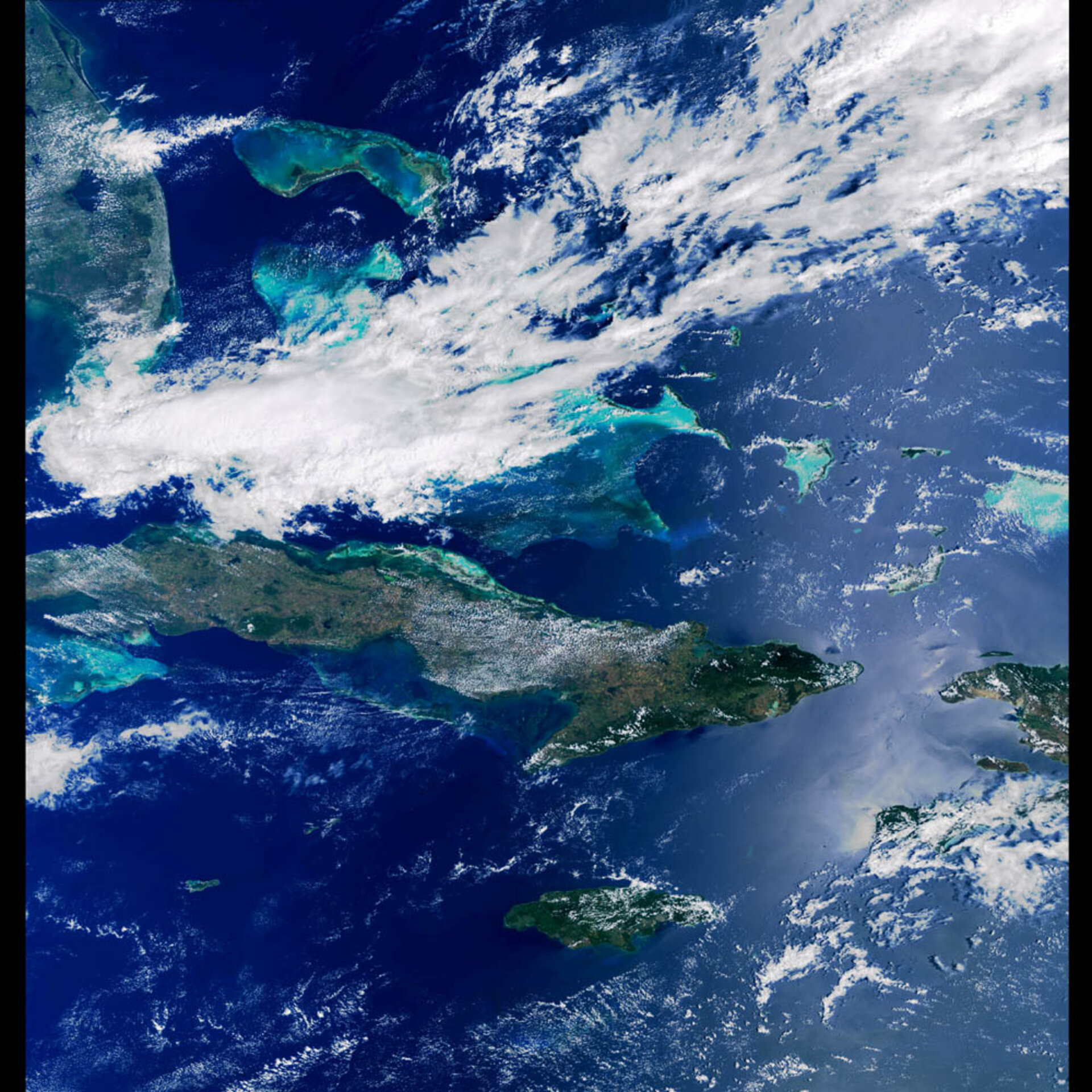 Satellite image of the Caribbean Sea taken by the MERIS instrument on board Envisat, 24 March 2002

Image taken by the MERIS instrument on board Envisat on 24 March 2002. The main island in this MERIS image of the Caribbean Sea is Cuba, the largest and westernmost island in the West Indies. Its 3740-km coastline has coral islands and white, sandy beaches to the north.

South of Cuba is Jamaica. The highest point on the island is the Blue Mountain Peak, at 2256 meters.

Hidden by the clouds, are The Bahamas, an archipelago of about 700 islands extending from Florida, to the eastern tip of Cuba. The beautiful turquoise colour of the waters around these islands is due to shallow water and the presence of coral reefs. The Caribbean Sea contains unique coral reefs, the only ones active in the Atlantic Ocean. Coral, however, can survive only in a narrow range of temperatures and a global rise in sea temperatures could threaten their survival and affect the economies of the region.