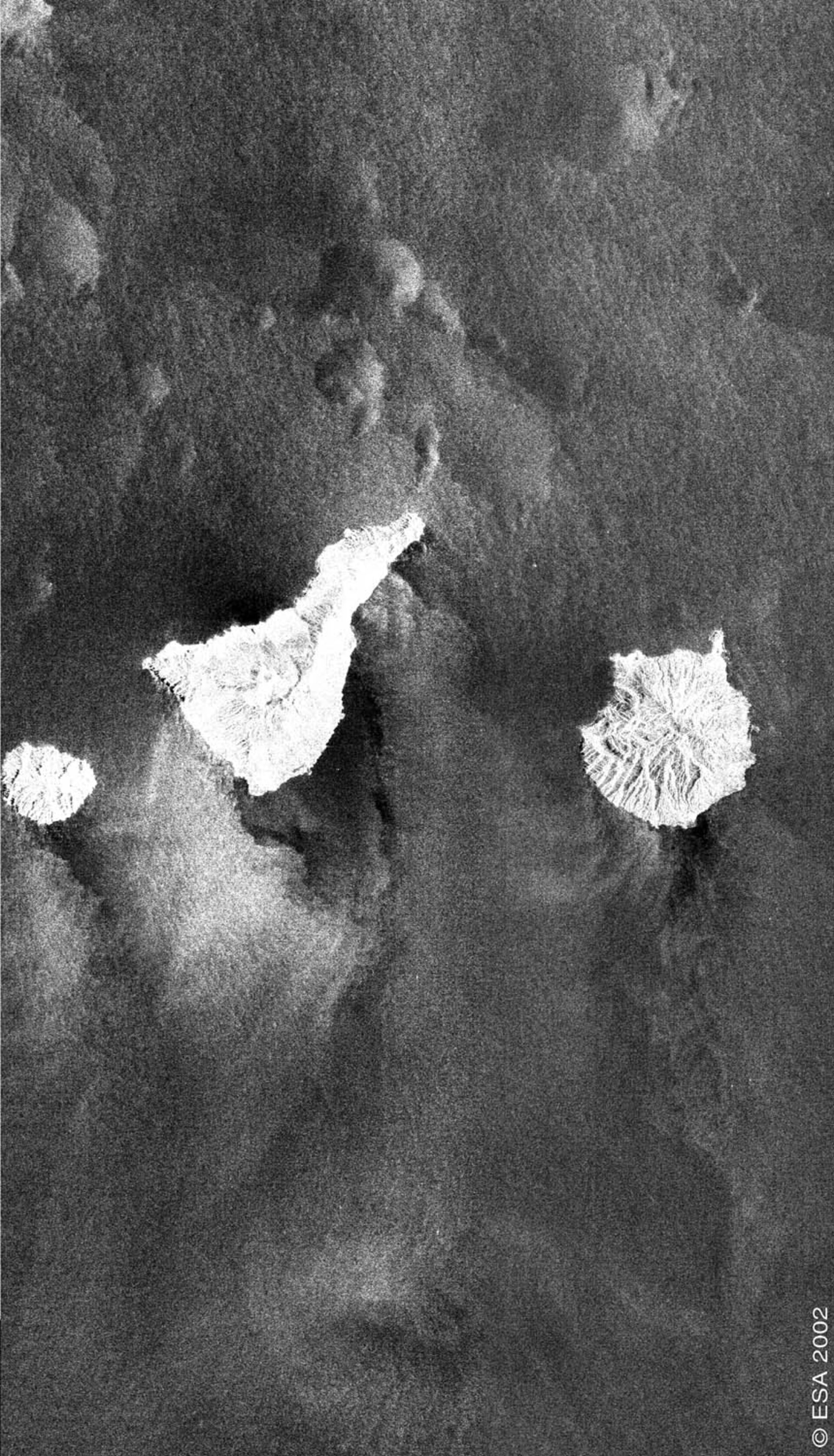 This 220-km subset of an ASAR wide-swath image displays three of the Canary Islands, off the African coast in the Atlantic Ocean. From left to right are the islands of Gomera, Tenerife and Gran Canaria.

The image also demonstrates many of the features associated with the imprint of atmospheric boundary layer effects on the ocean surface.