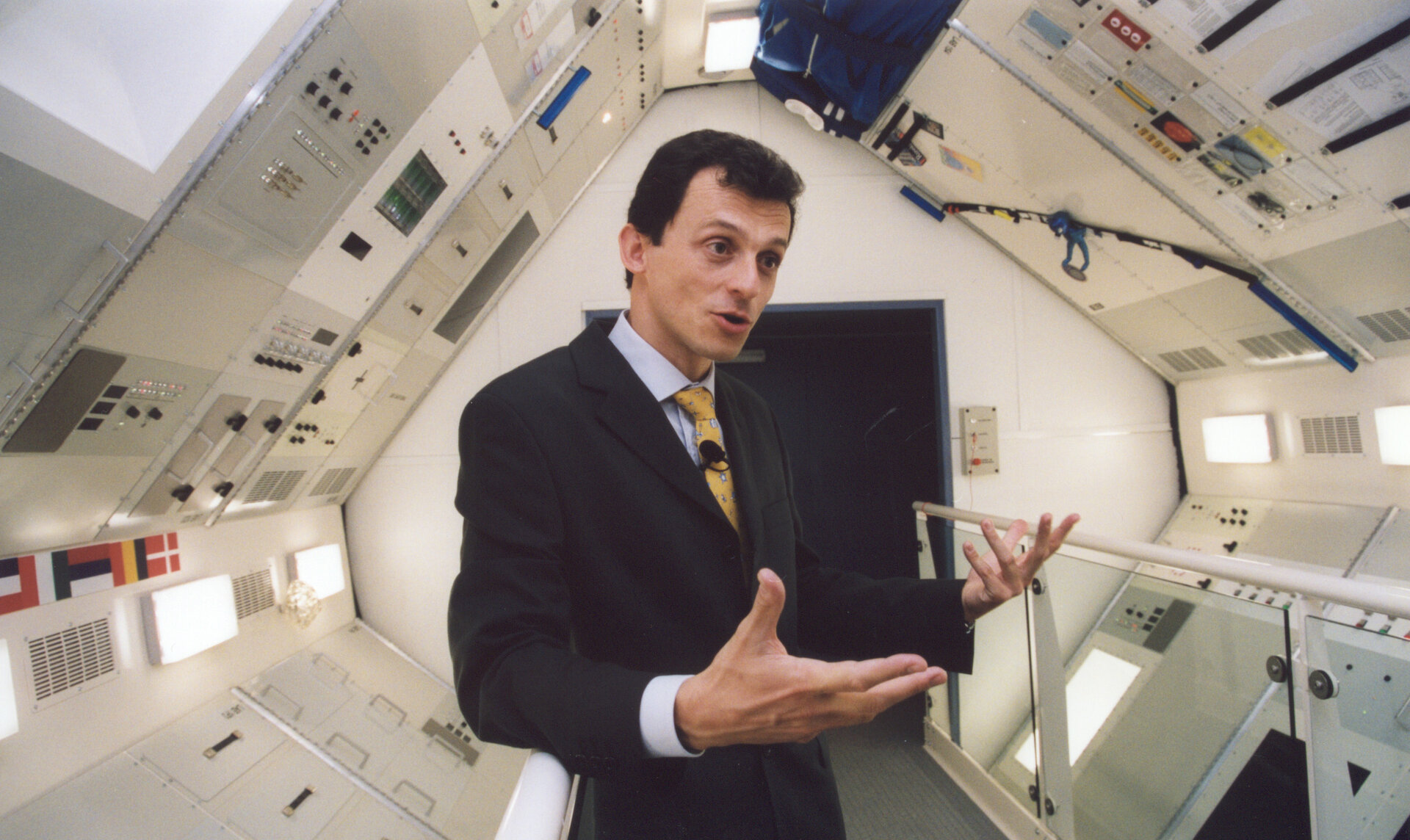 Pedro Duque during the opening of the 'Space Walk'

Pedro Duque during the opening of the 'Space Walk' and exhibition at the Museum of Sciences "Príncipe Felipe" in Valencia, 5 June 2002.

ESA astronaut Duque will carry out a full scientific programme, spending some 40 hours of his eight day stint on the ISS on experimental activity. Most of the experiments are sponsored by the Spanish government although there are also a number of reflights of experiments from the Belgian Odissea mission to the ISS in October 2002.
Duque will also participate in a number of educational and promotional activities with the aim of bringing the European human space programme and research performed in space to a wider public, and young people in particular.