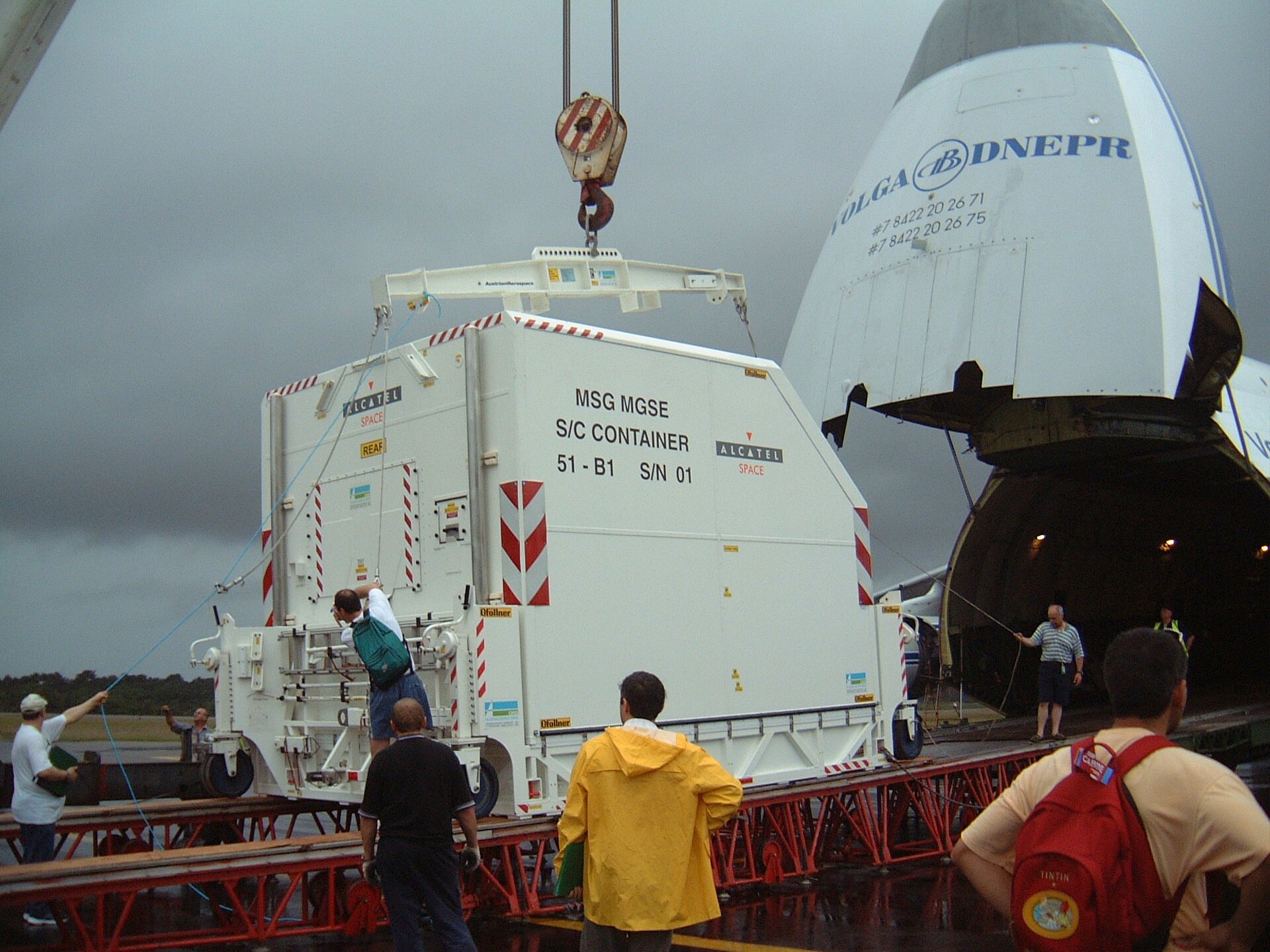 The new European meteorological satellite Meteosat Second Generation unloaded in Kourou, French Guiana, from an Antonov-124 heavy lifter aircraft. The satellite was built at Alcatel Space Industries in Cannes and flown to the European Spaceport in South America in a dust free, air-conditioned container. After thorough testing, the two-tons satellite will be integrated into the launcher and prepared for lift-off in August 2002.