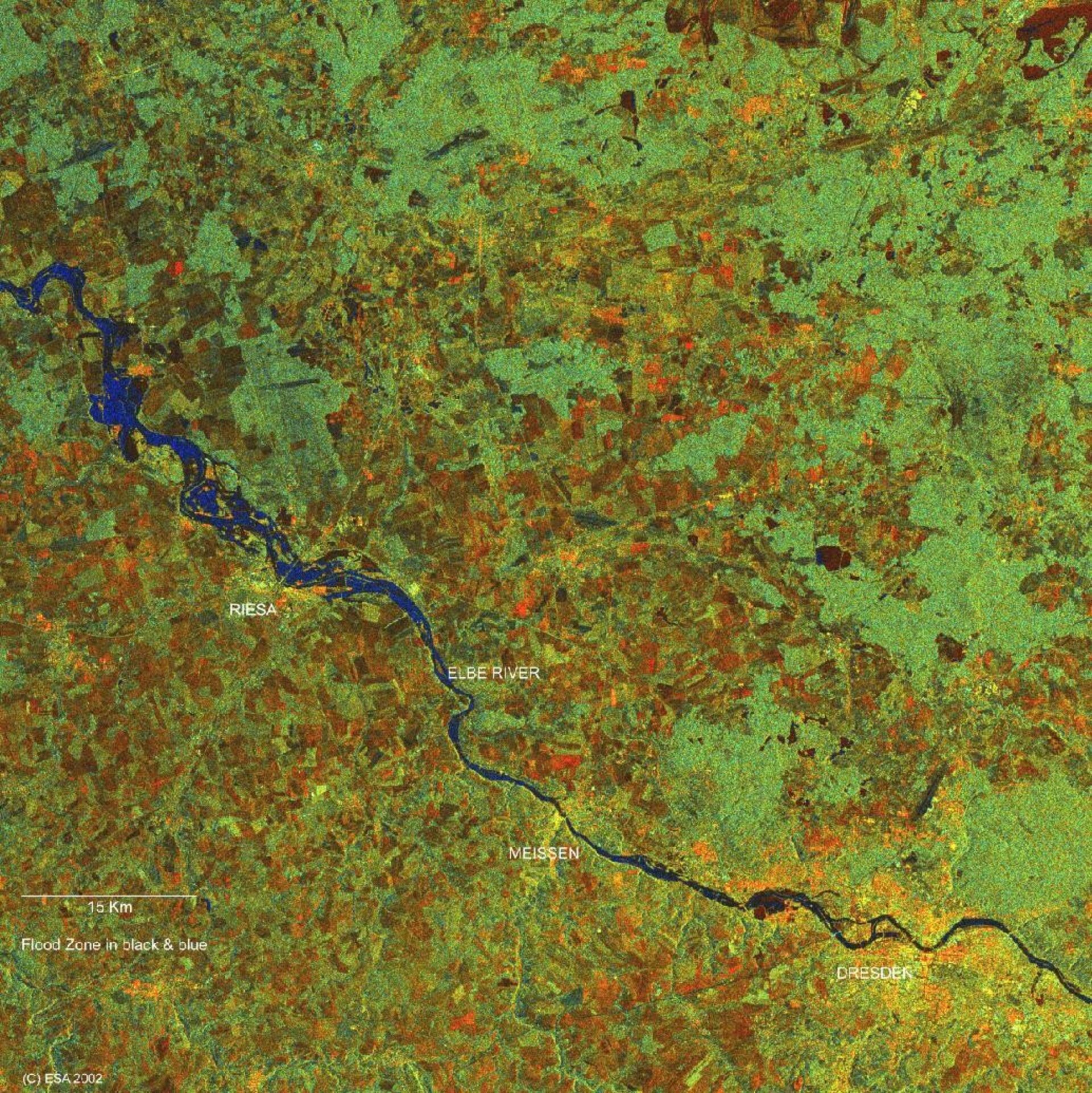 This Envisat radar image of the Elbe valley in Sachsen (Germany) was taken on 19 August 2002, around 11:30 (local time). It shows the flooded areas at that time (in black or blue). The flooded areas are particularly large around the city of Riesa.

This image demonstrates the increased capabilities of the Advanced Synthetic Aperture Radar (ASAR) onboard the Envisat spacecraft as compared with the SAR sensors on the earlier ERS generation of satellites, while offering a continuity of service to users.

Envisat’s ASAR instrument is the first permanent spaceborne radar to incorporate dual-polarisation capabilities - the instrument can transmit and receive signals in either horizontal or vertical polarisation. This Alternating Polarisation (AP) mode can improve the capability of a SAR instrument to classify different types of terrain. Because the reflective properties of a surface are dependant on the polarisation of the incoming radar signal, the use of more than one type of polarisation provides valuable extra information.