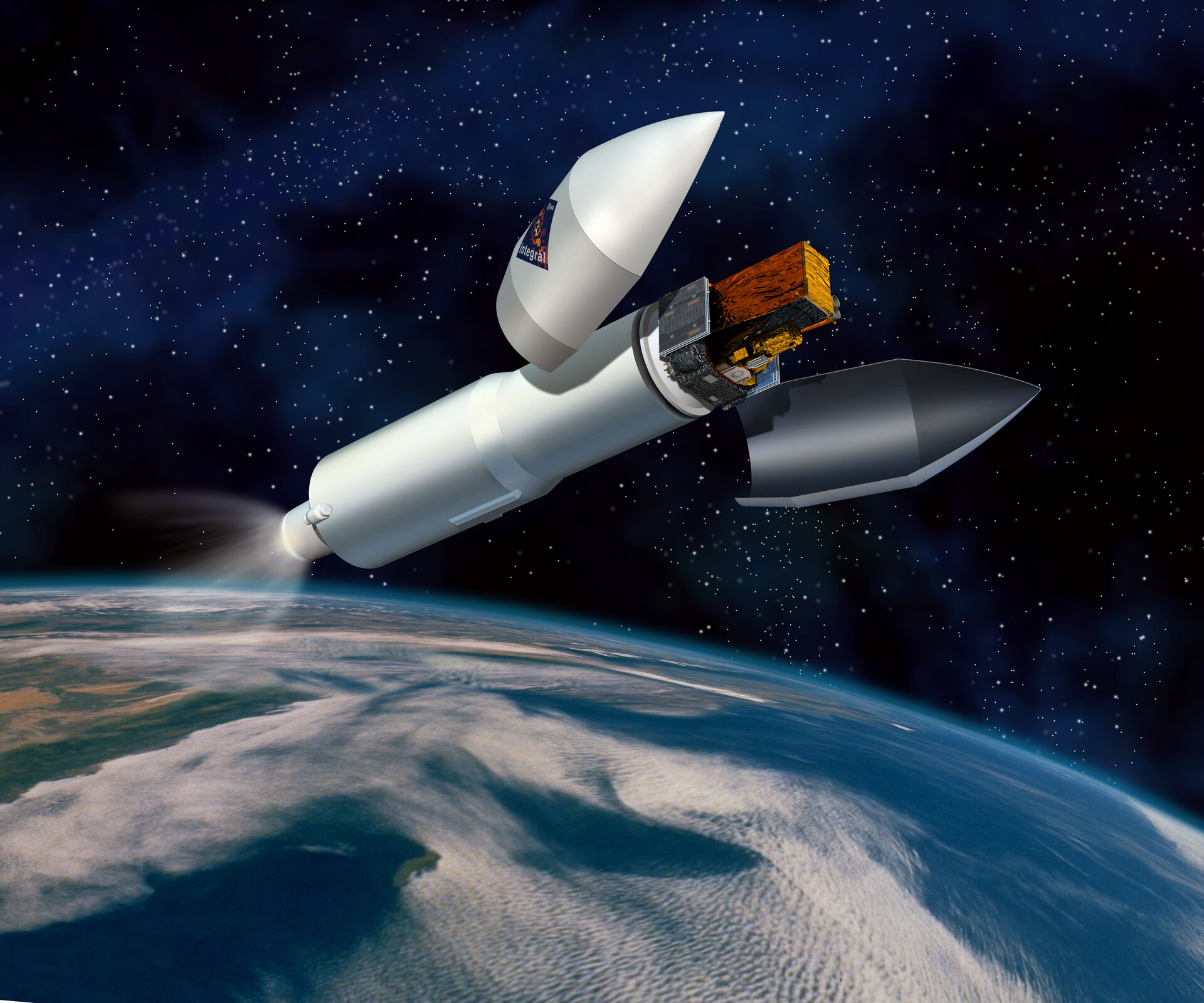 An artist's impression of the Integral and Proton: the launcher with its payload

Integral will provide new insights into the most violent and exotic objects of the Universe, such as black holes, neutron stars, active galactic nuclei and supernovae. Integral also will help us to understand processes such as the formation of new chemical elements and the mysterious gamma-ray bursts, the most energetic phenomena in the Universe.

Integral will be launched by a Proton rocket, Russia's largest operational launch vehicle. A powerful launcher is absolutely essential to put the heavy spacecraft into an unusually high Earth orbit which is crucial for the scientific success of the mission.