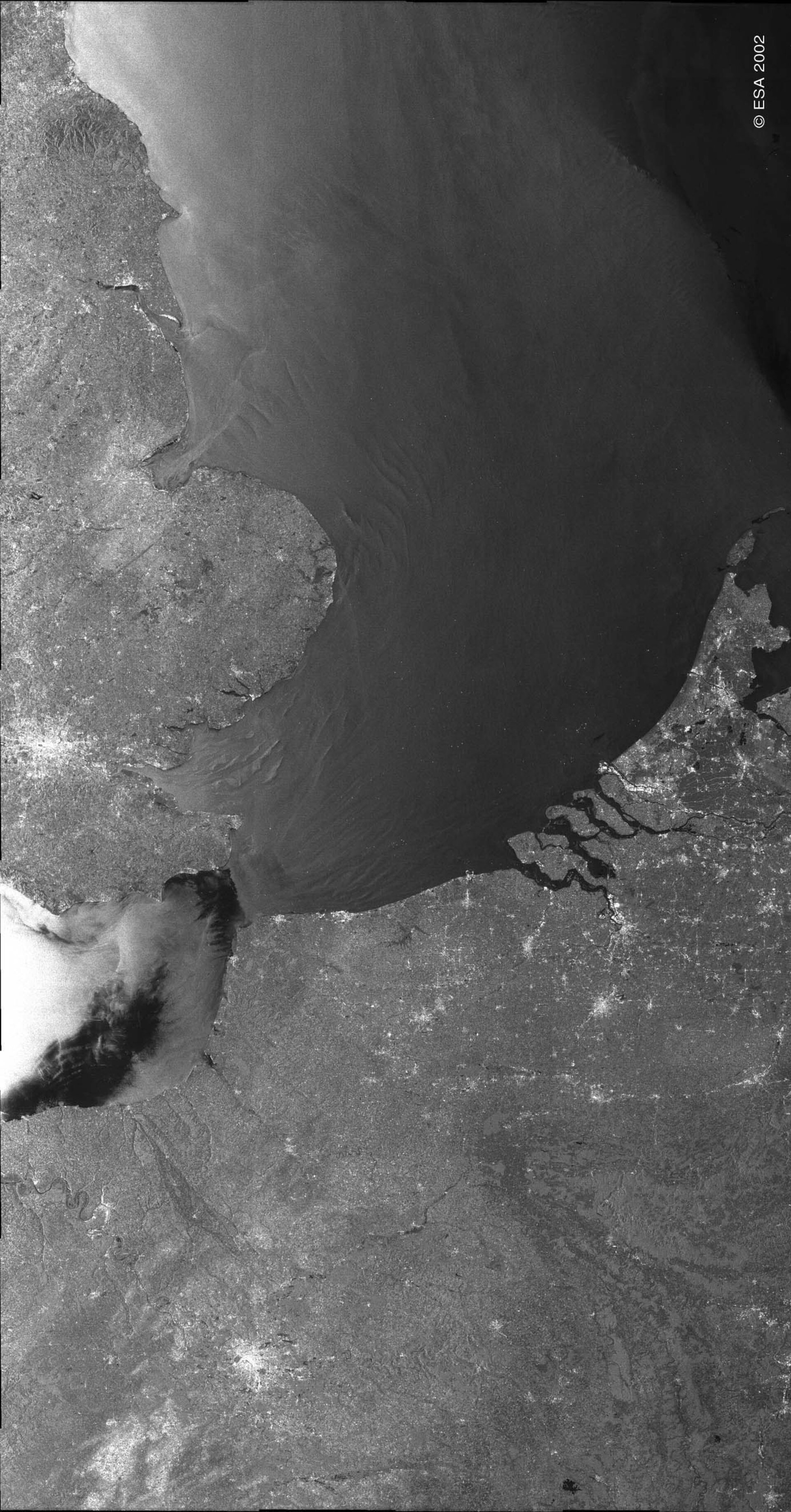 This ASAR Wide Swath image of northwest Europe shows the coastlines of the Netherlands, Belgium, France and England bordering the North Sea.
The brighter land areas are major European cities. Particularly bright in the centre left of the image is London. The small dark patch in the middle of the city is Hyde Park. Also clearly recognisable is Paris towards the bottom of the image.
The dark square to the northwest of the city is the Bois de Boulogne. Amsterdam can be seen in the centre right of the image.The bright flecks in the sea between the UK and mainland Europe are ships and oilrigs. Off the Dutch coast, a small dark area shows a possible oil slick, probably due to illegal dumping.
Radar instruments can detect changes in the roughness of the water’s surface caused by seabed topography, such as sand banks. The sea-surface expression of these features can be seen off the northern coast of Belgium parallel to the coastline, and also extending from the Thames Estuary. Numerous ships can be seen in the English Channel between Dover and Calais; the volume of traffic in this waterway shows why it is the busiest in the world.
A weather front at the northern end of the Channel is reducing the surface roughness of the sea, causing the image to appear darker. Another weather front can be observed in the top right of the image, causing a weaker change in observed image intensity.