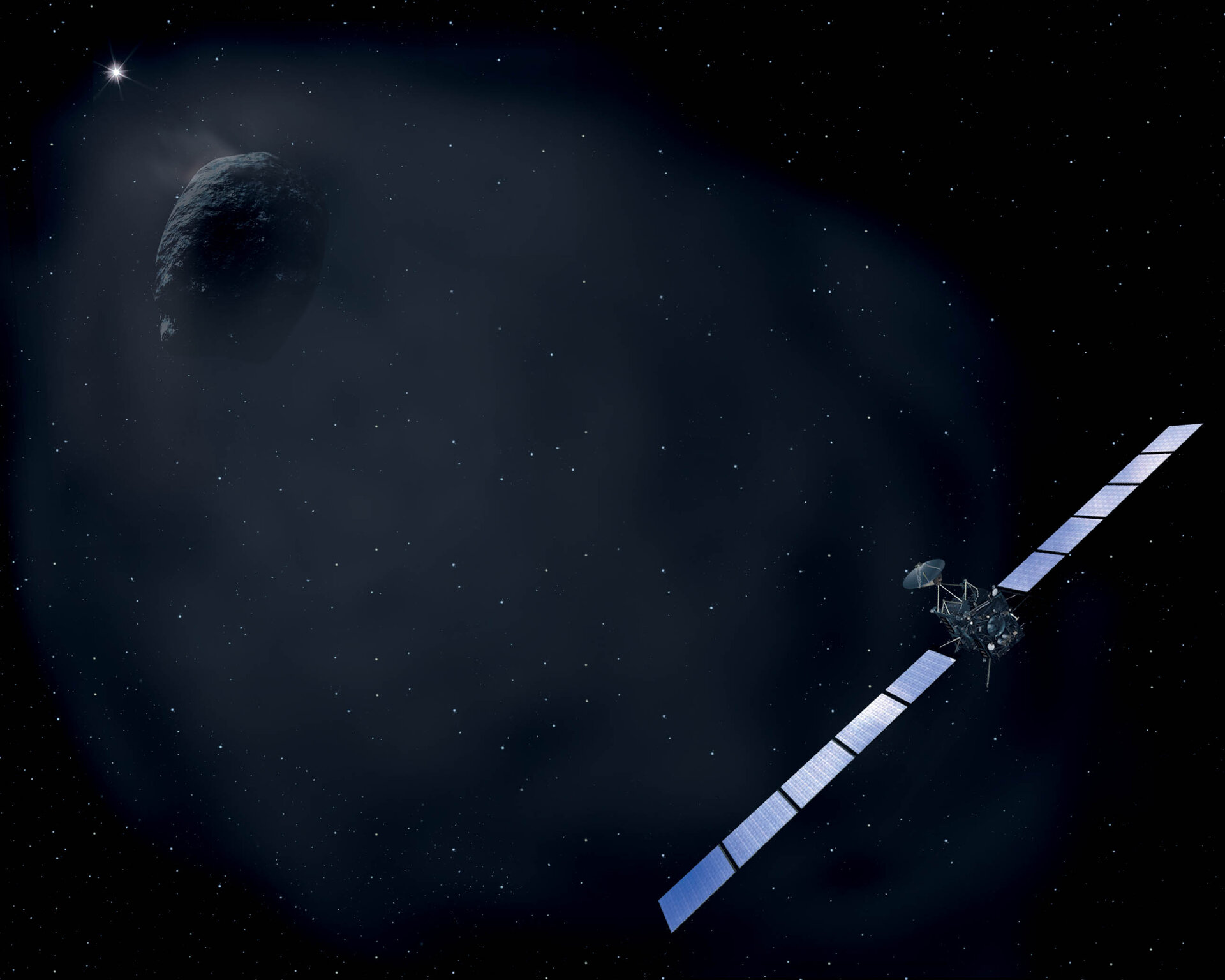 An artist’s impression of Rosetta waking from deep-space hibernation to rendezvous with Comet 67P/Churyumov-Gerasimenko in 2014.

After the third Earth-gravity assist and a large deep-space manoeuvre, the spacecraft will go into hibernation (July 2011 – January 2014). During this period, Rosetta will record its maximum distances from the Sun (about 800 million kilometres) and Earth (about 1 thousand million kilometres). The spacecraft will be reactivated prior to the comet-rendezvous manoeuvre, during which the thrusters will fire for several hours to slow the relative drift rate between the spacecraft and comet to about 25 m/s.