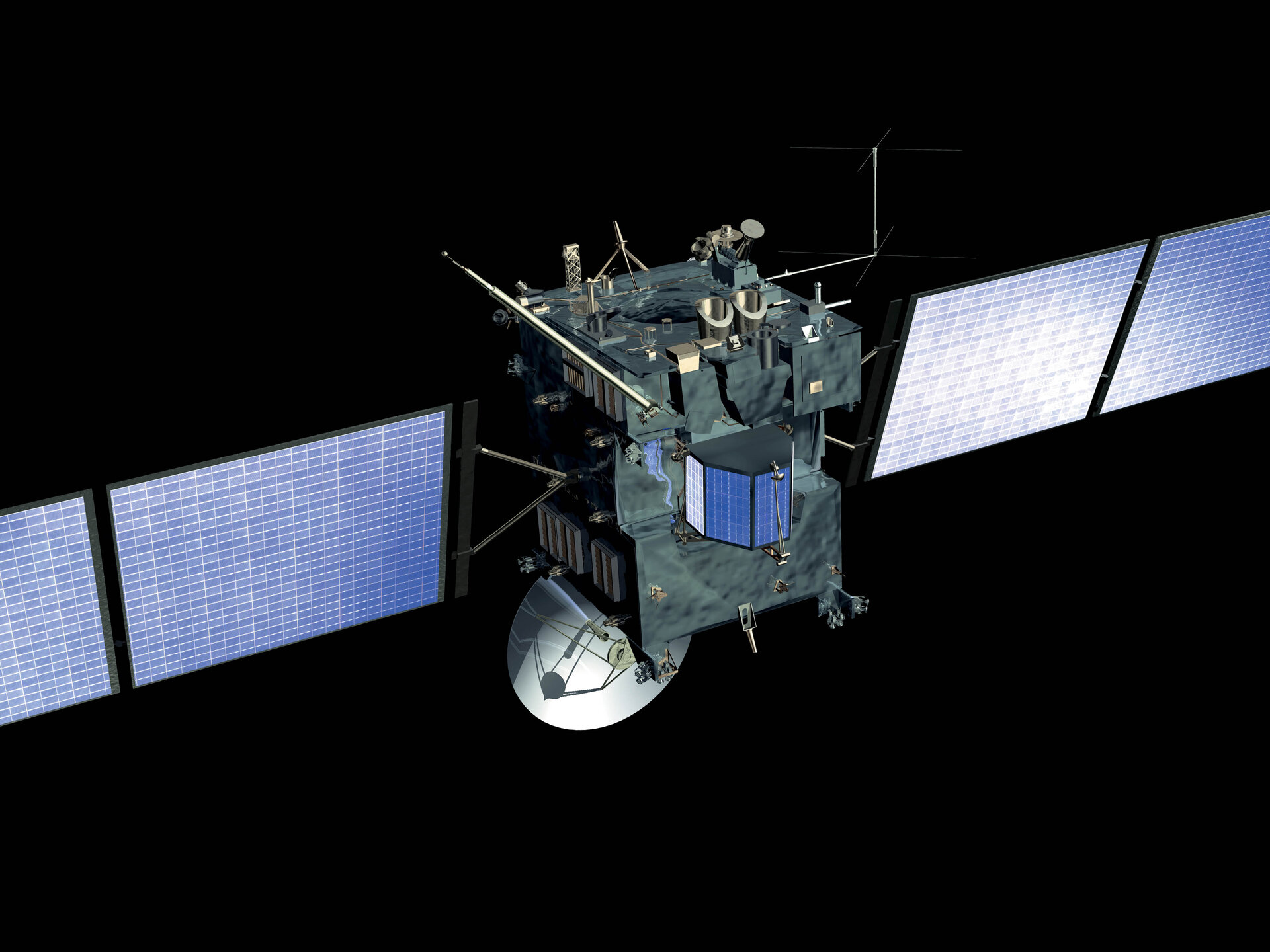 Rosetta and its instruments

Artist’s view of ESA's Rosetta spacecraft design. Visible on the front side of the spacecraft is the tiny Philae lander. The spacecraft is covered with dark thermal insulation in order to keep its warmth while venturing into the coldness of the outer Solar System, beyond Mars’s orbit.

Selected in November 1993 as a cornerstone mission of ESA's long-term science programme, the Rosetta probe was launched by an Ariane 5 on 2 March 2004, on an 11-year journey to the Comet 67P/Churyumov-Gerasimenko.

The spacecraft carries 11 science instruments to probe the comet's nucleus and map its surface in fine detail. It will also land a package of instruments (the Philae lander) to study some of the most primitive, unprocessed material in the Solar System. The mission will provide clues to the physical and chemical processes at work during the formation of planets, beginning 4600 million years ago.