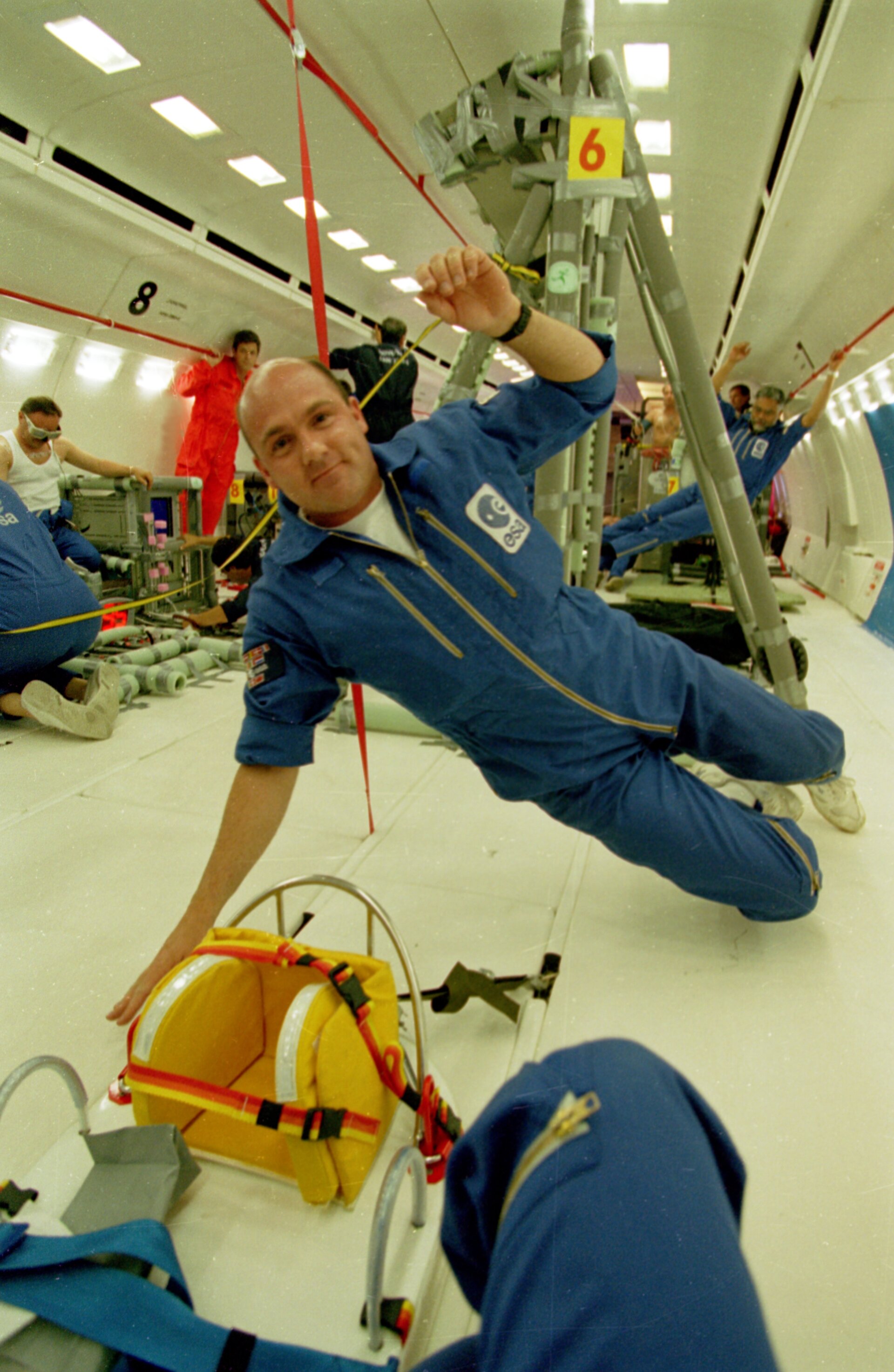 André Kuipers during one of ESA's Parabolic Flight Campaigns

André Kuipers (born 1958), of Dutch nationality, was selected to become an astronaut of the European Space Agency (ESA) in October 1998. He is a medical doctor and has been involved in space-related medical research since 1991 at ESA's technical establishment ESTEC in the Netherlands, including parabolic flight activities. André has been involved in preparing scientific payloads for several space missions, such as: the Space Shuttle/Spacelab D-2 mission in 1993, the joint European-Russian Euromir 95 mission in 1995/96 and the Shuttle/Life and Microgravity Spacelab (LMS) mission in 1996. André Kuipers was preparing scientific facilities for the International Space station and coordinating experiments for the future Shuttle mission STS-107 planned for launch in early 2003.