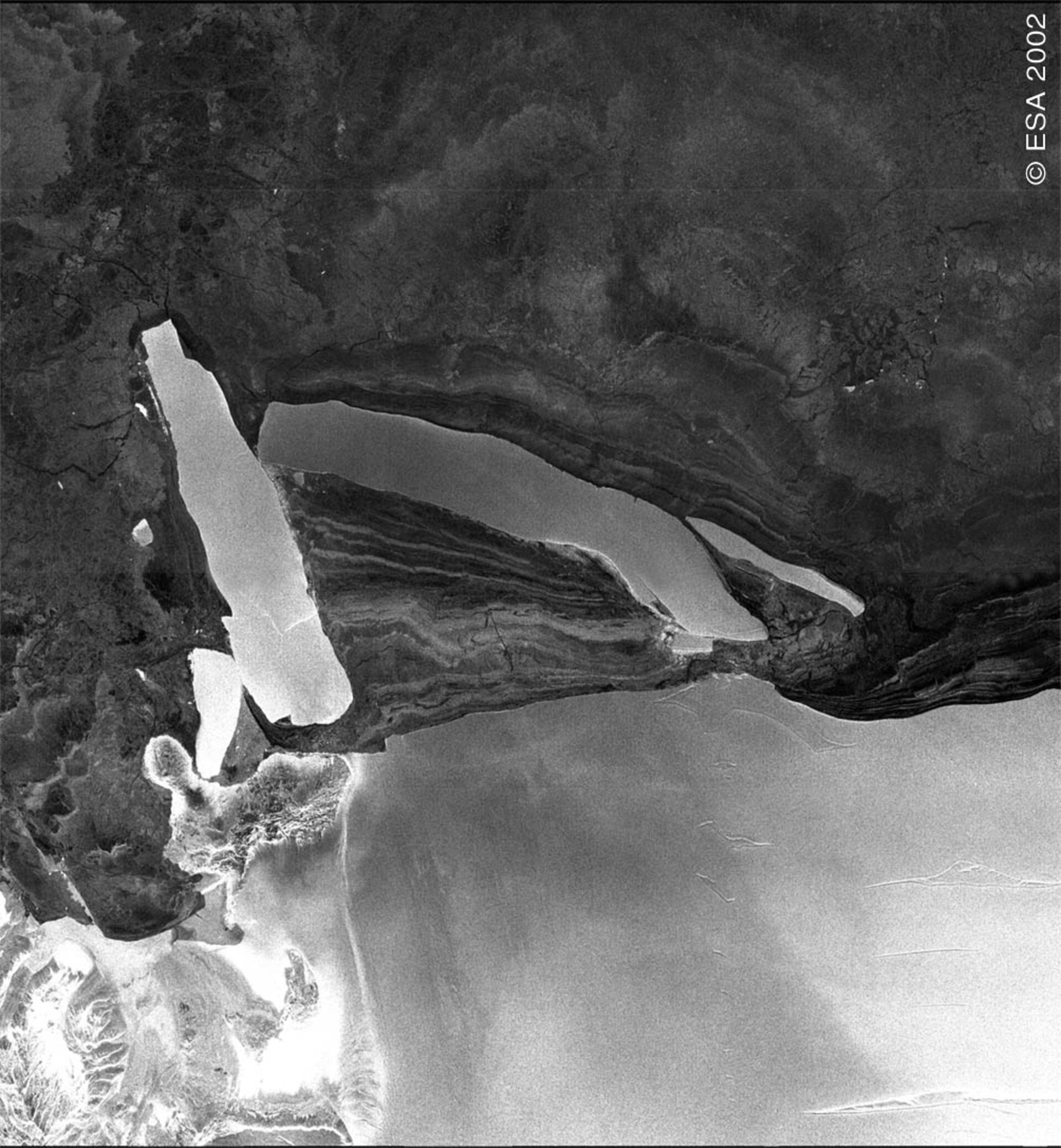 This image shows the C-19 iceberg in the Antarctic. This iceberg, newly formed when the image was acquired, measured 200 x 32 km, and about 200 m thick.

Several different processes are important in causing an iceberg to form, or "calve" as it is conventionally known. According to Dr David Vaughan, principal investigator of the physical sciences division of the British Antarctic Survey, based in Cambridge, UK, they can form as a result of the action of wind and waves, or simply because the ice shelf has grown too large to support part of itself.

The ASAR imagery also clearly outlines that the C-19 berg is not moving through open water. The white swirls captured in the image represent sea ice, offering more resistance to the movement of the iceberg, but winds and ocean currents finally prove too strong to overcome. Also evident in the radar image is the difference between Antarctic ice that is resting on land or water. The Ross Ice Shelf, for instance, is seen as a smooth surface. To the left-hand side of the images, however, the radar image shows the rougher terrain of Antarctic ice resting on land.