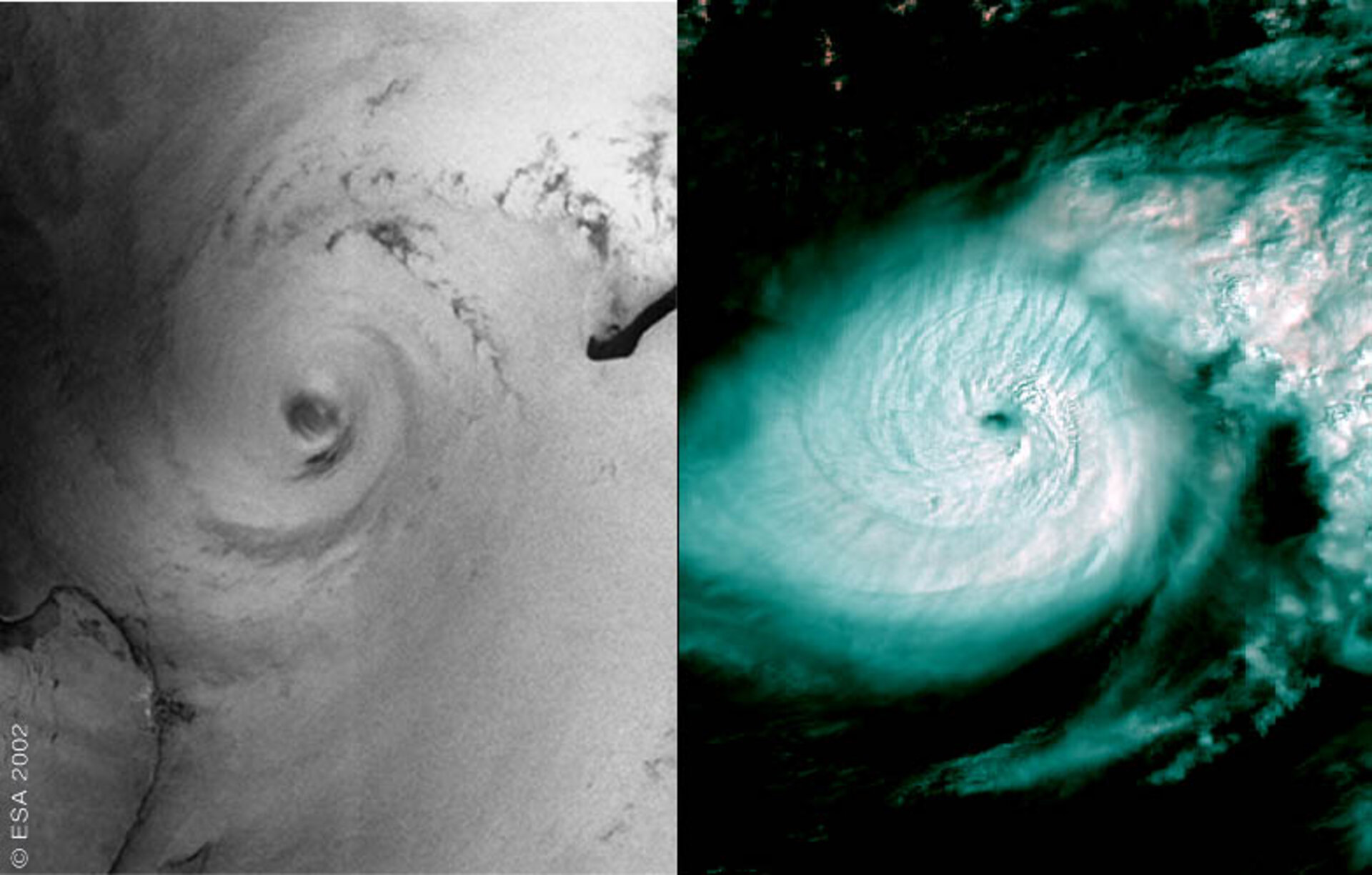 This image shows the recent hurricane Isidore passing over the Gulf of Mexico and demonstrates how features related to all of the principal dynamics can be observed. These images, MERIS optical and ASAR imagery over the same area of the earth, were acquired simultaneously. Cloud structure as seen from above the hurricane can be combined with sea surface roughness effects from the hurricane base at unprecedented spatial resolution.

From MERIS the classical circulation pattern can be traced with the cloud structure around the hurricane centre as warm moist air is entrained into the system. The eye can be clearly identified together with the thick cloud structures associated with the convection within the eye wall. The higher altitude outflow can be seen extending over Cuba as systems of thunderstorms.

From ASAR intense precipitation can be seen as two curves of dark patches extending out around the northern edge in a wide arc and close to the southern side of the hurricane eye. The eye itself can be seen as the low backscatter area in the centre of the system. Additional dark areas close to the coast of Mexico are due to the land generating areas of relative shelter where local wind speeds are reduced and hence sea surface roughness is lower.