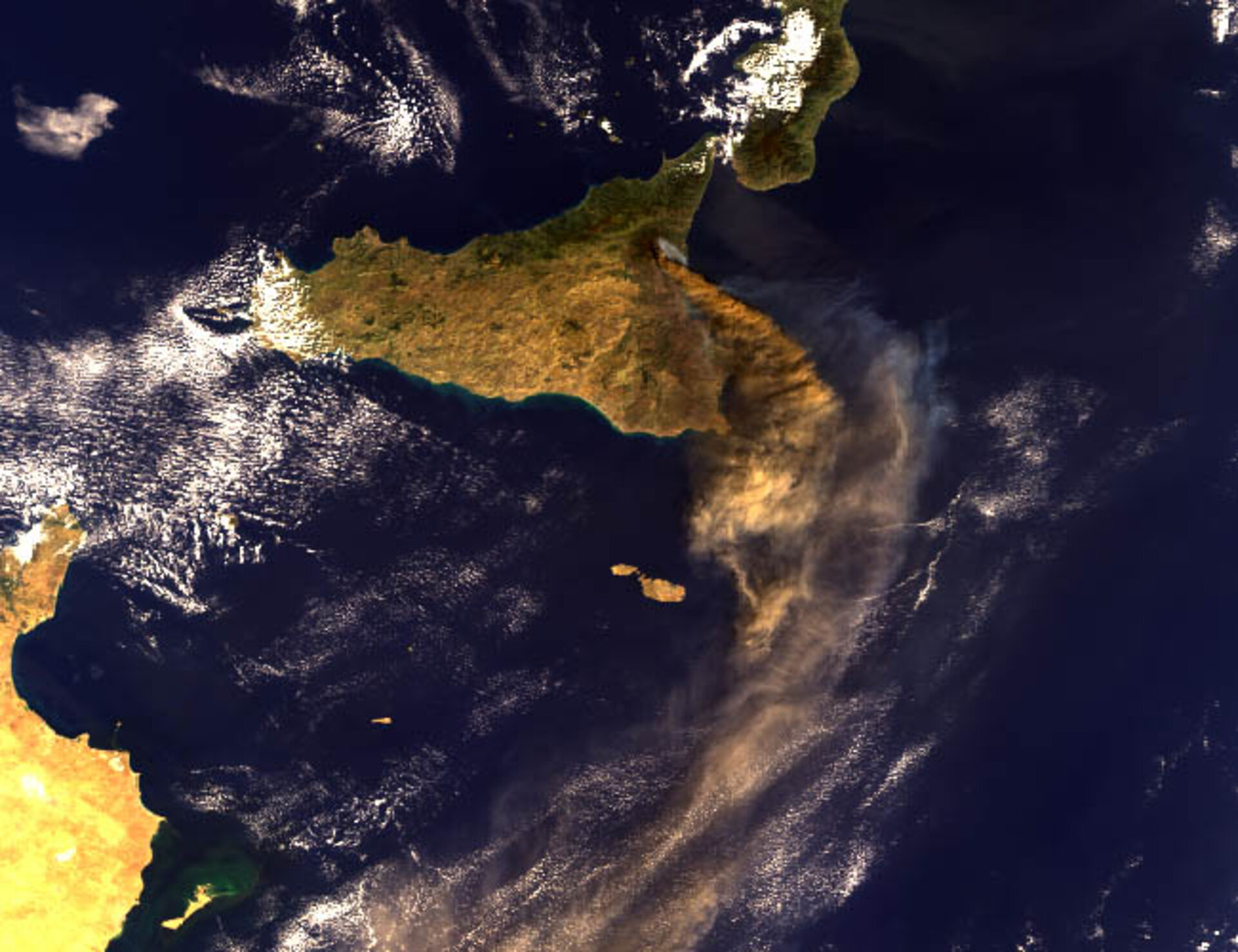 Etna, Europe's highest and most active volcano (3370 m) hurled lava and ash from several craters into the sky with a speed between 350 and 450 metres per second, exceeding the speed of sound. According to data from volcanologists, the lava and ash were ejected from the main crater and from at least nine new craters that developed in the mountain between 2300 to 2700 metres in altitude.

As seen in the image acquired Monday by the Medium Resolution Imaging Spectrometer (MERIS) onboard ESA’s Envisat satellite, the eruptions spewed significant amounts of ash, along with sulphur dioxide, into the atmosphere The plume from the volcano can be seen in the image stretching south and west from Sicily to the north African coast. The larger volcanic ash particles are expected to settle out in a short period of time, but the sulphuric acid aerosols produced by the sulphur dioxide will persist for several years.

These aerosols will impact the Earth’s energy budget, both regionally and on a global scale. Aerosols containing black graphite and carbon particles are dark, thus absorbing sunlight. As these atmospheric particles reduce the amount of sunlight reaching the planet’s surface, they increase the amount of solar energy absorbed in the atmosphere, thus simultaneously cooling the surface and warming the atmosphere.

The capability of the MERIS instrument to observe the spatial distribution of these aerosol plumes can be exploited to measure the amounts of airborne particles and to examine the role of these aerosols as cloud condensation nuclei and their impact on the hydrologic cycle through changes in cloud cover, cloud properties and precipitation.