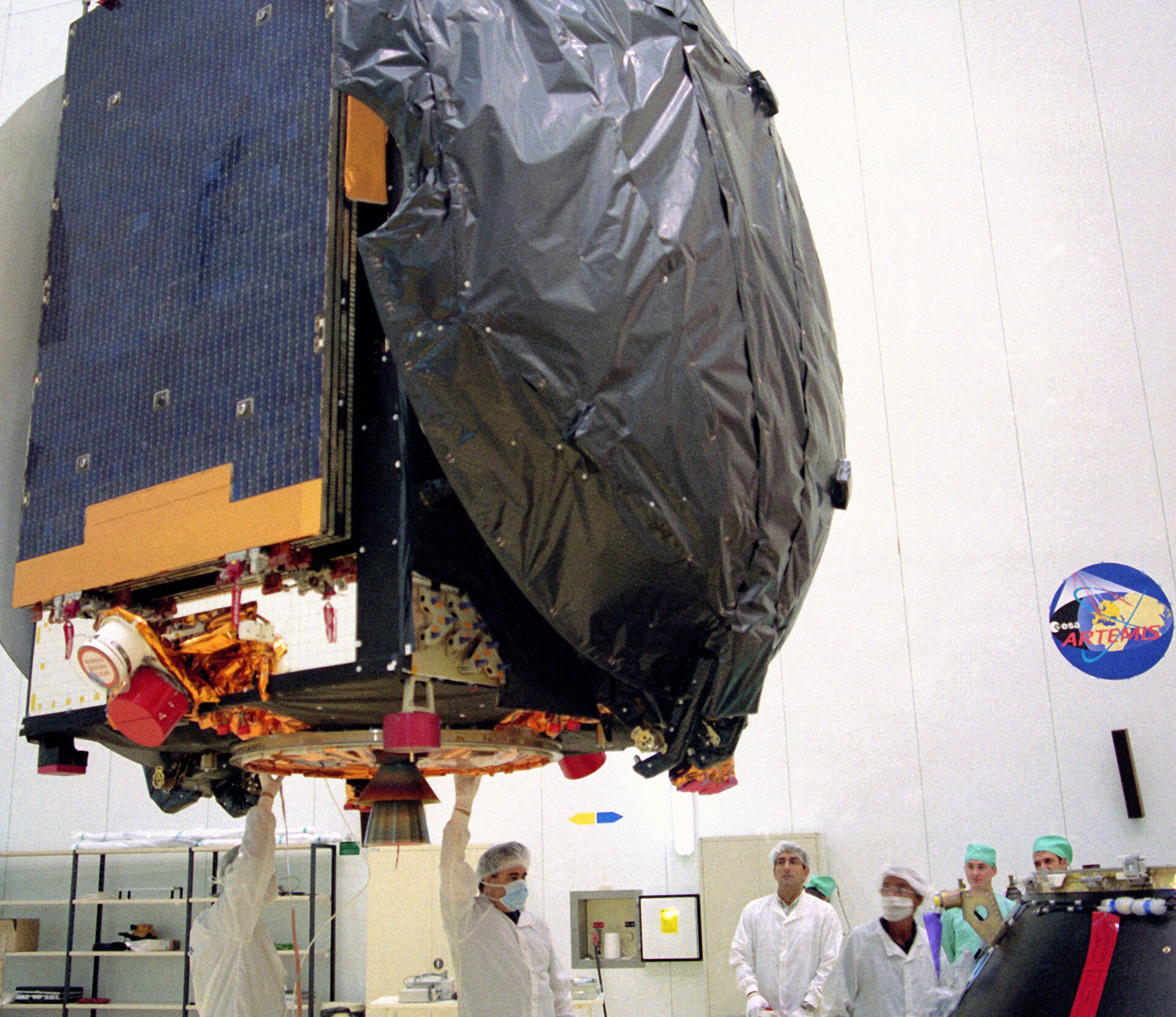 On this picture Artemis is integrated in one of CSG’s clean rooms. The ion propulsion system is composed of thrusters aside the satellite.

Carrying three payloads plus a number of experiments, Artemis (Advanced Relay and Technology Mission Satellite is being developed for testing and operating new telecommunications techniques.

Artemis carries two payloads for communications directly between satellites, which received data from low-Earth-orbiting satellites and transmit them directly to Europe:

Artemis was launched in July 2001 on an Ariane 5 launcher.