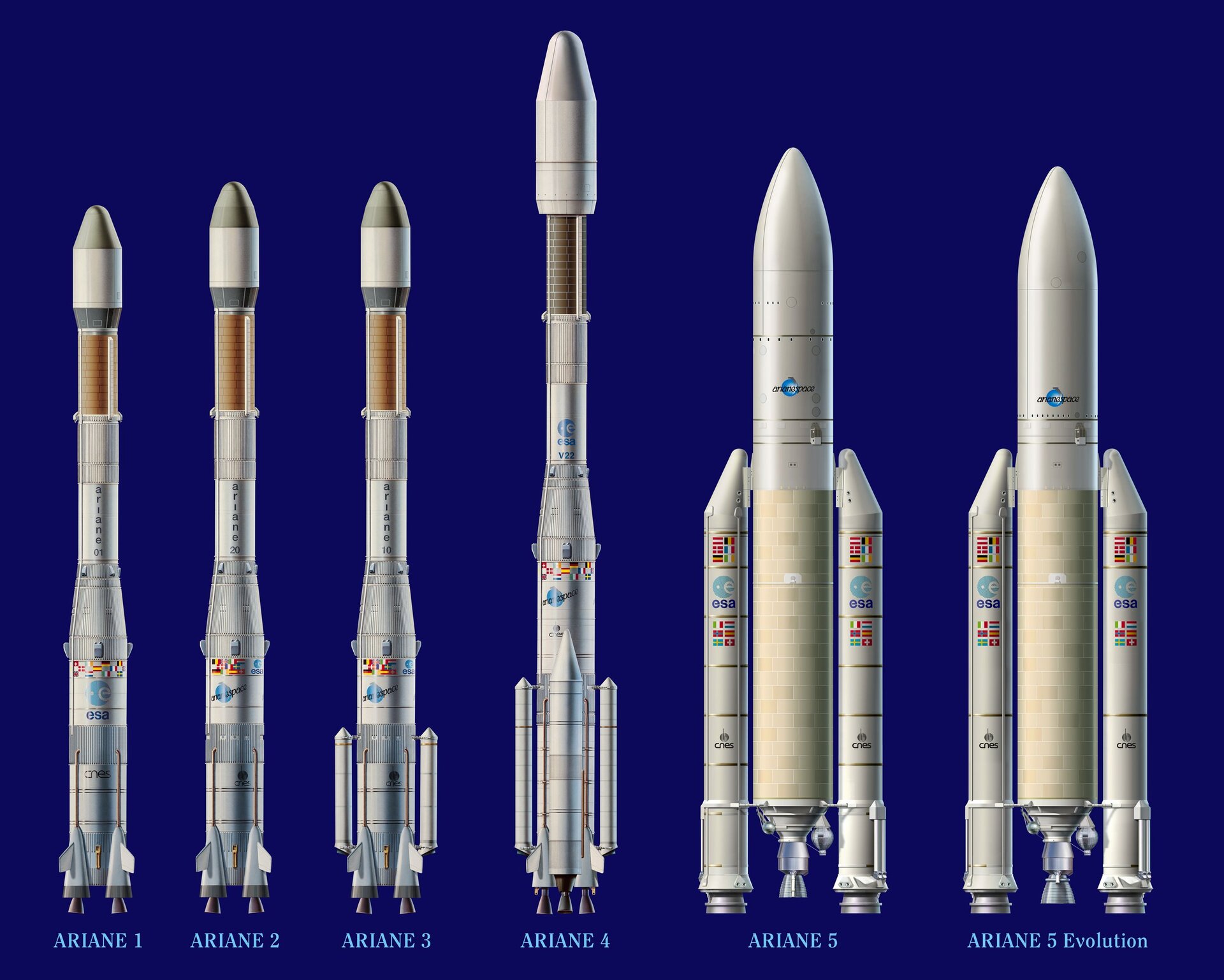 The first Ariane launcher blasted into the sky on Christmas Eve, 1979. Ariane 1 was designed primarily to put two telecommunications satellites at a time into orbit, thus reducing costs.
As the size of the satellites grew Ariane 1 began to give way to the more powerful Ariane-2 and Ariane-3 launchers. Altogether, eleven successful Ariane-1 launches took place between 1979 and 1986, and five successful Ariane-2 flights between 1987 and 1989. Ariane 3 made a record 11 flights from 1984 to 1989, all of which were successful.
Ariane 4 is justly known as the ‘workhorse’ of the Ariane family. Since its first flight on 15 June 1988 it has made over 100 successful launches. The Ariane 4 has proved ideal for launching satellites for communications and Earth observation, as well as for scientific research. This launcher is extremely versatile. Now its role is gradually being taken over by the Ariane-5 launcher and the last Ariane-4 flight is expected to take place in 2003. Ariane 4 has captured 50% of the market in launching commercial satellites showing that Europe can more than hold its own in the commercial launch market.
Ariane 5 is designed to meet the challenges of the new millennium. It meets several requirements: the ability to launch larger satellites, the increasing use of low orbits for servicing the International Space Station and the need to reduce costs while maintaining a high reliability.
Its first successful launch took place on 30 October 1997 while its first operational flight occurred in December 1999, when it launched ESA’s X-ray Multi-Mirror (XMM). ESA had to build a new launch site at Europe’s spaceport in Kourou for this new member of the Ariane family as well as facilities to make the solid boosters needed to launch this, the most powerful launcher in the Ariane family. Ariane 5 can be used for launches into geostationary orbit, medium-Earth orbit and low-Earth orbit, as well as for launches to other planets.