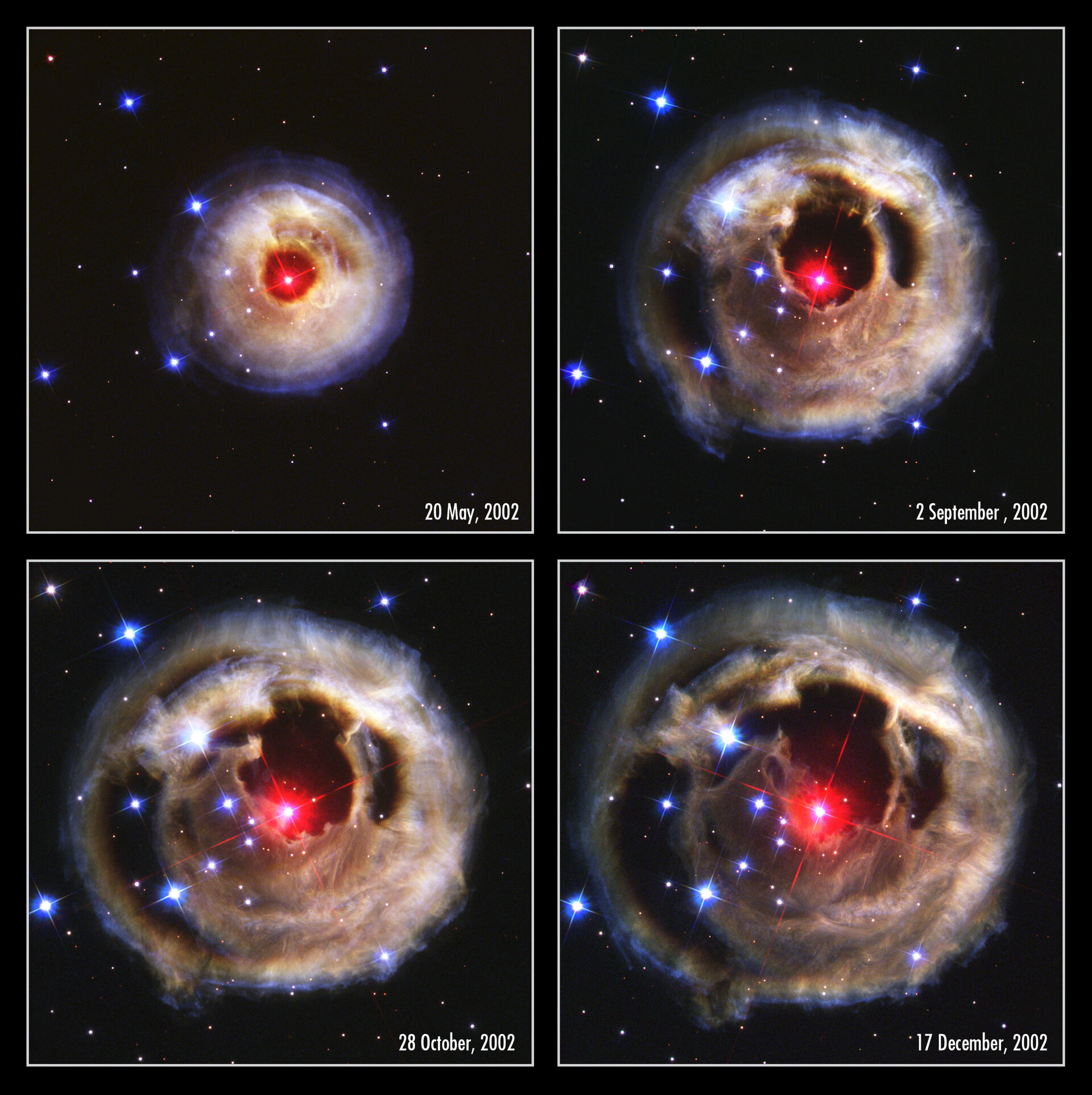 This sequence of pictures from the NASA/ESA Hubble Space Telescope's Advanced Camera for Surveys dramatically demonstrates the echoing of light through space caused by an unusual stellar outburst in January 2002. A burst of light from the bizarre star is spreading into space and reflecting off of surrounding shells of dust to reveal a spectacular, multicoloured bull's eye.

This sequence of pictures from May to December 2002 shows apparent changes in the appearance of the circumstellar dust as different parts are illuminated sequentially. This effect is called a 'light echo'. From the first to last image the apparent diameter of the nebula appears to balloon from 4 to 7 light-years. This creates the illusion that the dust is expanding into space faster than the speed of light. In reality the dust shells are not expanding at all, but it is simply the light from the stellar flash that is sweeping out into the nebula. The different colours in the nebula reflect changes in the colour of the star during its outburst.

The red star at the centre of the eyeball-like feature is an unusual erupting supergiant called V838 Monocerotis, located about 20 000 light-years away in the winter constellation Monoceros (the Unicorn). During its outburst the star brightened to more than 600 000 times our Sun's luminosity.

The circular feature has now expanded to slightly larger than the angular size of Jupiter on the sky. It will continue expanding for several years as reflected light arrives from more distant portions of the nebula. Eventually, once light from behind the nebula begins to arrive, the light echo will create the illusion of contraction, and the echo will disappear by about 2010. The black gaps around the red star are regions of space in which there are holes in the dust. This shows the nebula has a Swiss-cheese structure.