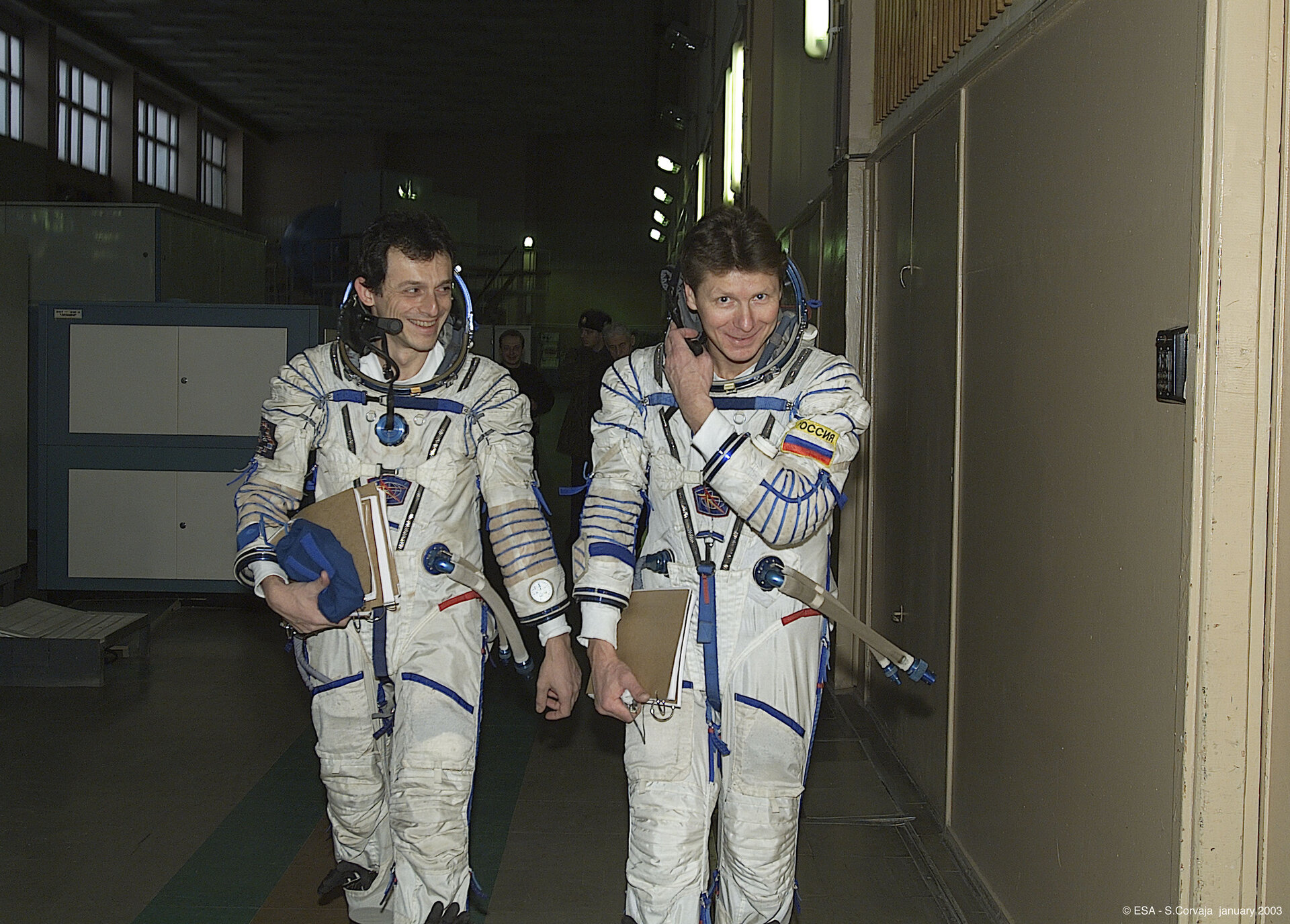 Spanish ESA astronaut Pedro Duque with Russian cosmonaut Gennady Ivanovich Padalka during training at Star City near Moscow. In preparation for his Soyuz mission to the International Space Station currently scheduled for Autumn 2003. Padalka was originally scheduled to fly with Pedro Duque, he is now assigned as Commander to the ISS Expedition Nine crew.

Duque will carry out a full scientific programme, spending some 40 hours of his eight day stint on the ISS on experimental activity. Most of the experiments are sponsored by the Spanish government although there are also a number of reflights of experiments from the Belgian Odissea mission to the ISS in October 2002.