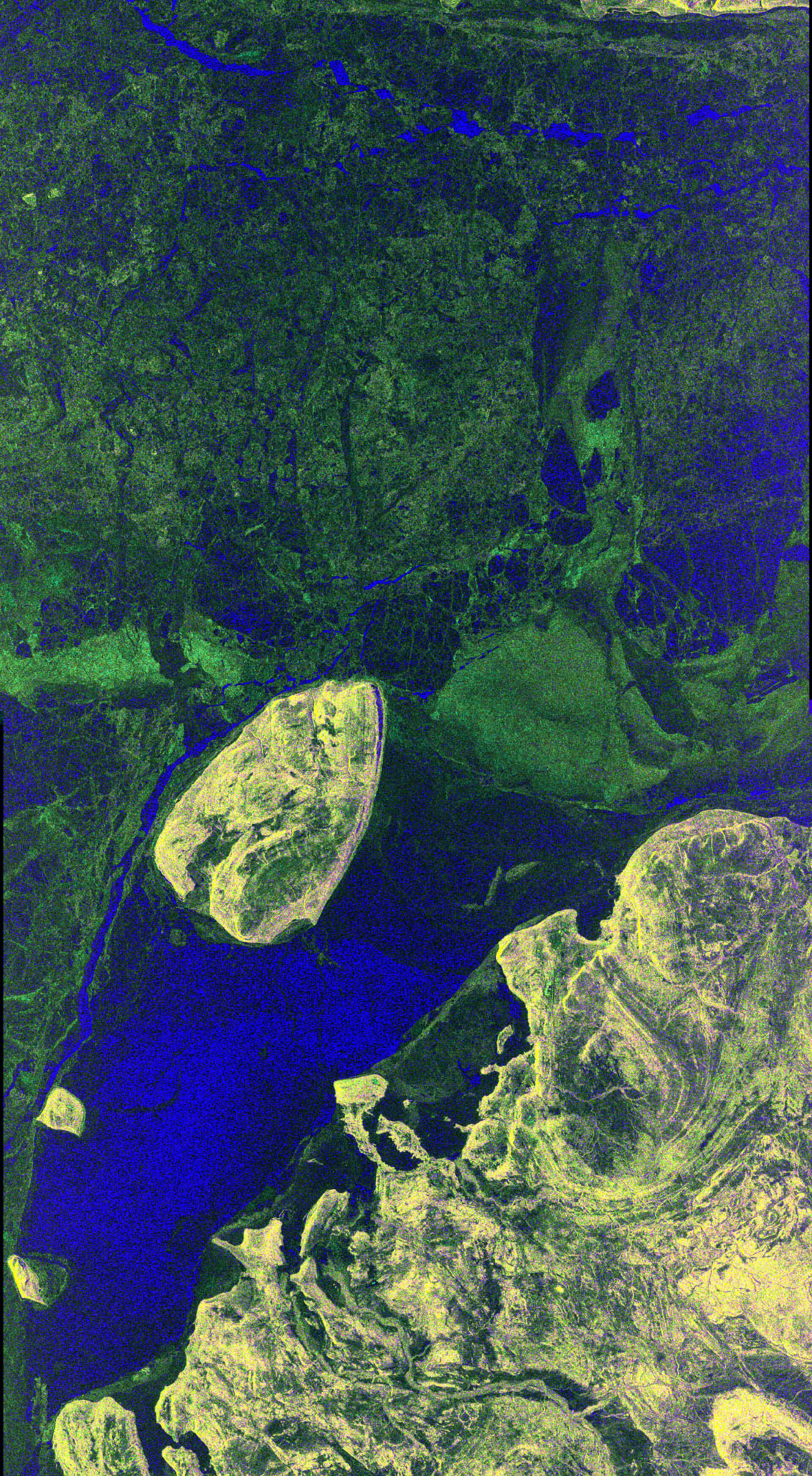 The image shows an area, 56.5 km wide, within the Nunavut territory in the north of the Canada. In the upper part of the image the south coast of Cornwallis Island is visible, with on his left hand side Griffith island. The small bay facing the Griffith Island is called Resolute bay, where is located the hamlet of Resolute, called the land of the midnight sun. The north coast of the Somerset island is visible in the lower part of the image.In this region, the terrain is generally treeless and windswept rock, cover by snow during winter period. The sea is mainly covered by multi year and freezing/melting ice.
The image presented results from a colour composite. The Red channel contains the HV polarised image, the Green channel contains the HH polarised image and the blue channel contains magnitude of the difference between the amplitude in HH and HV.
The green colour that dominates the image results from melting ice (HH backscatter dominates). Several tones of green are visible indicating different levels of melting ice (darker is the green tone, stronger is the presence of water). The hills over the main lands, mainly composted by rocks, are covered by dry snow and appears in magenta (strong backscatter in HV). The yellow tones reveal the presence of very dry snow on rocks over the land (backscatter equally high in HV and HH polarisation). The bright yellow lines visible over the lands result from the slope of the hills that face the incoming beam of the radar, producing stronger backscatter energy towards the antenna. Blue colour indicates equally low level in HH and HV, highlighting the presence of open water.