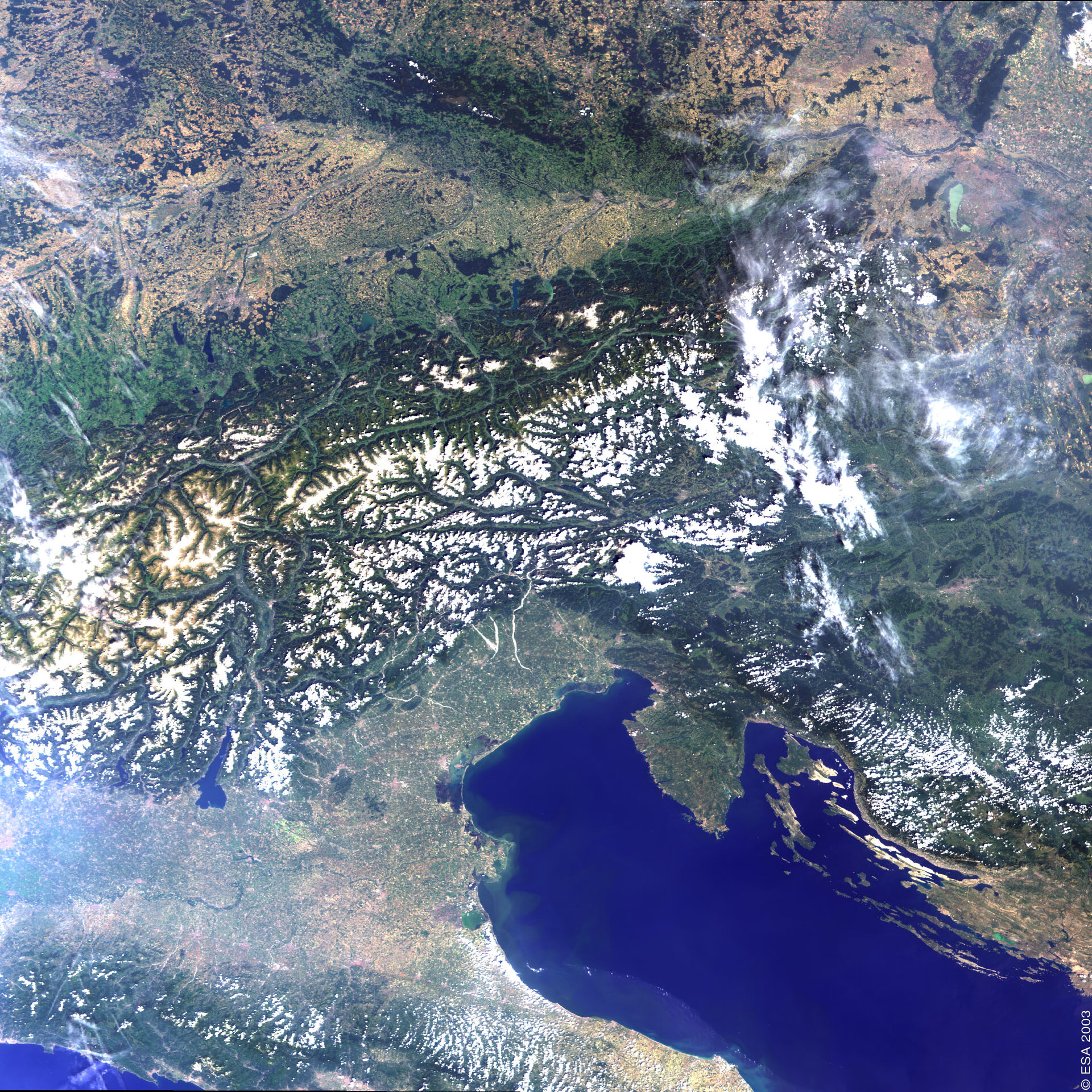 The Austrian Alps can be clearly seen on this Medium Resolution Imaging Spectrometer (MERIS) image, extending from the Swiss and Italian borders in the west to the capitol Vienna in the East. To the north of the city we can see Europe's longest river, the Danube flowing from Germany then on its way passed the Slovakian capitol Bratislava, before on to it's source in the Black Sea.

To the north west of the image we can see the German cities of Nurnberg and Munich, with the Austrian city of Salzburg just to the east of here at the foot of the Alps. To the south of the image Lake Garda is visible on the Italian side of the Alps, as is the Gulf of Venice, with the city itself in the south central part of the image.