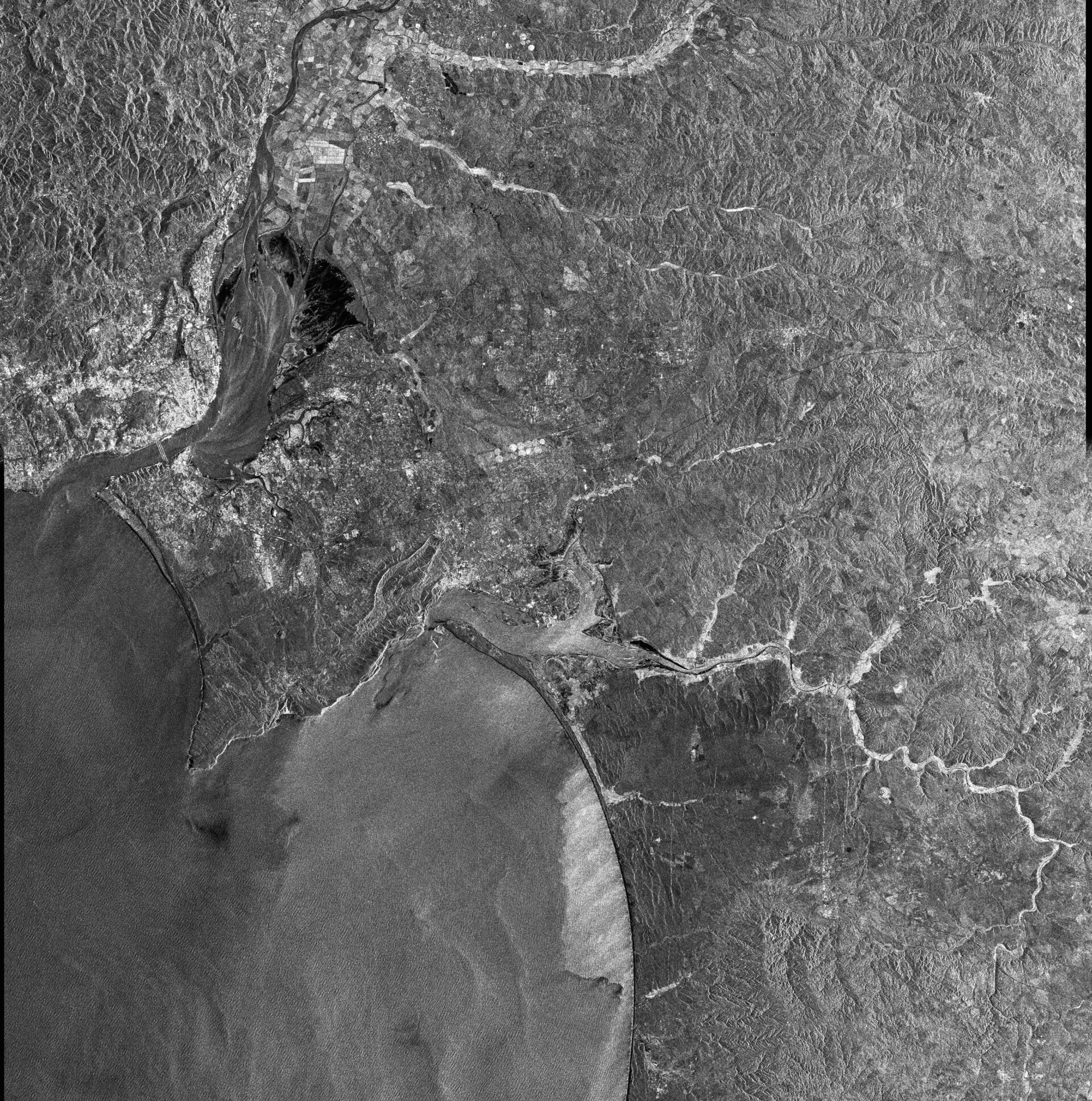 This image shows an area of 100km swath with acquired over Lisbon, the major industrial and commercial area of Portugal. Lisbon is built on the terraced sides of a range of low hills (upper left corner of the image) overlooking an exceptionnaly fine harbour, making Lisbon the Portugal chief seaport.
The city is visible as a bright zone in the upper left section. Within the Harbour (south of Lisbon), stream lines are easely detectable, where change of sea surface produce grey tones variations.
The right hand side of the image is mainly composed by bare soil producing strong backscatter towards the antenna (bright grey tones).
The grey tones variation, located over the sea surface on the lower left section, reveals the interaction between the cold wind coming from land and the warm air over the sea. These interactions produce change in surface wind speed, increasing or decreasing the sea surface roughness. Under high wind condition, the sea surface roughness increases producing stronger backscatter energy towards the antenna and lighter colour in the image.