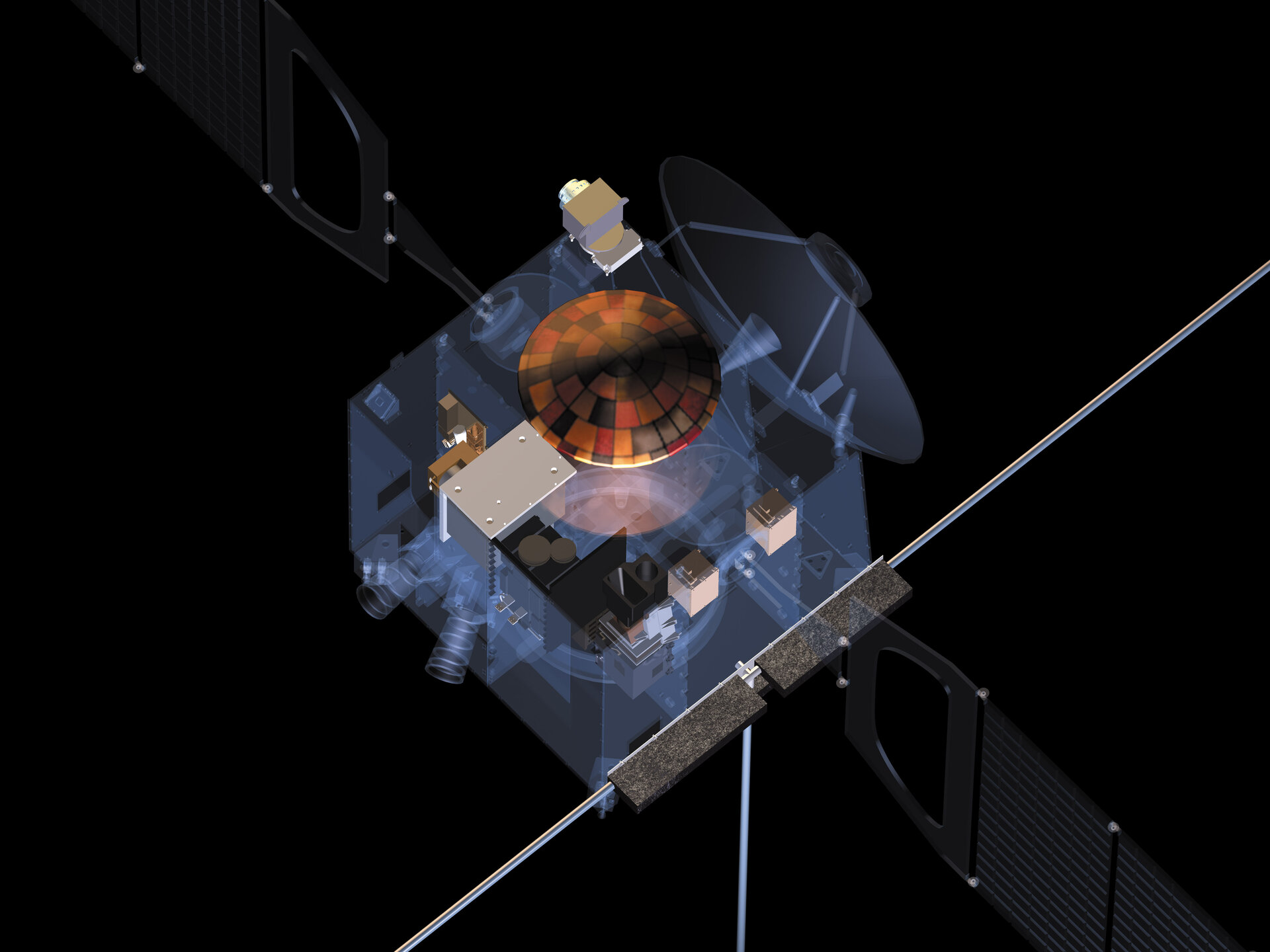 Mars Express will leave Earth for Mars
in late May or early June 2003 when the
positions of the two planets make for
the shortest possible route, a condition
that occurs once every twenty-six
months. The intrepid spacecraft will
start its six-month journey from the
Baikonur launch pad in Kazakhstan onboard a Russian
Soyuz/Fregat launcher.
Once Mars Express has escaped the Earth and is on course
for the Red Planet, it will begin the six-month interplanetary
cruise at a velocity of 10 800 km/h relative to Earth. Five
days before arrival in December 2003, Mars Express will
eject the Beagle 2 lander, which will make its own way to
the correct landing site on the surface. The orbiter will then
manoeuvre into a highly elliptical capture orbit, from which
it can move into its operational near-polar orbit.