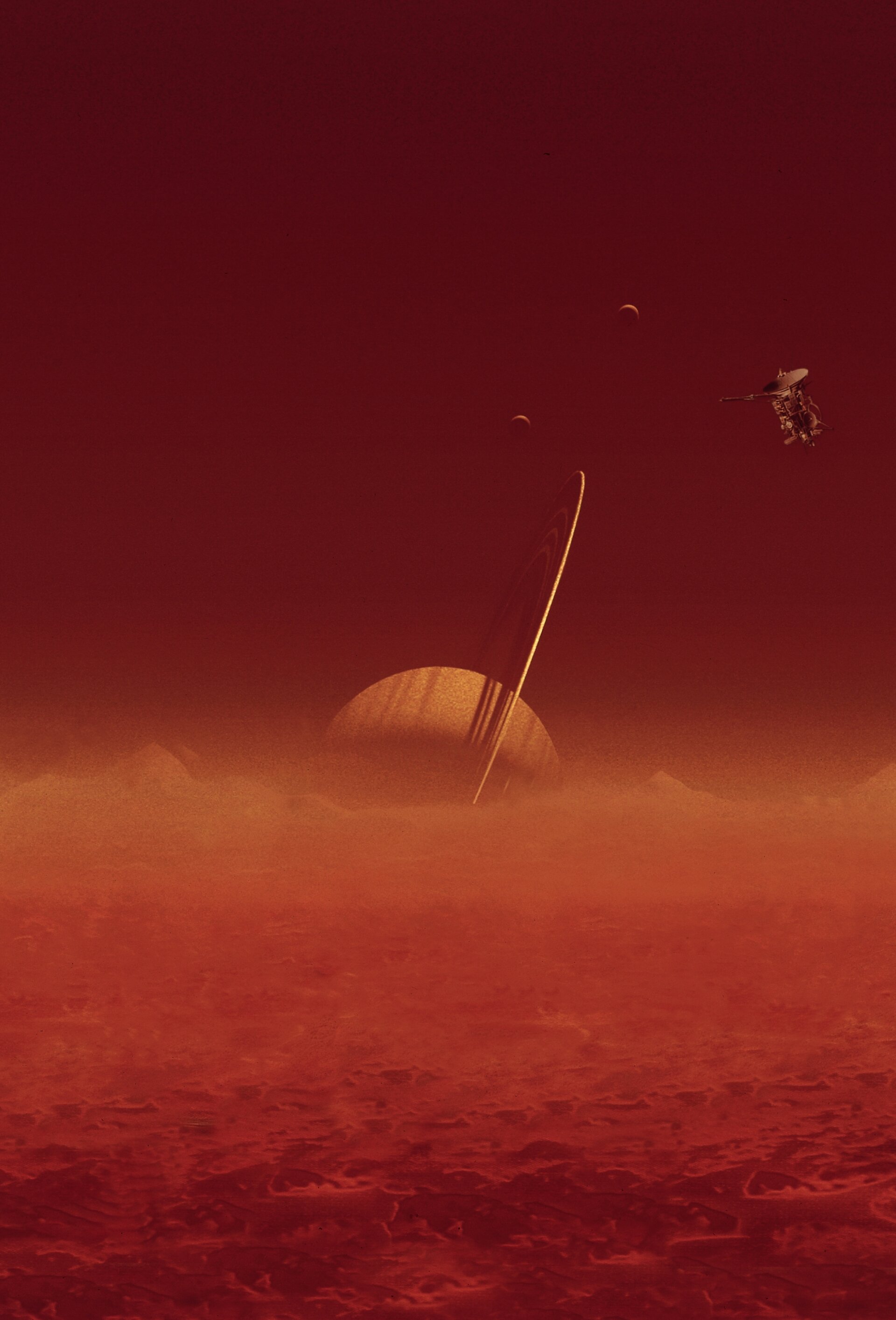 Saturn, as seen from Titan, with Cassini just visible

After entering orbit around Saturn in July 2004, the Cassini spacecraft will release the Huygens Probe in November 2004 for entry and descent through Titan's atmosphere. After the Probe's mission is completed, the Saturn Orbiter will make many close flybys of Titan to continue the global exploration of the moon during the nominal 4 year mission. In this artist's view, Saturn and two other moons are seen through Titan's hazy
atmosphere.