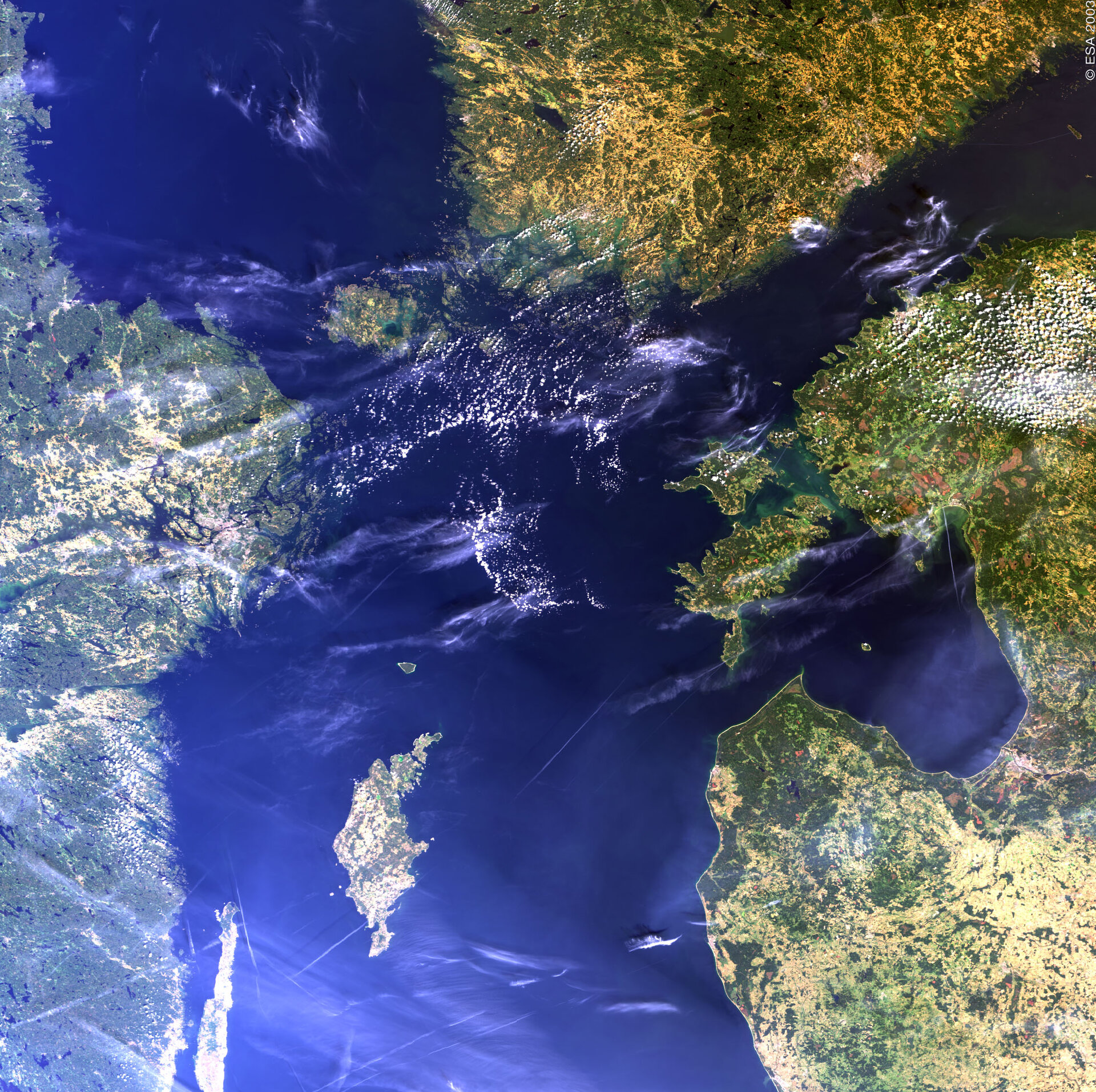 The States surrounding the Baltic Sea can be clearly seen in this Medium Resolution Imaging Spectrometer (MERIS) image. To the north of the image is the southern tip of Finland, with the Capital City, Helsinki on the coast of the Gulf of Finland. Across the Gulf to Estonia is it's capital Tallin, and in the Gulf of Riga is the Latvian capital of the same name. Lying at the mouth of the Gulf are the Estonian islands of Hiiumaa and Saaremaa.

Extending up the eastern side of the Image is Sweden, the City of Stockholm, lying on Lake Malaren. And in the Baltic itself from the north are the islands of Aland, Gotland and Oland.