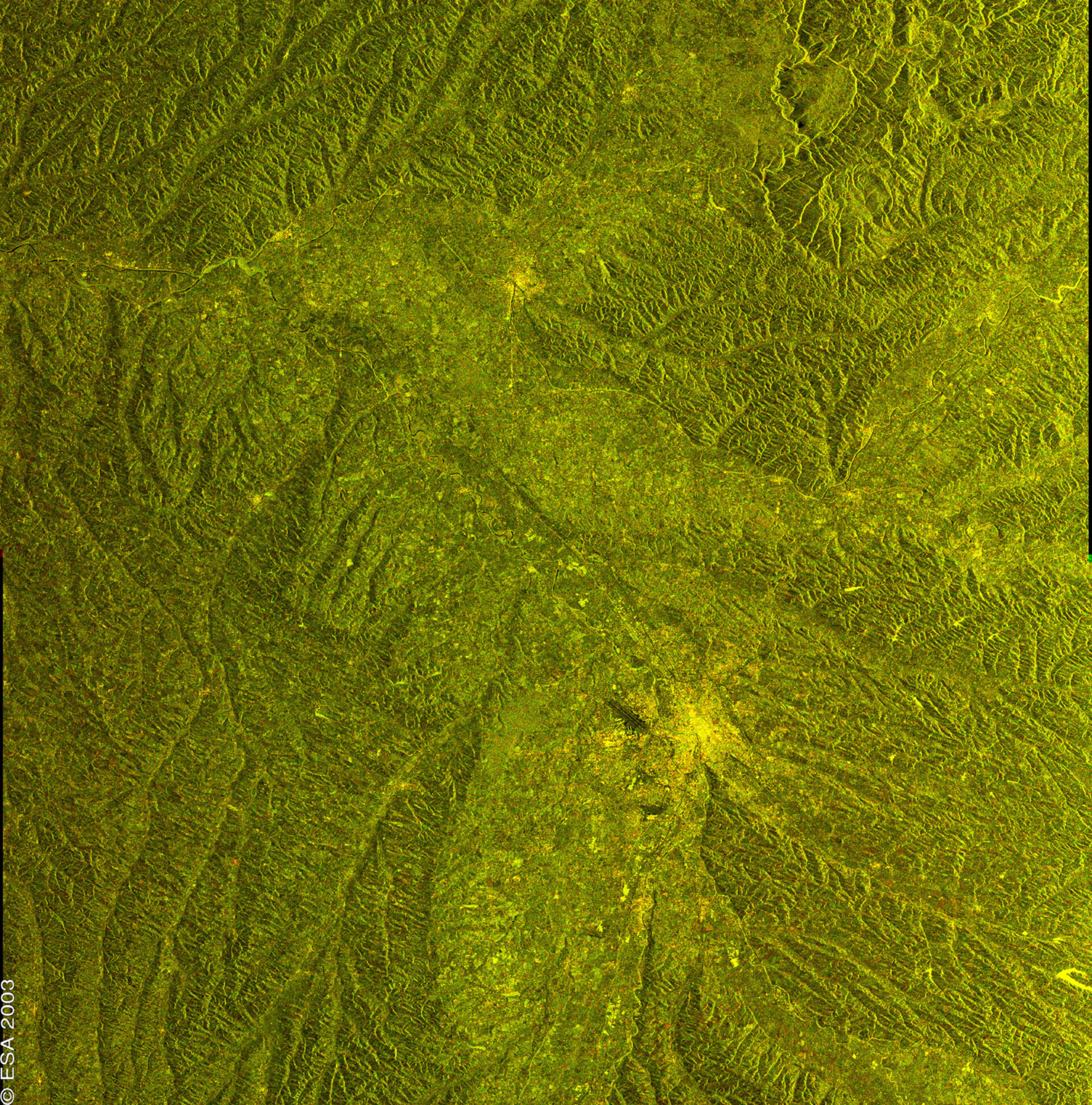 This ASAR APP image shows an area, about 105 km wide, centred over the city of Toulouse (yellow magenta tones in the bottom centre of the image) within the garonne valley.The Garonne, principal river of southwestern France, cross Toulouse from south to northeast.
The image is a colour composite. The Red channel contains the HH polarised image, the green channel contains the VV polarised image and the blue channel contains the ratio between the amplitude in VV and HH.
Urban areas are visible in yellow orange tones (for instance, city of Toulouse on both banks of the Garonne) indicating a stronger HH backscatter for city surrounding. The yellow tones that dominates the image result from the agricultural fields wihtin the valley and dense vegetation (forest) producing equally high backscatter in HH and VV.On the northwest side of Toulouse, The Toulouse-Blagnac International Airport is visible as a black patch.
This image demonstrate the increased capabilities of the Advanced Synthetic Aperture Radar (ASAR) onboard the ENVISAT satellite as compared with the SAR sensor onbard the earlier ERS generation of satellites.
The ENVISAT ASAR instrument is the first permanent space borne to incorporate dual polarisation capabilities. Because the reflective properties of a surface are dependent on the polarisation of the incoming radar signal, the use of more than 1 type of polarisation provides with valuable extra information.