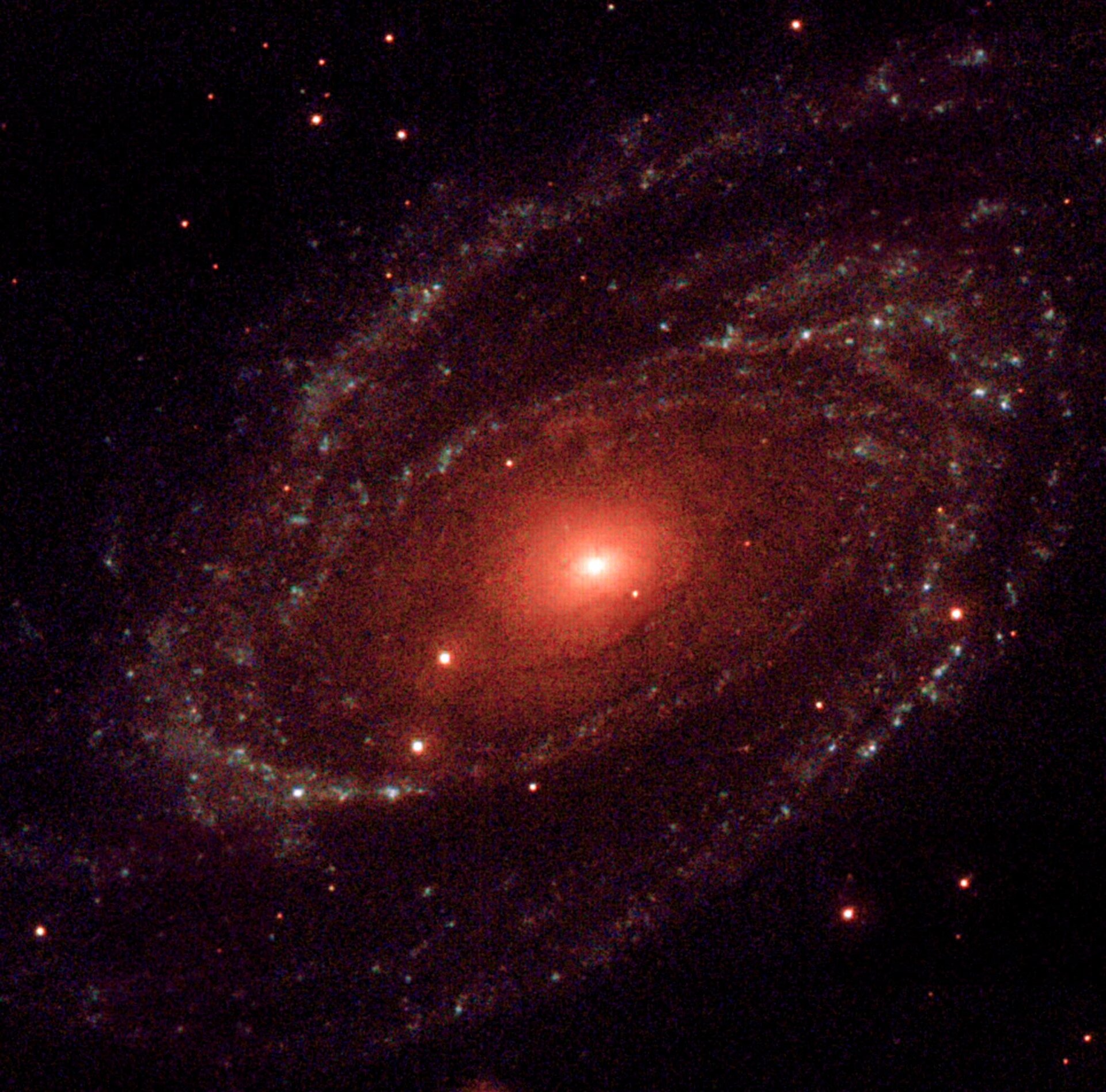 This ultraviolet image of M81 was obtained by the Optical Monitor (OM) on XMM-Newton in April 2001. The image is formed from three 1000 s exposures taken with different ultraviolet filters, centred on approximately 2000, 2300 and 2800 angstroms respectively. It covers a region one quarter of a degree square and frames the M81 galaxy which is at least 22 000 light-years across. The group studying M81 with the OM is led by Alice Breeveld of the Mullard Space Science Laboratory (MSSL), University College, London.