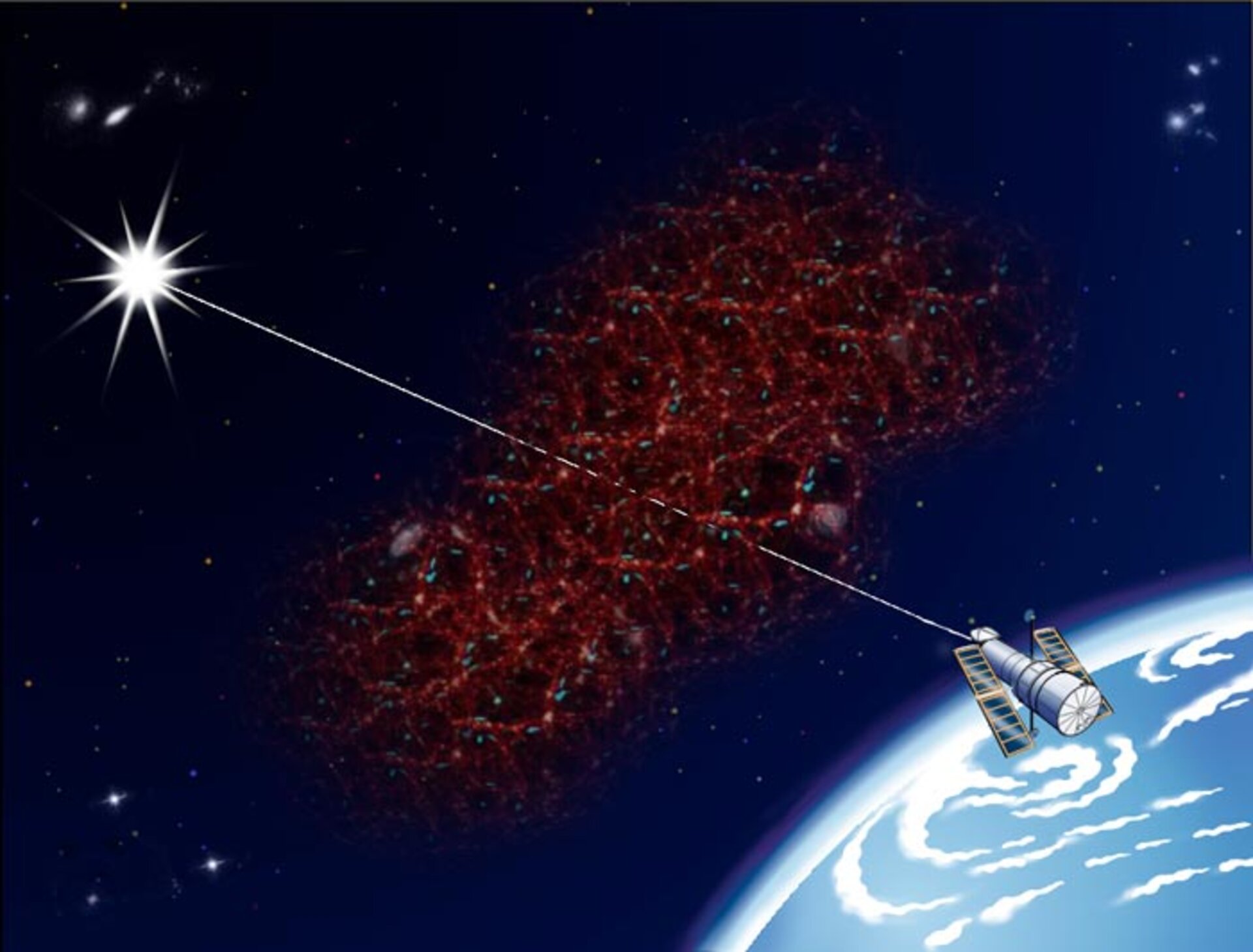 Astronomers detected vast filaments of invisible hydrogen by using the light of a distant quasar (core of active galaxy) to probe the dark space between the galaxies. The Hubble Space Telescope Imaging Spectrograph found the spectral 'fingerprints' of highly ionised intervening oxygen (which is a tracer of the hydrogen) superimposed on the quasar's light. Slicing across thousands of millions of light-years of space, the quasar's brilliant beam penetrated at least four separate filaments of the invisible hydrogen laced with the telltale oxygen. This filamentary structure is throughout the Universe, all the way out to the distance of the quasar.