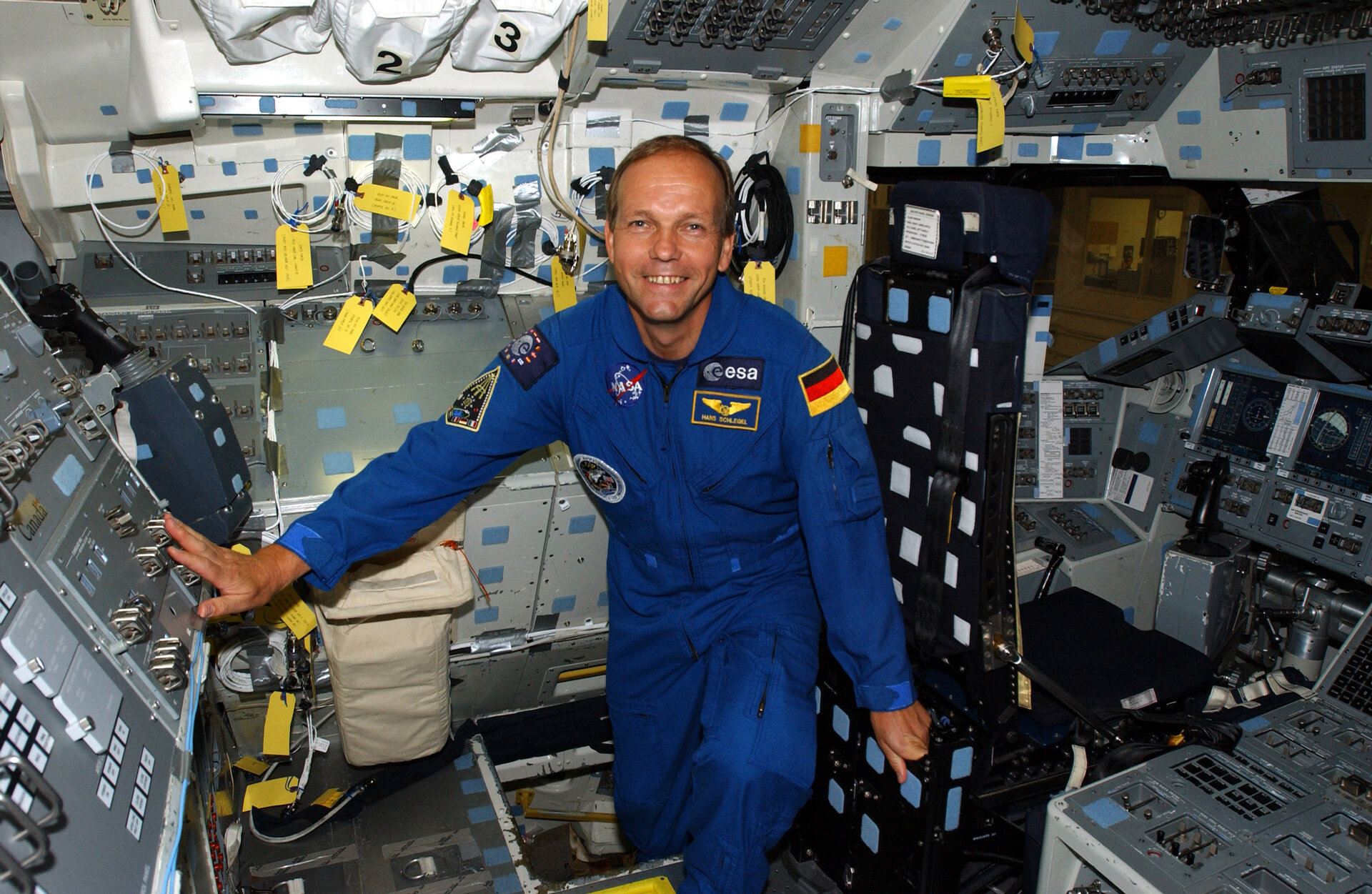 From 26 April to 6 May 1993, Schlegel served as Payload Specialist on STS-55 aboard Space Shuttle Columbia. Nearly 90 experiments were conducted during the German Spacelab D-2 mission to investigate life sciences, material sciences, physics, robotics, astronomy, and the Earth and its atmosphere.