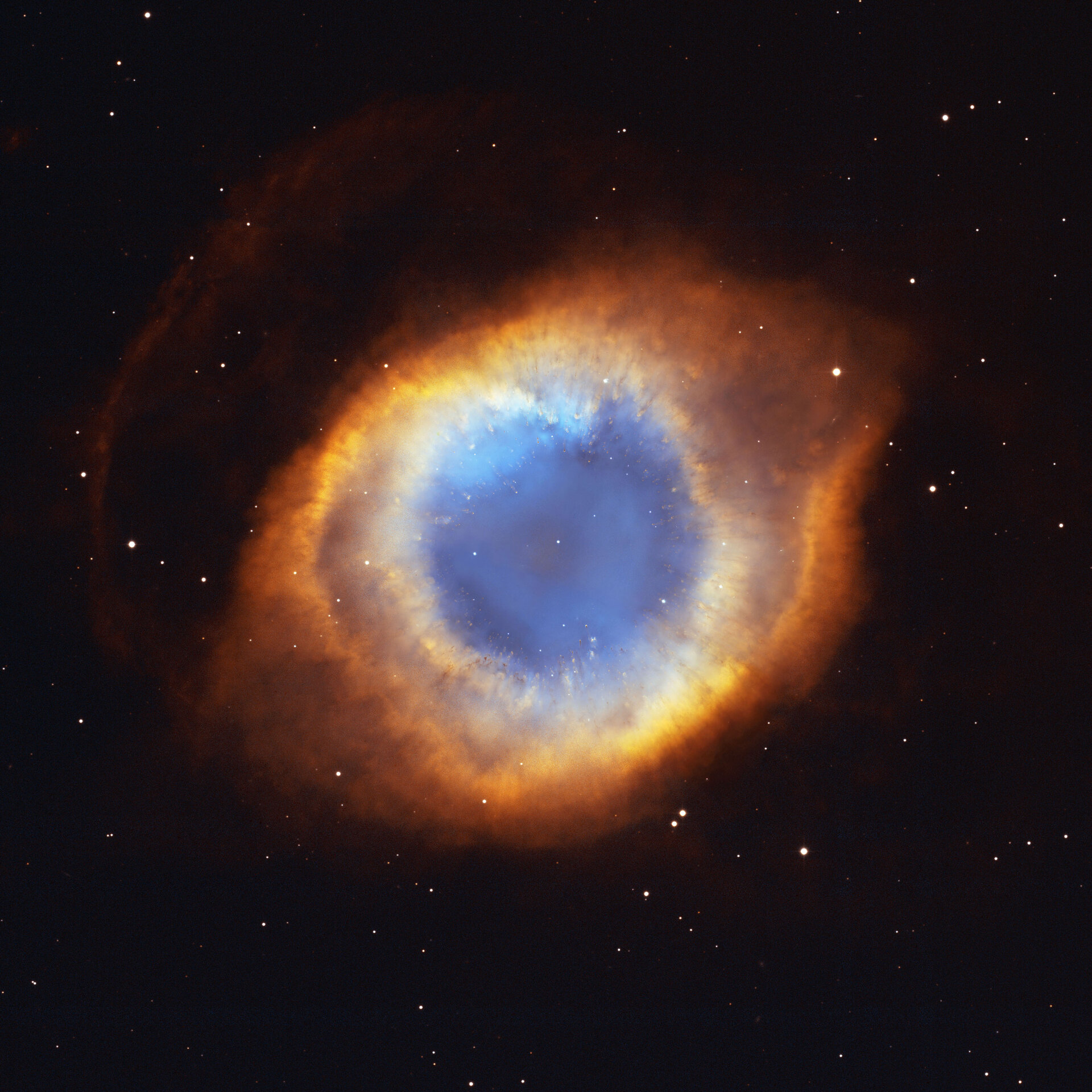 In one of the largest and most detailed celestial images ever, astronomers today unveil the coil-shaped Helix Nebula to celebrate Astronomy Day.

This ESA/NASA Hubble Space Telescope image shows a fine web of filamentary 'bicycle-spoke' features embedded in the colourful red and blue gas ring, which is one of the nearest planetary nebulae to Earth. The nebula is nearby so it is nearly half the size of the diameter of the full Moon. Hubble astronomers took several exposures with the Advanced Camera for Surveys to capture most of it. They then combined Hubble views with a wider photo taken by Kitt Peak's Mosaic Camera.