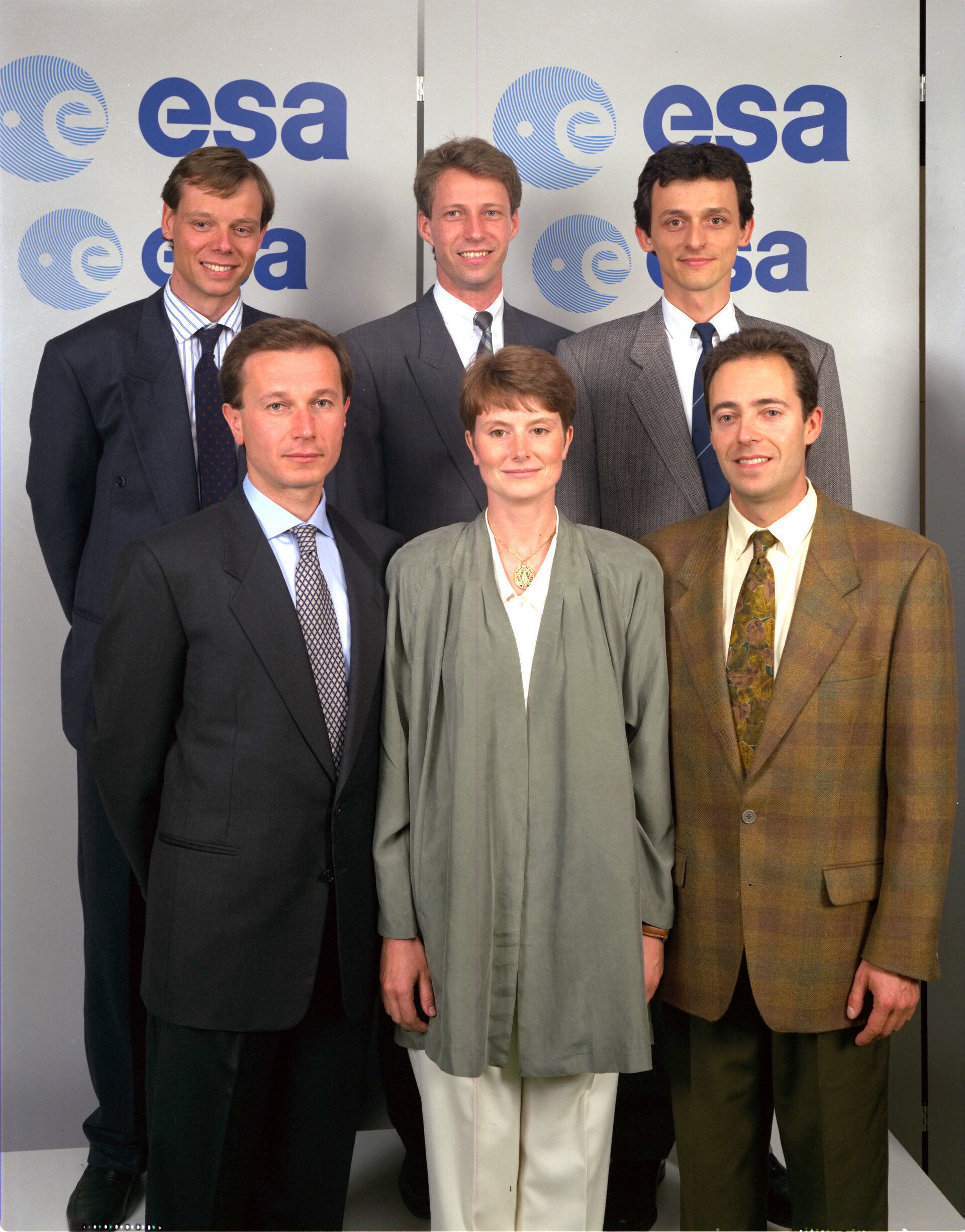 During this selection round, more than 22 000 Europeans expressed interest in becoming astronauts, including 5500 serious candidates.

Six candidates were finally selected, including only one previously selected national astronaut: Jean-Francois Clervoy, the first French member of the Corps (front row right). Also selected were the second German astronaut, Thomas Reiter (back row centre), Maurizio Cheli (front row left) from Italy (resigned in 1996), Pedro Duque (back row right) from Spain, Christer Fuglesang (back row left) from Sweden and the first woman, Marianne Merchez (front row centre) from Belgium who has since resigned and did not fly.