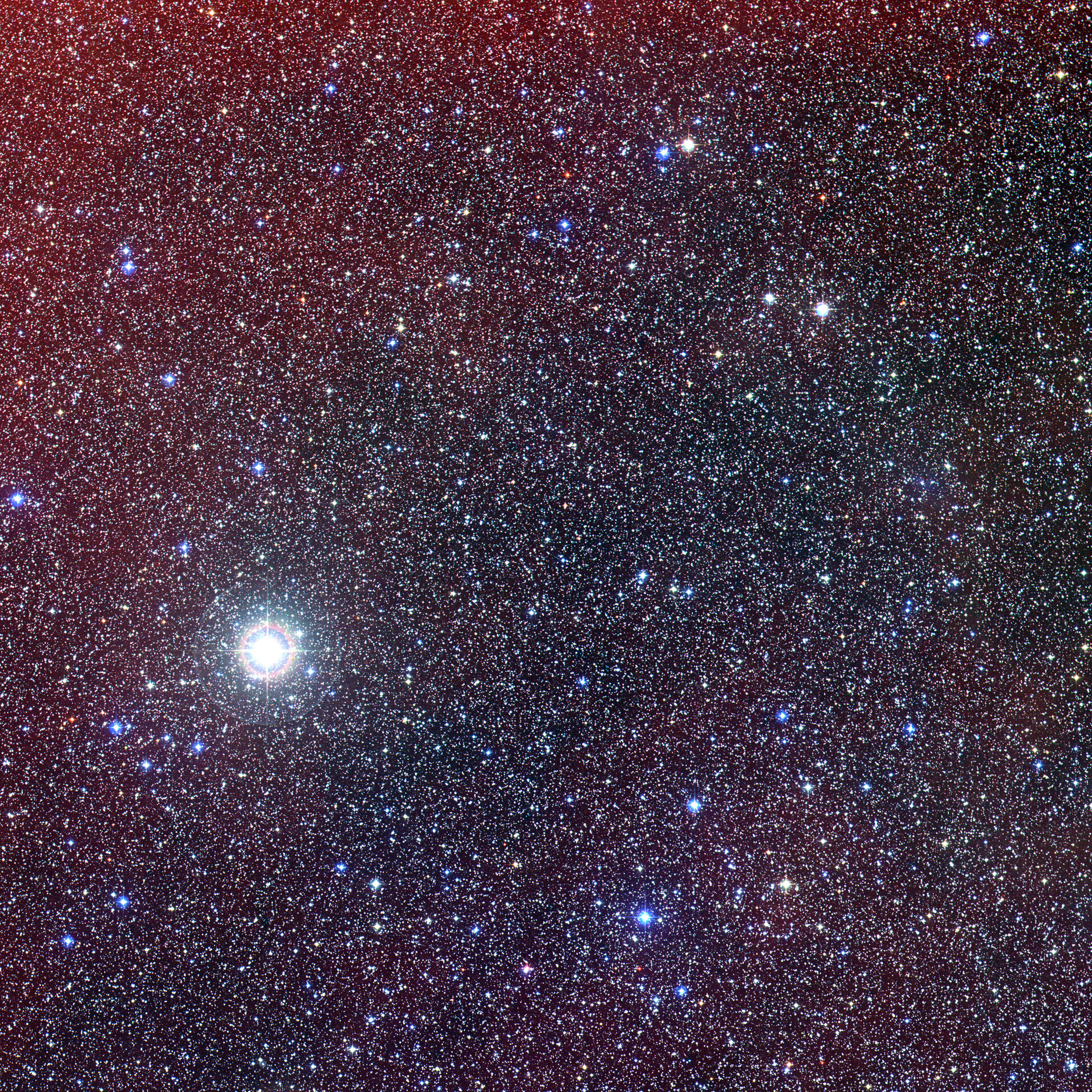 The sky direction in which Eddington will search for habitable planets

The area of sky in which Eddington will search for habitable planets has been chosen. It is in an area which is easy to identify with the naked eye, and which is well visible now in our summer skies.

Eddington will point in the direction of the constellation of Lacerta, the Lizard. Lacerta is positioned on the Milky Way, and thus ensures the rich population of stars which is crucial to Eddington's success. Indeed, in the Lacerta region, 20 000 sun-like stars will be accessible to Eddington's investigation. Very few places in the sky have a comparable large number of stars in the limited area Eddington will survey.

This image is colour composite with 1.5 degree field of view centred on Lacerta, contructed from three Digitized Sky Survey 2 images. The region of sky observed by Eddington will be ten times bigger.


Lacerta is hardly a prominent constellation in the sky, as it lacks very bright stars. This makes it suitable as a target for Eddington, as very bright stars would 'blind' Eddington's telescopes. The Lacerta region is however easy to identify as it is nested between Cassiopeia, the very easily recognizable 'W' shaped constellation, and Cygnus, the very large and prominent cross-shaped constellation which dominates,
overhead, the summer sky. To find the place in the sky where Eddington will look for its crop of planets is easy: join with an imaginary line the brightest star in Cygnus and the brightest star in Cassiopeia: the Lacerta region is almost precisely midway between the two.

The coordinates of the Eddington target region are (J2000 equinox)

and the diameter of the circular target region is approximately 5 degrees.