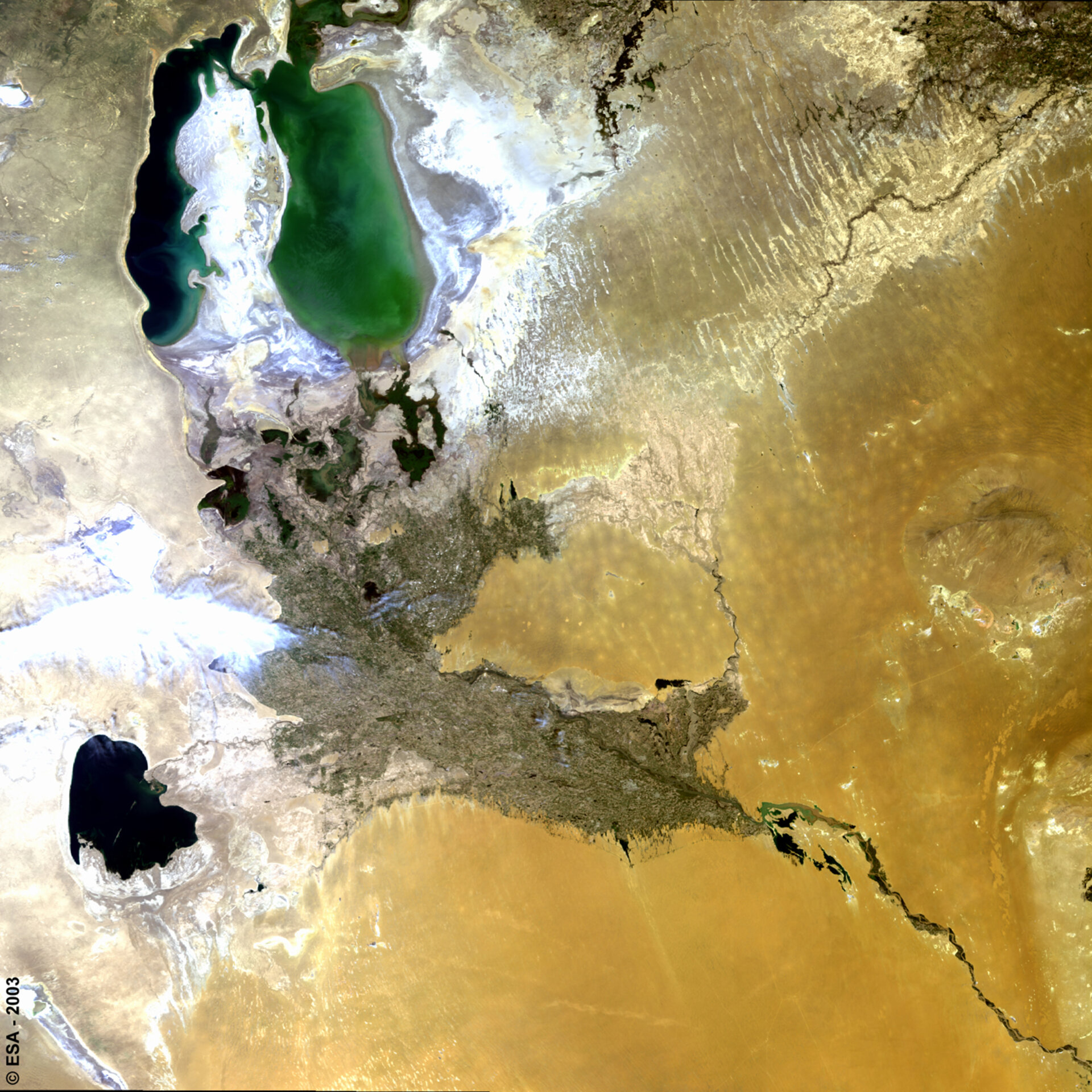 The Aral Sea is the feature in this Medium Resolution Imaging Spectrometer (MERIS), that can be observed in the upper left corner. Once the fourth largest lake in the world, the Aral Sea began shrinking in the 1960s when the Union of Soviet Socialist Republics (USSR) diverted the Amu Darya (southern feed of the lake) and Syr Darya (north western feed) rivers to irrigate the cotton crops of Kazakhstan and Uzbekistan, with the result that the water level has dropped by 13 metres and the salinity of the water has tripled in the past two decades. Fish populations have died off, and wind-blown sand and salts threaten the entire region with the advancement of the Qyzylqum Desert (centre right of the image). Today the inland sea covers about half of its former area and its water volume have decreased by about 75 per cent.