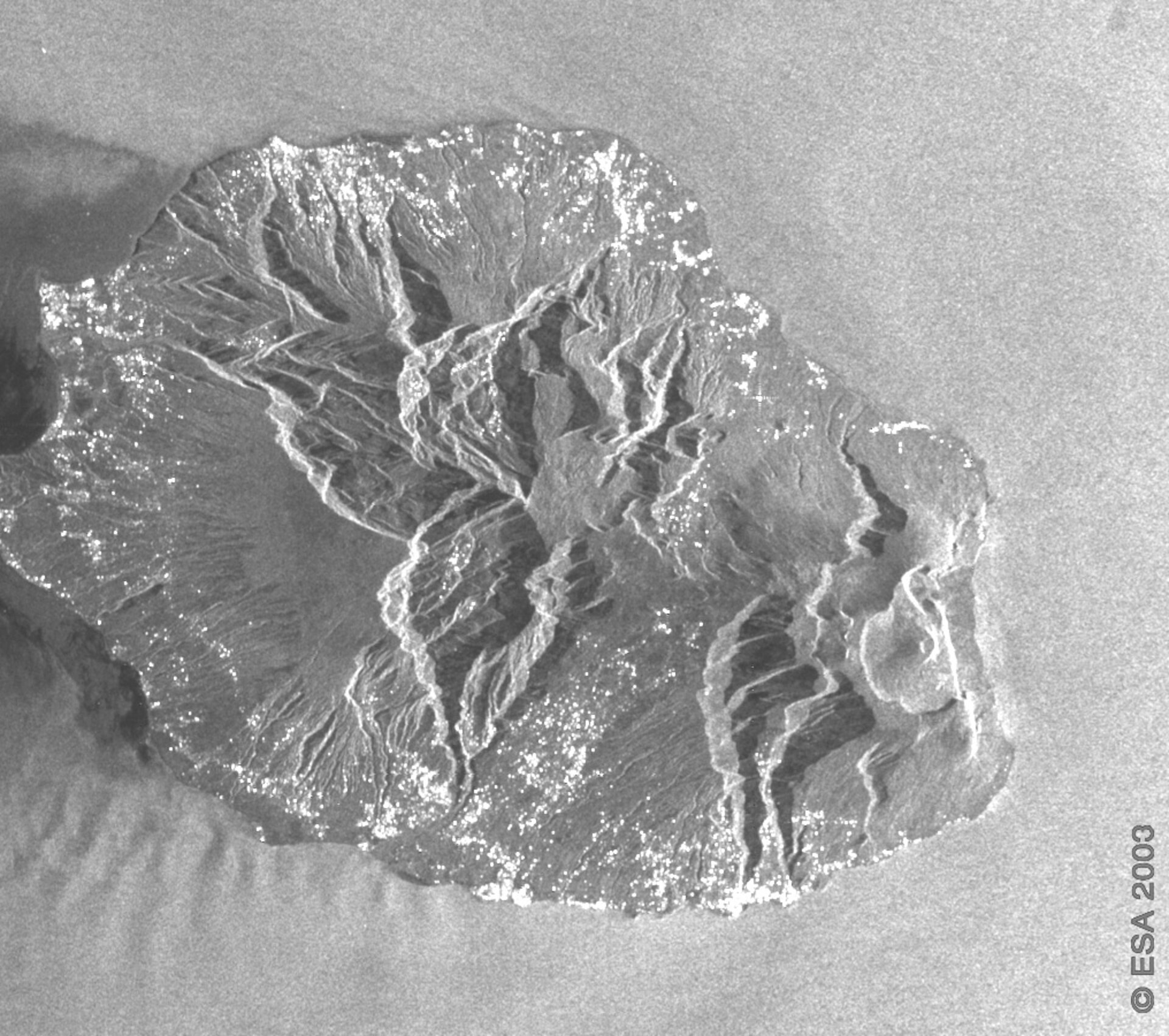 This ASAR IMM image shows an area, 105 km wide, centred over Réunion, a French island in the western Indian Ocean about 645 km east of Madagascar. This volcanic island has a particularly rugged landscape. The active volcano “Piton de la Fournaise” (2631 m) can be observed in the southeast part of the island. This is one of the world’s most active volcanoes, with more than 100 eruptions in the last 300 years. Three cirques created by huge collapses can be seen in the centre of the island. They join together into the highest peak of the island, “Piton des Neiges” (3069 m). Due to the island’s sheer relief, all human activities are concentrated on the coast (bright areas in the image). Some ships can be observed in the northwest part of the island, close to capital city and also main island port of Saint-Denis.

One particular interest of this image is the effect of the wind on the sea surface as wind modifies the local sea surface roughness. On the day this image was acquired, the wind was blowing from east to west and the high relief of the island protected the western side from the wind, resulting on calm sea surface area that appears in low grey tones on the centre-left part of the image. Another example of a wind-protected area is created by the coral reef on the southwest coast of the island, between Saint-Gilles and L’Etang Salé.
Finally in the southwest coast, several lee waves can be observed. Lee waves are a special case of atmospheric gravity waves in which the wave motion is forced over a terrain obstacle, in this case the coastal relief of the island.