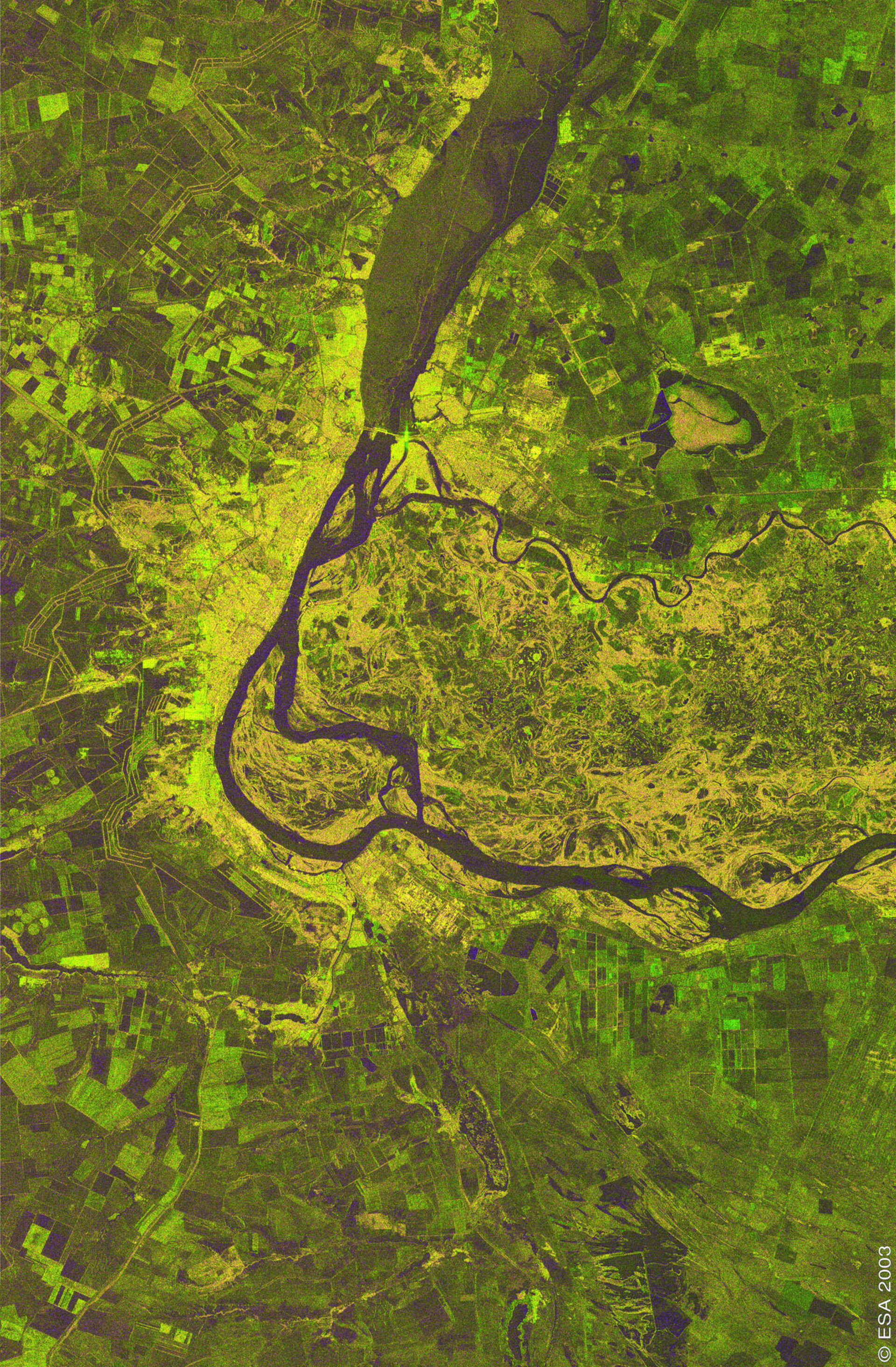 This ASAR APP image shows an area, 70.1 km wide by 105.2 km long, centred over the city of Volgograd, formerly Stalingrad, along the western bank of the Volga. In this image, the Volga -the longest river in Europe with a length of 3700 km- flows south from the top to the centre of the image, then east from the center to the right. Volgograd is the major River Volga port and the eastern terminus of the Volga-Don Canal.

Urban areas with sparse vegetation, like Volgograd in the western bank of the Volga, are generally visible in yellow-green tones indicating equally high backscatter in HH and HV. Blue tones in the image indicate low HH and HV backscattering, being the HV backscattering higher than HH, corresponding to the Volga River, channels, lakes or wet areas. The use of cross-polarised data improves the discrimination between surface scattering and volume scattering. Smooth surfaces, such as bare soils or areas with low vegetation appear in green tones (dominant HH backscattering) while vegetated areas appear in orange tones due to high HV backscattering associated to volume scattering. The pattern of eddies observed in orange tones from centre to right in the image corresponds to numerous meander bends covered by vegetation (high HV backscattering) on the Volga's floodplain. The Volga-Don Canal can be seen in blue colour flowing to the west from the south part of Stalingrad.