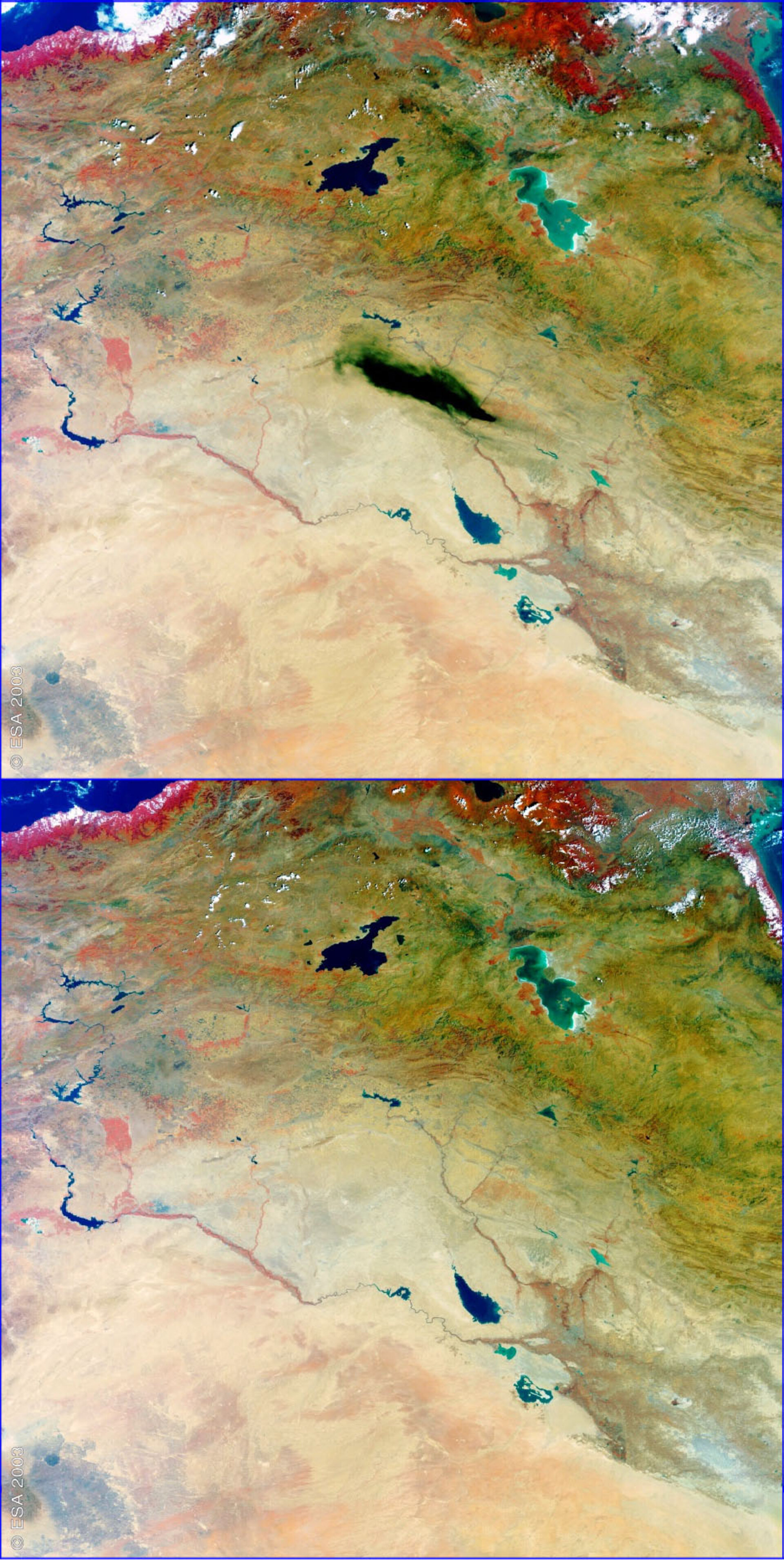 The top image shows a huge black smoke cloud (in the centre of the image) produced by the burning of an oil pipeline near the city of Kirkuk in northern Iraq. The dense cloud of oil has an extension similar to the Iranian lake of Urmia (4700 square kilometres), seen in turquoise colour in the top right of the image. Media reports of an act of sabotage along the segment of the pipeline that transports crude from Kirkuk to Baija, site of Iraq's largest fuel refinery. In comparison, the bottom image shows the same scenario three days before the pipeline was aflame.
Kirkuk, in the north of Baghdad (seen in the image in grey colour on the Tigris river), is in one of the richest oil fields of the country, accounting for 40 percent of Iraq's oil production. The city is origin of pipelines extending to the Mediterranean coast, which also suffered from attacks during the month of August. Images processed by Brockman Consult.