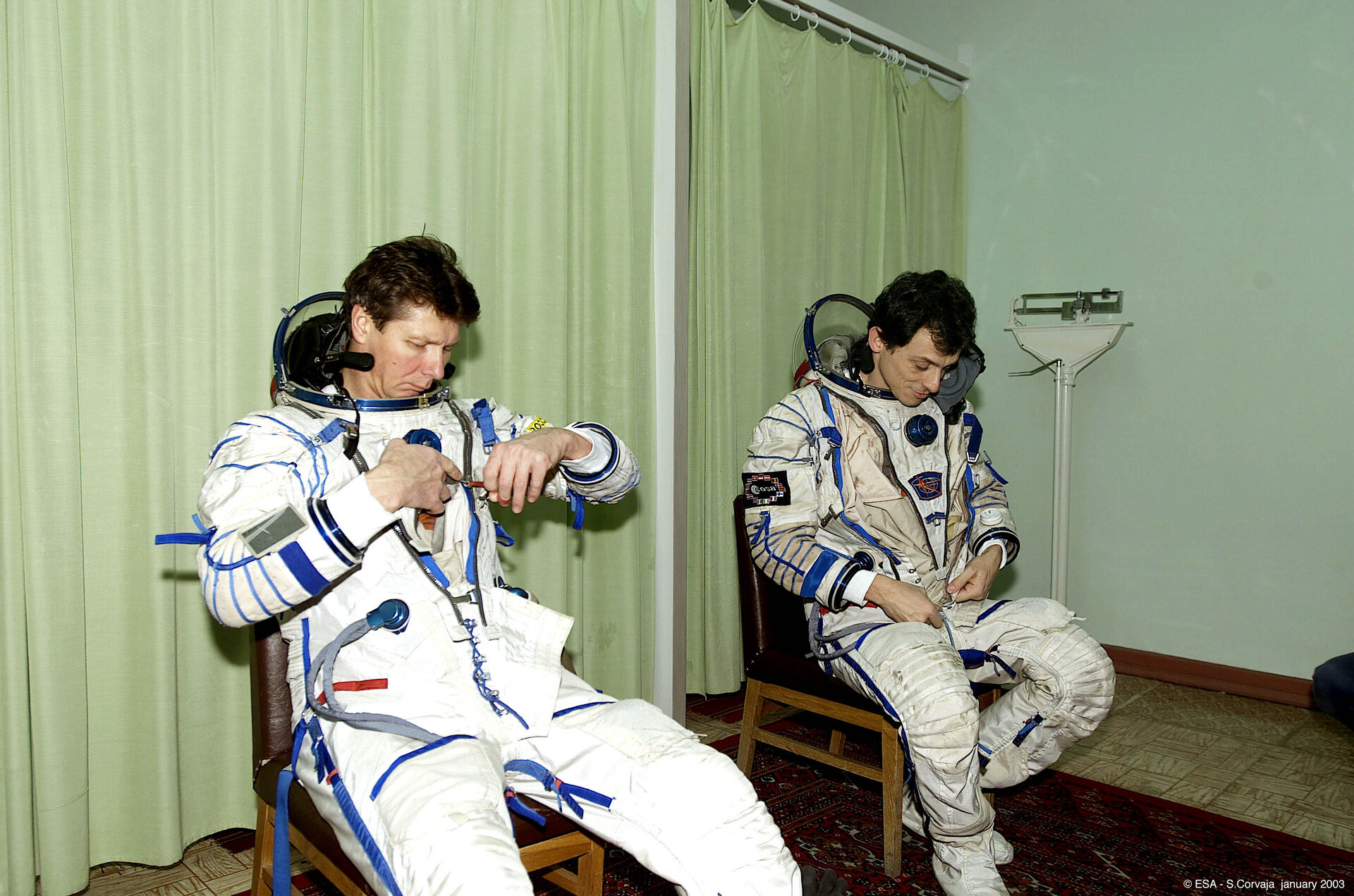 Russian cosmonaut Gennady Padalka (left) and ESA astronaut Pedro Duque, from Spain, (right) are donning their Sokol pressure suits before a training session in a Soyuz TMA simulator at the Gagarin Training Center, also known as Zviezdny Gorodok ("Star City"), near Moscow, in January 2003, in preparation for their flight to the International Space Station (ISS), then scheduled in April on Soyuz TMA-2