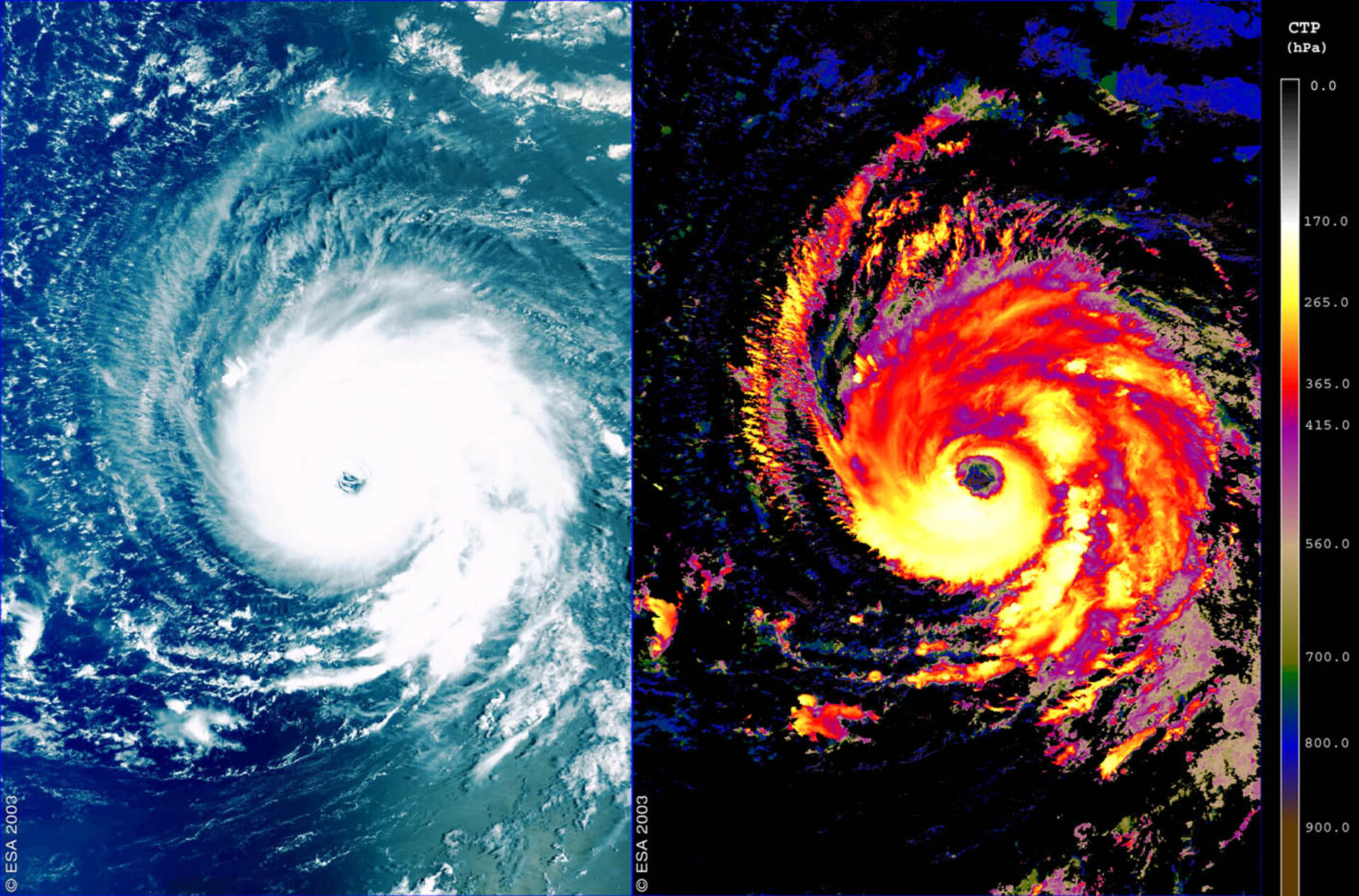 These Medium Resolution Imaging Spectrometer (MERIS) images show the Hurricane Isabel located 2000 kilometres east of the Leeward Islands and moving west-northwest in the Atlantic Ocean at about 22.5 kilometres an hour. At the time the image was acquired the hurricane had strengthened into a Category 3 hurricane on the five-point Saffir-Simpson scale with winds estimated at 200 km per hour.

The left image, resulting from a colour composite (R-865 nm, G-560 nm, B-412.5 nm), shows how the hurricane is very well organized with a well-defined eye and the thick cloud structures associated with the convection within the eye wall -where the hurricane winds revolve at their fastest. The outer areas are made up of dense thunderstorm bands, which brought, ten days later this image was acquired, intense rainfall and flooding to the North American coast.
The right image shows the cloud top pressure (CTP) defined as the atmospheric pressure at the altitude of the top of the cloud. As can be seen in the image, the CTP varies really largely, from 360 hPa (approximately 8 km) in the spiral arms down to lower than 800 hPa (approximately 2 km) in the centre of the hurricane. This image demonstrates the great advantage of 2-level MERIS products to achieve information that cannot be derived today with any other spaceborne instrument.