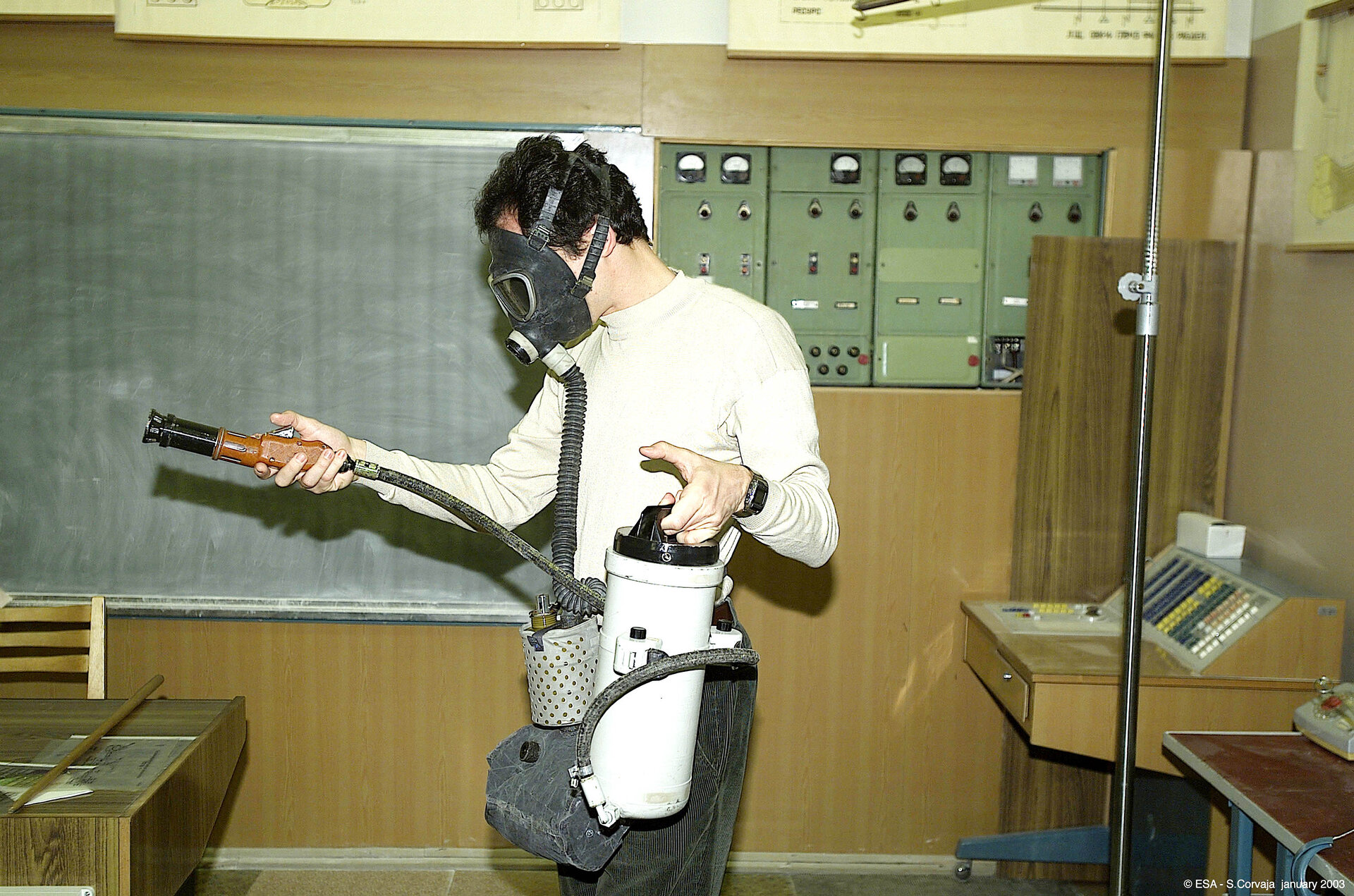 Spanish ESA astronaut Pedro Duque practices with a fire extinguisher, at the Gagarin Training Center, also known as Zviezdny Gorodok ("Star City"), near Moscow, in January 2003, during training for his flight to the International Space Station (ISS) in October on Soyuz TMA-3. Pedro Duque wears an oxygen mask to protect him from toxic fumes.