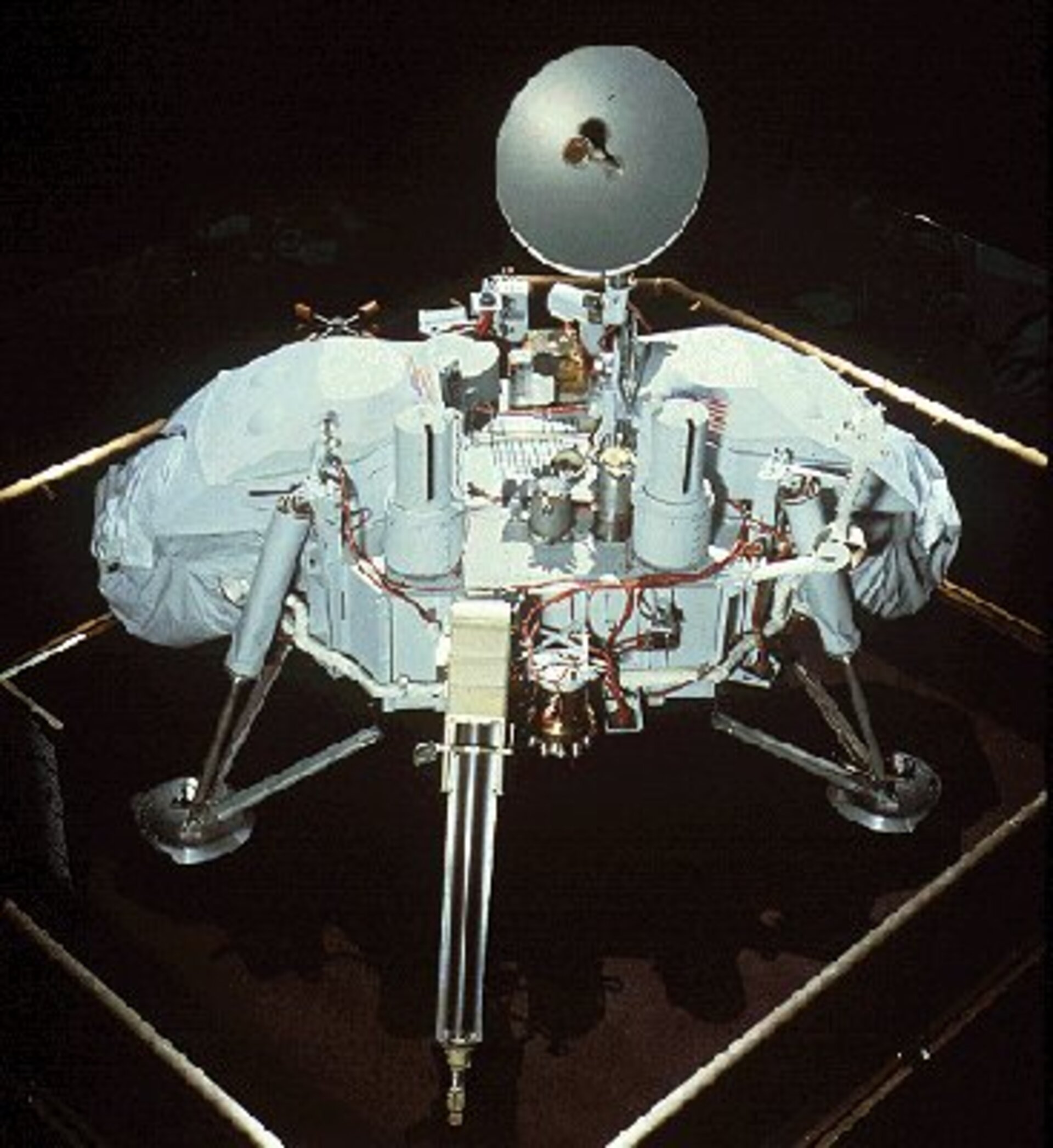 Two Viking landers were the first spacecraft to conduct prolonged scientific studies on the surface of another planet. Viking 1 began its 10-month journey to Mars on 20 August 1975. Viking 2 followed on 9 September. After entering Mars orbit, the spacecraft orbiters conducted photographic surveys of the planet's surface to assist in the search for safe landing sites. Viking 1 landed on 20 July 1976; Viking 2 landed on 3 September 1976.