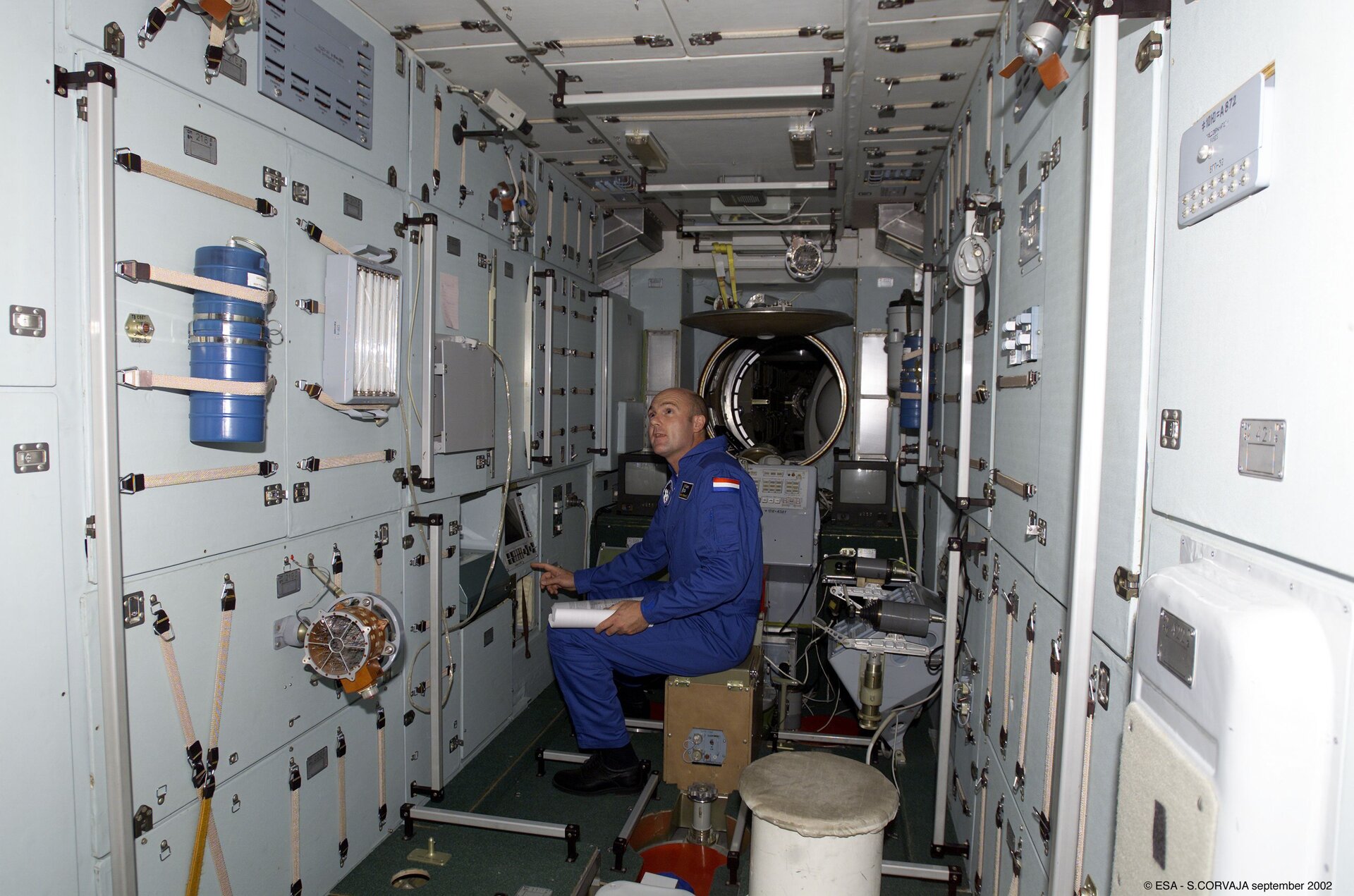 ESA astronaut André Kuipers, from The Netherlands, sits at the controls of the Toru manual docking system in the mockup of Russia's Zvezda service module of the International Space Station (ISS) at the Gagarin Training Center, also known as Zviezdny Gorodok ("Star City"), near Moscow, in January 2003, during training as member of the back-up crew for the Cervantes mission to the ISS and of the prime crew for the following flight.